“Plain as Day”: The Scriptural and Historical Roots of Mormon Socialism 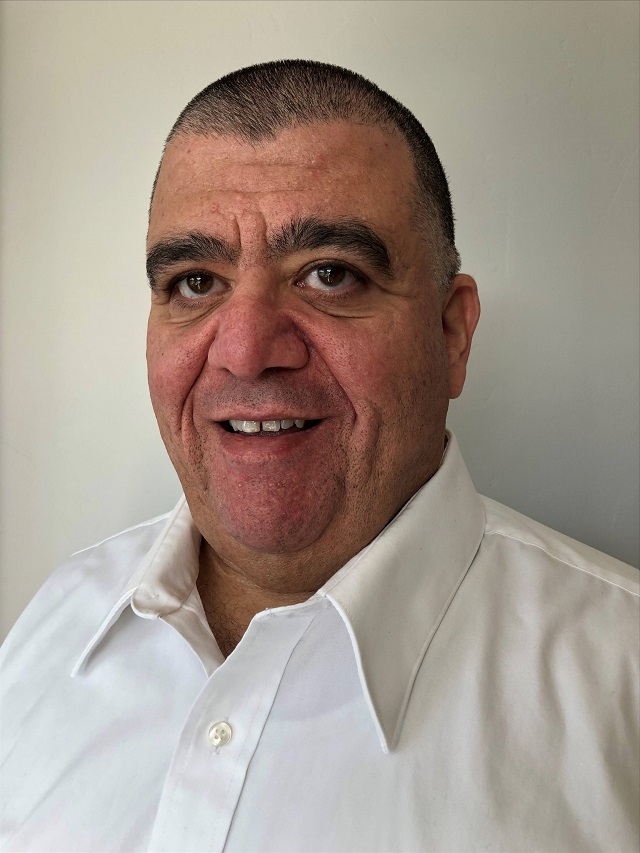 Jabra Ghneim knows what you are thinking. The Mormon Liberation Theology Project he coordinates sounds like an oxymoron. So does his self-identification as a devoutly Mormon socialist. Might as well be Republicans for Labor Unions, or the Tea Party Living Wage coalition. Right?

Wrong. And Jabra Ghneim is eager to show you why. “People, including me, are shocked when they first learn about the history of progressivism in our church,” he says. “It runs deep, and it starts from the very beginning of our history.”

Like every good religious advocate, Ghneim bases his argument first in scripture. He points out that the Book of Mosiah in the Book of Mormon, a sacred text of the Church of Jesus Christ of Latter-day Saints, begins with a speech by King Benjamin that many Mormons believe contains the essence of their faith’s theology. In his speech, Benjamin insists that salvation comes from sharing wealth and goods.

“Ye should impart of your substance to the poor, every man according to that which he hath,” Benjamin says, echoing both Biblical and Marxist themes. “Such as feeding the hungry, clothing the naked, visiting the sick and administering to their relief, both spiritually and temporally, according to their wants.”

It is not for us to determine who is deserving of those shared resources, either: “Perhaps thou shalt say: The man has brought upon himself his misery; therefore I will stay my hand, and will not give unto him my food, not impart unto him of my substance,” Benjamin says. “But I say unto you, O man, whosoever doeth this the same hath great cause to repent.”

The church’s Doctrines and Covenants, which include revelations delivered to church founder Joseph Smith, translates those broad mandates into a tangible, socialistic system. Section 51 tasks church bishops with gathering the collective’s goods and money and then distributing food and clothing to every family “according to (their) wants and needs.”

Further revelations describe this system as the Lord’s storehouse, devoted to ensuring equality among all. “In your temporal things, you should be equal and this not grudgingly, otherwise the abundance of the manifestations of the Spirit shall be withheld,” reads Section 70, an 1831 revelation. “For if ye are not equal in earthly things ye cannot be equal in obtaining heavenly things,” says Section 78, a revelation from the following year.

These passages are not marginalia, Ghneim says. “A major theme of the Book of Mormon is that societies that start with a belief in God can go the way of the devil by switching their attention to money and riches.” He points to the Book’s Sermon at the Temple, where Jesus appeared and repeated the Gospel of Matthew’s Sermon on the Mount, including the Beatitudes.

For the LDS church’s earliest members, these scriptural commandments guided their daily life and their economic systems. John Sillito, professor emeritus at Weber State University and co-author of  A History of Utah Radicalism: Startling, Socialistic, and Decidedly Revolutionary, says that the Mormons arrived in Utah in 1847 with a distinct social and political viewpoint. And it looked nothing like the conservative Republicanism the state and the faith are known for now.

“They brought with them a kind of utopian socialism,” Sillito told CNN in 2014. “It was very much everyone putting into the community what they have and taking from the community what each individual needed. So there is a radical communitarian heritage in Mormonism.”

That communitarianism, sometimes known as the United Order, had its foundations in the Mormon law of consecration, the revelation that calls for church members to voluntarily deed—or consecrate—their property to the church. In a practice that invoked the “all things in common” economic structure of the first Christian communities described in the Acts of the Apostles, Mormon bishops stored and then distributed community resources to ensure that all needs were met.

The United Order communities did not endure in Utah for long, but the Mormon collectivist philosophy shaped the region’s politics for decades. In 1896, Democrat and Populist Party candidate William Jennings Bryan received a whopping 80% of the Utah vote. As Sillito chronicles in A History of Utah Radicalism, the Socialist Party was active and popular in the state for the first two decades of the 20th century, including among Mormons. Between 1900 and 1923, over 100 Utah Socialists were elected to local or state public office.

By the middle of the 20th century, Mormon leaders focused on obtaining mainstream acceptance for the church begun migrating toward a far more conservative brand of politics. LDS church apostle and eventual church president Ezra Taft Benson served as the Secretary of Agriculture in the Eisenhower administrations. Benson veered even further to the right after leaving the cabinet, supporting the John Birch Society and labeling Martin Luther King, Jr. and even Eisenhower as communists. Benson was one of several church leaders—including Mitt Romney cousin Marion Romney—who during the Cold War issued statements insisting that the law of consecration bore no resemblance to communism, all appearances notwithstanding.

Yet not all of the church’s leaders backpedaled away from the communitarian commandments of Mormon scriptures. Ghneim and his fellow members of the Mormon Liberation Theology Project draw inspiration from Benson’s predecessor as church president, Spencer Kimball, who in 1976 devoted his first presidential message to “The False Gods We Worship.”

“Evil seems about to engulf us like a great wave, and we feel that truly we are living in conditions similar to those in the days of Noah before the Flood,” Kimball said. The evil—and the False God—were personal wealth. “Many people spend most of their time working in the service of a self-image that includes sufficient money, stocks, bonds, investment portfolios, property, credit cards, furnishings, automobiles, and the like to guarantee carnal security throughout, it is hoped, a long and happy life.

“We expend these blessings on our own desires,” Kimball said. “As Moroni said, ‘Ye adorn yourselves with that which hath no life, and yet suffer the hungry, and the needy, and the naked, and the sick and the afflicted to pass by you, and notice them not.’ ”

At the time Kimball was issuing his jeremiad, Ghneim was growing up in a Palestinian family, originally from Bethlehem but exiled in Kuwait. Although nominally Christian, Ghneim’s parents were nonobservant. They were, however, members of extended families of dedicated Marxists. Ghneim has aunts and uncles who were arrested and tortured in Jordan for distributing communist literature, and he identified with that tradition. “When I was growing up, my dad had a secret stash of Marx and Lenin books, and I read all of it. I was the kid who spoke about dialectic materialism to my friends, and nobody understood me.”

Ghneim went to university in Jordan, where he was introduced to Mormonism. Soon after, he earned a scholarship to study economics at Brigham Young University. The libertarian philosophy of the BYU economics department was jarring to him, but then Ghneim discovered the courses taught by legendary Mormon scholar Hugh Nibley.

Although Nibley criticized communism as being too focused on the material at the expense of the spiritual, he embraced the socialist nature of Christian and Mormon scripture. In his most popular text, Approaching Zion, Nibley cites the equality mandates in the revelations to Smith and points to church elder Brigham Young’s harsh condemnation of 19th century capitalism.

To hoard wealth and fail to ensure every human’s needs are met flies in the face of the Book of Mormon’s most basic commandment, Nibley said. “Instead of telling them what they should not do, (King Benjamin) has told them what they absolutely must do, the minimum if they would expect God's blessings. If one who has more than he really needs withholds it from those who do not have enough, he is stealing, holding on to that "which doth not belong to you, but to God" (Mosiah 4:22), who wants to see it distributed equally,” Nibley writes.

“And that ends King Benjamin's discourse, devoted not to pious and high-sounding generalities but to the rule that whoever has more than he can eat must share to the limit of his resources with those who do not have enough.”

Ghneim eventually settled in Utah, married a fellow Mormon, and completed his Ph.D. in education at BYU. He now does translation work for clients that include the LDS church. “I’m a very faithful, observant Mormon, and I believe in the leaders of our church’s roles as prophets and revelators,” he says. “But I feel like progressivism and liberation are core concepts of the church, and those things are being forgotten.”

Which led Ghneim and fellow LDS members to join forces with others to form the Mormon Liberation Theology Project. “A liberation theology is consistent with our baptismal covenant, which we renew in Sacrament meeting every week and in the temple whenever we attend it. It is consistent with the commandment that we succor the poor” he says. “The church image may have changed over the years, but none of those doctrines has been overturned.”

One of the Project’s core challenges is responding to the dominant view in modern-day Mormonism that private property is sacrosanct and the poor are to be assisted only to the level that property-holders conclude they deserve. “But this is not what the Book of Mormon says,” Ghneim points out. “We have to share what we have—no ifs or buts.”

In Sunday School lessons and community campaigns, including several successful refugee support fundraisers, that is the message Project members are delivering. Before the pandemic slowed those efforts, some hearts within the church were beginning to soften, Ghneim says. It helped when LDS members recognized that the church has not completely abandoned its progressive roots.

For example, Mormons still are strongly encouraged to submit “fast offerings,” donating the money that represent the cost of two meals skipped on one Sunday per month. That money funds a modern-day version of the Lord’s storehouse called for in the revelations to Joseph Smith, and Bishops draw from the assets to assist people with food, rent, and even medical expenses.

Ghneim does not hesitate to label this widespread practice a form of income redistribution, contributing to Utah having by some measures the lowest income disparity of any state in the U.S.  “That’s the main goal of the project: just to remind people what is there in our church scriptures and history, and the need to implement it,” he says.

“It is right there before you, plain as day: if you worship mammon, if you abandon the needy, you will get destroyed. It is a clear message.”