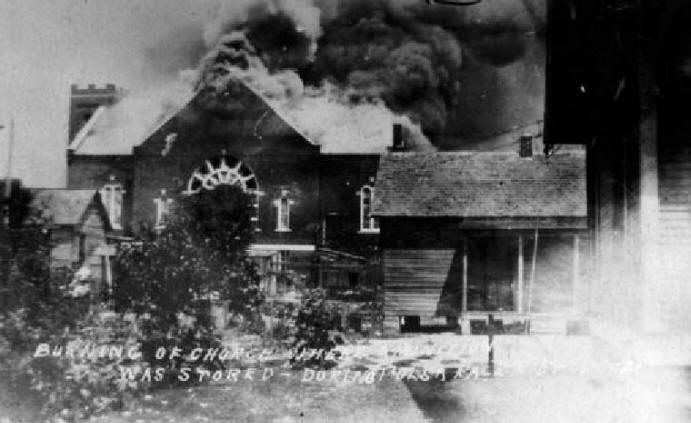 Editors’ Note:  July 12-18 has been designated a Week of Righteous Resistance, during which many faith groups will come together to bear witness and commit to action against white supremacy. #THISISWORR (livefreeusa.org/worr). Go to the websites of Moral Mondays, PICO, Showing Up for Racial Justice, Sojourners, and #WHOISBURNINGBLACKCHURCHES for more information.

Historically, black churches have played a unique role in American life. More than any other institution, these houses of worship were where black folks could find comfort, affirmation, and community. Hymns and spirituals gave voice to our cries as they soothed our souls. Loving embraces and words of kindness buttressed us against a culture that communicated hostility toward our lips, hips, and skin pigmentation.

In a sermon given at Chicago’s Trinity United Church of Christ, Jeremiah Wright  called these churches the only black institutions that remain “unbought and unbossed.” Therefore, it is no surprise that they were ground zero for black movements seeking positive social change and targets of white supremacist violence. What we are seeing is not new.  And fire has not been the only weapon used against black churches. The June massacre in Charleston, South Carolina, of nine members of a Bible study group recalls the bombing death of four Sunday School children in September 1963 at the 16th Street Baptist Church of Montgomery, Alabama.

“They died between the sacred walls of the church of God,” Martin Luther King, Jr., said, as “they were discussing the eternal meaning of love.” No, fire is not the only way black churches have been attacked, but churches are, indeed, burning again. Thus far, there have been seven fires in southern states, and one suspected arson attack in California.

Almost a hundred years ago, as Cameron McWhorter recounts in The Red Summer of 1919 and The Awakening of Black America, black churches were almost always burned during race riots. Between the months of March and September of that infamous summer, more than a hundred churches were damaged or destroyed by fire.

I am the assistant pastor of a historically black church in Oklahoma City. After the shootings in Charleston and the suspicious number of black church fires that followed, our parishioners asked us hard questions. Will we put metal detectors at the entryway? Will we have armed “armor-bearers” (guards) in strategic places around the sanctuary? Will we have “closed” worship services? Should we sacrifice comfort for safety?

In the Gospel according to Mark, the narrative often puts interlocutors in positions where they must choose between faith and fear. If the characters choose faith, they continue on “The Way” (following Jesus). If they choose fear, they deviate from the path. This is that kind of moment for members of black churches. And it is a moment we’ve lived through before.

We did not allow the race riots and church burnings during the red summer of 1919 to keep us from places of worship. Nor did those attacks bully us into silence. Spurred by the work of Ida B. Wells and the NAACP, that summer was a catalyst for the birth of the modern day civil rights movement.

The 1963 bombing of 16th Street Baptist Church did not quell the social action of  the Southern Christian Leadership Conference or the Alabama Christian Movement for Human Rights. It bolstered the resolve of the protestors and rallied support for the passage of the Civil Rights Act of 1964.

We’ve been here before, and we know how to respond. Yes, the members of my church may feel safer when we have trained armor bearers in place. But we can use this moment as a rallying point around which to build a new civil rights movement. This could be the moment when black places of worship awaken from their complacent slumber and realize that they are not yet to the Promised Land. Although black churches have usually played a major role in black social justice movements, there has been thunderous silence from too many black pastors about the #BlackLivesMatter movement.

Now is the time. Black churches, black pastors—it’s time to wake up, and, more important, #StayWoke 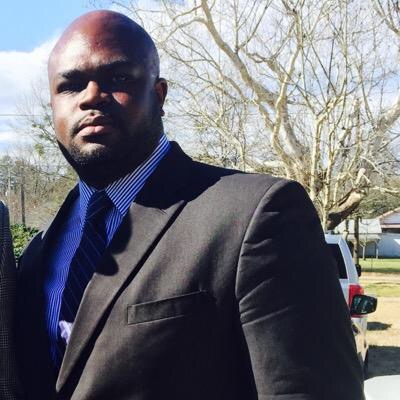 Lawrence Ware is a contributing editor of Religious Socialism, professor of philosophy, and diversity coordinator for Oklahoma State University’s Ethics Center. He has written for Huffington Post and been a commentator on CNN. He has taught and lectured across the country on issues ranging from race to economic policy.