A Message from the Future 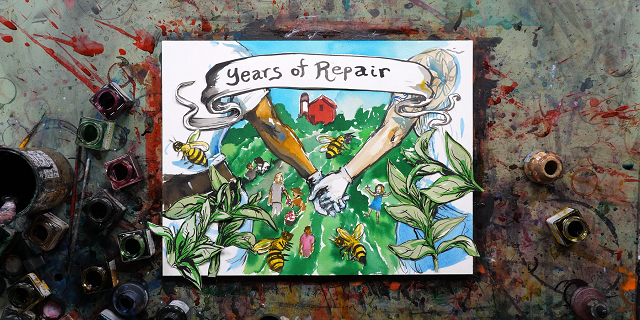 The election this month of a corporatist Democrat as U.S. president is far better than the alternative. But religious socialists aim for so much more than a return to the neoliberal policies of 2015, and the rampant inequality, profiteering, and climate destruction they enable.

So this seems like a good time for Religious Socialism to lift up the two inspiring “Message from the Future” short videos from The Intercept, featuring Rep. Alexandria Ocasio-Cortez and Black Lives Matter co-founder Opal Tometi and illustrations by Molly Crabapple.

Here is an excerpt from Naomi Klein’s introduction to the first video, which received an Emmy nomination:

“Set a couple of decades from now, it’s a flat-out rejection of the idea that a dystopian future is a forgone conclusion. Instead, it offers a thought experiment: What if we decided not to drive off the climate cliff? What if we chose to radically change course and save both our habitat and ourselves?

What if we actually pulled off a Green New Deal? What would the future look like then?

This is a project unlike any we have done before, crossing boundaries between fact, fiction, and visual art . . . it’s our “green dream,” inspired by the explosion of utopian art produced during the original New Deal.”

The videos and Klein’s introductions to them are available on The Intercept’s website here.

Image is from A Message from the Future II: The Years of Repair