An Evangelism of Hope 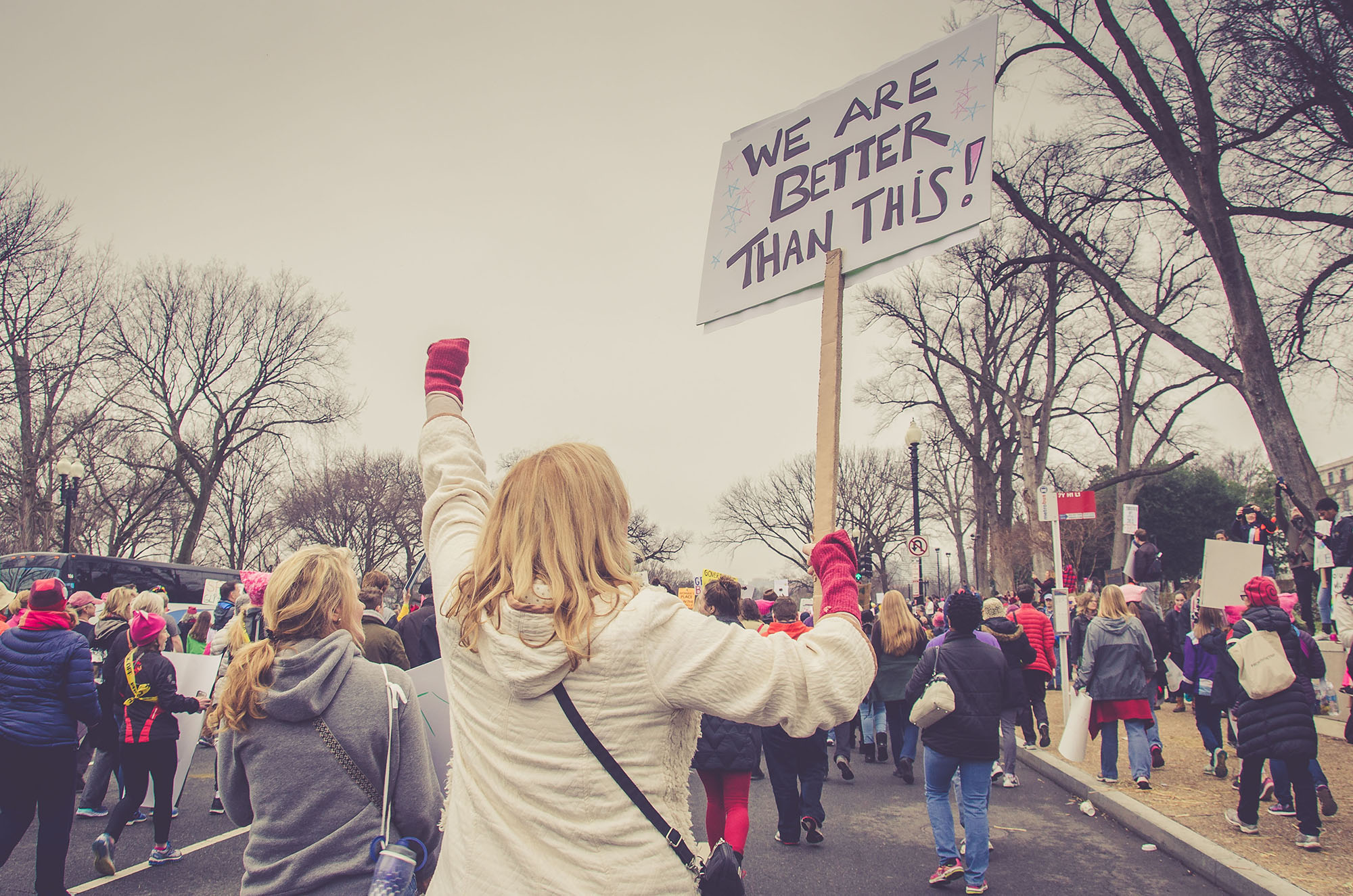 Every week, I send out an action alert to a network of resisters, for lack of a better term, and sign off with “Persist!” I say that because I know that the barrage of assaults against democracy, immigrants, our environment, and free speech will continue. So will the assaults against truth and reason. There will be days when it will be difficult to see hope in the situation and therefore easy to surrender.

To be honest, half the time when I tell my comrades to “Persist!” I cannot see any hope myself. But I know that God sees it, and that is enough. I can keep resisting for a thousand years, because I know that God’s vision extends to the inevitable triumph of justice. I just need to serve God to the best of my ability, however limited that may be. I’ll bail somebody out; organize a phone bank; give a talk. Any or all of these things may be a finite failure. But God will make something out of the scraps we all create. The finished quilt will be magnificent, a great comfort though I know I will not live to see it.

That comfort is unavailable to many dear friends and fellow resisters who have rejected religion for perfectly sound reasons. For that, I am angry at every televangelist who ever implied that their viewers’ credit card numbers were the Keys to the Kingdom. I am angry at my own beloved church for enabling rapists because its leaders cared more about protecting an institution than protecting children. I am angry at every homophobe who ever wrapped prejudice in piety.  I am angry at anyone who professes to believe in my God or any other and can somehow countenance executions, homelessness, rivers so polluted that they burn, kids so ashamed that they take their own lives, or an economy that requires winners and losers – as if anyone or anything created by a divine hand could be less than infinitely precious. 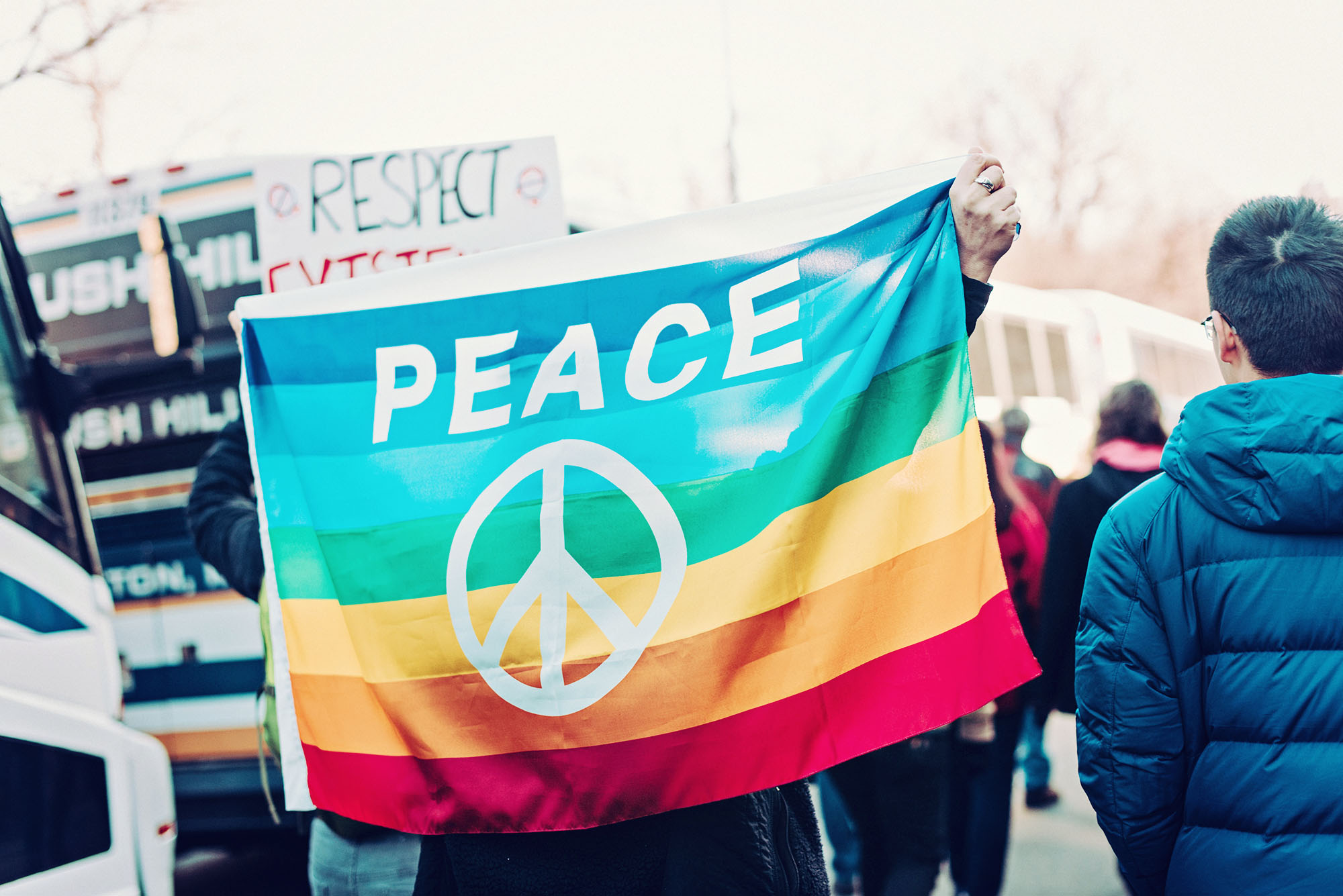 Such purveyors of perverted religion have delegitimized religion in the eyes of so many, particularly those who cannot stand injustice and the abuse of power; that is: the very people who make up the resistance: the people who need to know that hope persists, even when it is invisible to the human eye.

Lately, in my prayer life, the image of Jesus walking on water keeps coming into my consciousness. It is an unusual miracle. The Gospels tell over and over of Jesus being moved by compassion to heal, cast out demons, feed the hungry. There is no apparent motivation for this particular wonder. He simply does it because he can and invites Peter to do the same. Peter famously sinks, dragged down by a faith too weak to bear him up, and Jesus must save him.

Finally, I realized the relevance of this episode in my own life. God can do anything and, even when I don’t fully accept this, will hold me up as I lumber toward Him. I don’t need to see the hope if I make God my hope. I find this a source of joy and reassurance.

But, of course, I don't share this with my persistent friends. That would seem like proselytizing, an activity several notches below telemarketing in most people’s estimation, mine included. Religion has come to be seen as such an attempt to impose your own brand of right-wing crazy upon others that it is difficult for people of faith to share the most central part of our being, at least outside our own houses of worship – where, conversely, it is often impossible to share our politics.

Believers must somehow develop a new vocabulary. We must be evangelists of hope, even to people who refuse to accept the source of that hope. We must create spaces for faith in its broadest definition, independent of our various religions. I have no idea how to do this. Even putting these thoughts into words seems like stepping outside the boat. In the deep imperfection of my faith, I feel the water rising to my knees. I am stepping, nevertheless, toward something I cannot see, confident of strong arms to catch me.