Articles on India Covid Crisis, the U.S. Poverty-Wage Economy, and the Tulsa Race Massacre of 1921 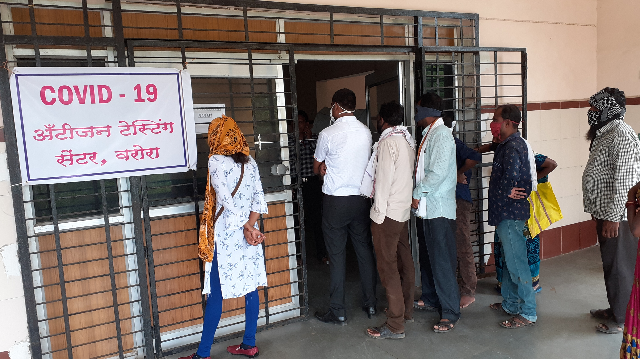 In this week’s issue of Religious Socialism, we lift up three important articles.

The first, by our RS Working Group colleague Nicole-Ann Lobo, in Dissent, is “The Roots of India’s COVID Crisis”:

“The numbers reported don’t even begin to account for India’s many rural villages, which have received even less attention and support than the cities, or the vast numbers of people who cannot obtain a COVID-19 test in the first place. Hospitals are overflowing, oxygen is almost impossible to find, and people are dying while waiting to be seen by doctors. Apocalyptic photographs of mass funeral pyres and desperate pleas for help circulate on social media . . .

“Much of what has rendered India a disaster zone is the direct result of Modi’s policies. Yet even before Modi, India had deemphasized the importance of investing in public health and, more recently, focused on the short-term “benefits” of privatization.”

The second article we highlight is by DSA member, “The Magnificast” podcast co-host, and Fight for 15 digital organizer Matt Bernico. “Wage Against the Machine” was published in Sojourners:

“Rather than see this as a labor shortage caused by unmotivated workers — a narrative that ultimately forces workers into taking low wages — we could look at what's happening from the perspective of the workers. Using this lens, it’s clear that the problem isn’t caused by workers, but rather by McDonald's, Burger King, and other fast-food chains unwilling to provide adequate compensation and safe working conditions to attract workers . . .

“Informed by biblical tradition, Christians cannot be neutral in matters of wages and must advocate for workers' rights. What's at stake in the labor/pay shortage discourse is the story we tell ourselves about the economy and how it works . . .All too often, employers even spin a rhetorical web of racist and anti-worker tropes to avoid paying a fair price for the labor they need.”

Finally, with this week’s 100th anniversary of the Tulsa Race Massacre, we note this article in The Oklahoman,  “Led by Modern-Day 'Moses,' Tulsa's Mount Zion Baptist Rose from Ashes after Race Massacre,”  about a church destroyed by a racist, vengeful mob:

“It was April 1,1921, and the Rev. R.H. Whitacker was ecstatic to officially bless the house of worship that he and his church members had funded through their generous offerings and tithes. Two months later, the preacher watched in horror as the new structure was burned down during the Tulsa Race Massacre. The once beautiful church was set ablaze by a white mob that incorrectly insisted that Black Tulsans had stockpiled ammunition in the house of worship.”

Yet the members and leaders of Mt. Zion Baptist refused to let that be the church’s final chapter: “It rose from the ashes to become stronger and better than ever.”