Beyond Ramps and Special Seating: Practicing A Black Liberation Theology of Disability 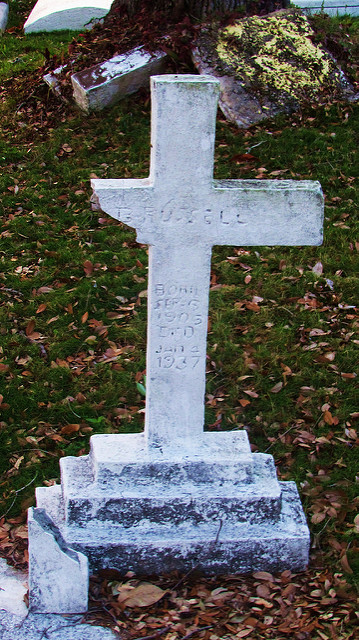 July marks the 31st anniversary of the signing of the Americans with Disabilities Act, legislation that is often compared to the Civil Rights Act of 1964. Much progress has been made, but as Kendrick Kemp reminds us, churches still lag behind, trapped by archaic beliefs regarding wholeness. Here, in a post originally published in July, 2016, he proposes a Black Liberation Theology of Disability. Rev. Kemp will be speaking at a roundtable on Beliefs and Disability on June 30th. Click the link to register! —Eds.

I was 20 years old when I had my first stroke. It was a Sunday morning, and most of the family had left for church while my older brother and I were sleeping off a night of partying. I was on my way downstairs for some breakfast when suddenly I could not feel my legs. I grabbed the railing and called for my brother, who did not answer. Scared, I continued down the stairs, gripping the railing. After a couple more steps, I fell. The last thing I remember is my brother’s look of terror as he came down the stairs, having heard the crash of my fall.

After two years of rehabilitation, I could walk on my own. I had regained my ability to speak. Then, I suffered a second stroke.

Prior to suffering two strokes, my identity was varied. I was defined in the plural, not the singular. I was a man, a citizen, a pastor’s kid, and a Christian. I was raised within a working- class community and brought up in a working-class family. I was an athlete, making All-Sectional as a running back in football, All-State as a forward in basketball, and I set Lyons Junior and Senior High School track records in the 400, the 800, and the mile relay race.

Then came that first stroke. Shortly after defying my doctor’s expectations by learning how to walk and talk again, I suffered the second stroke. Again, I learned to walk and talk. I earned a B.S.W. from Syracuse University, then an M.S.W. from Binghamton University, and this year I graduated from Union Theological Seminary with a Master’s degree in Divinity. I have spent a lifetime overcoming, yet the moment I suffered that first stroke my identity became singular: I became disabled.

The biggest blow to my progress has not been the two strokes or the limitations I now live with;  what is most debilitating is the cultural reception that limits my identity. In response to having my identity shift from the plural to the singular, I have adopted a framework that fuses Black Liberation Theology and a Theology of Disability. A Black Liberation Theology of Disability acknowledges that we all navigate limitations and live with disabilities. Our challenge is to find a way to succeed in spite of them.

If we choose to understand disabilities as one of many challenges, then the stigma that subjugates those of us with physical and sensory disabilities becomes moot. For even the Christ suffered a disability, broken as he was on the cross. And he accepted and suffered the cross alone so that those of us who followed would not have to suffer it.

For James H. Cone, “Christian theology is a theology of liberation.” In A Black Theology of Liberation Cone contends that “there can be no black theologian that does not take seriously the black experience [which is] a life of humiliation and suffering” – a life in need of Christian theology. Yet, within the church, I have been shunned. While I receive a special seat and a ramp, my emotional and spiritual needs are often not addressed because, at least for now, disabilities are still a taboo topic within the church.

DOES YOUR PLACE OF WORSHIP WELCOME PEOPLE LIVING WITH DISABILITIES?

Some within the church believe that their bodies are whole, and that the bodies of those with disabilities are not. This belief reflects a fear and distrust of those who do not have “whole” bodies, which goes back thousands of years. This belief contradicts the work of Nancy L. Eiesland, who proposes in The Disabled God: Toward a Liberatory Theology of Disability that we are all incomplete, and that communion with God and the Christ happens when we accept each other as incomplete, rather than dismiss or shun those who only appear as though they are incomplete. We might expect humiliation and suffering from communities that do not hold themselves accountable to the message of the Gospel, but we are stunned when churches become perpetrators of such treatment. It is particularly confounding when those who are familiar with the work of Cone and Eiesland  choose to subjugate.

David confronted Goliath with the odds stacked against him, as did Samson before him when he toppled pillars and crushed Philistine foes. We who have the odds stacked against us often learn to survive by defying odds. In this, we can look to the example of Israel himself, also known as Jacob, who, in going against the odds, wrestled with God, and proved himself a formidable match. The limp that Jacob bears is not biblically defined as a handicap, nor is Jacob shunned as a cripple or disabled. Jacob’s limp is the mark of a survivor. He persevered through insurmountable odds and was blessed in return.

What risks do we take if we bless the disabled? Why do we feel ashamed of our wounds and do our best to conceal them? We are not perfect, nor are we intended to model or strive for perfection. Like the resurrected Christ, our wounds are visible and undeniable, and their very existence challenges us to reconcile our fear of vulnerability. What better place for reconciliation than the church?

Kendrick Arthur Kemp is a graduate of Union Theological Seminary, where he received a Master of Divinity degree. He holds an M.S.W. from Binghamton University. In the fall of 2015, he organized a symposium on Black Liberation Theology of Disability featuring, among others, Cornel West, Aliou Niang, and Yvette Wilson. Visit him at Kendrickkemp.net

Michael Lovaglio is a graduate of Princeton Theological Seminary with an M.Div. and an M.A. in Christian Education, as well as an M.A. in English from SUNY Fredonia.