Can Christianity Survive Its Cathedrals? 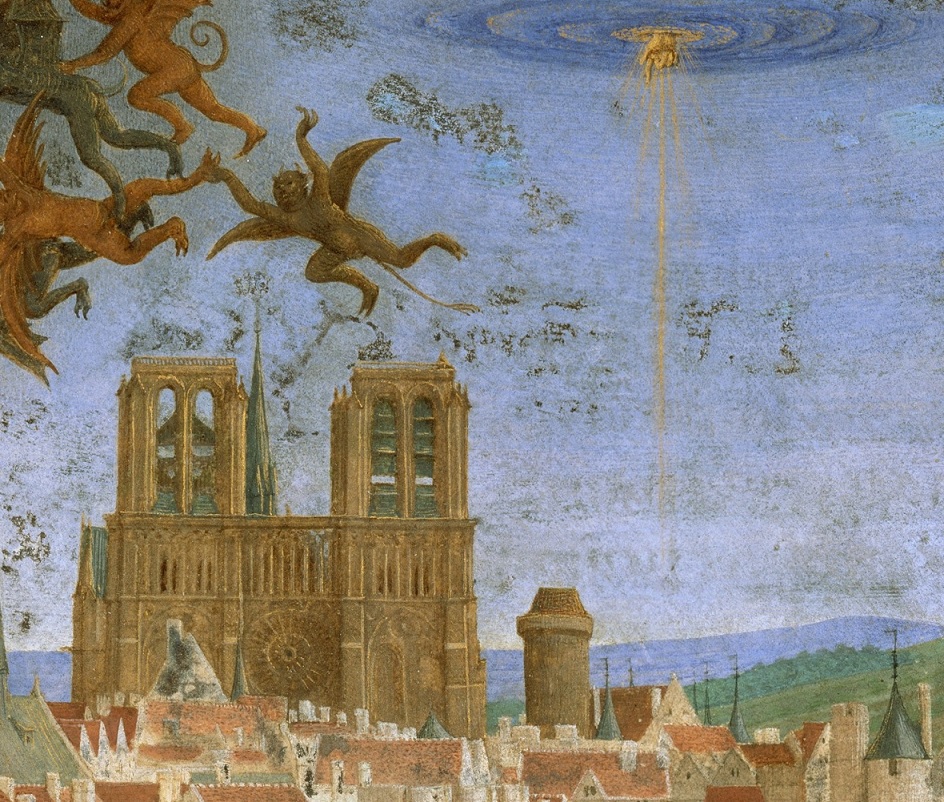 The recent fire at Notre Dame cathedral captured the attention of many. We bring you some thoughts from a regular RS contributor. For a variety of other responses from writers on the left, see here, here, and here.

“Maybe it’s a sign,” I thought, as Notre Dame burned.  I question whether the Roman Catholic Church, my church, should associate itself with such things while there are people without a safe place to call home.  In less than a day, billionaires and corporations pledged $600 million to rebuild Notre Dame. Christianity, truly and deeply practiced, is a threat to billionaires and corporations. But the donors understand that Notre Dame is a symbol of cultural hegemony and excess – a better place to worship capitalism than Christ.  To be clear, I do not celebrate the destruction of beautiful art and architecture. But Notre Dame was a wonderful museum – not a church. A church is a community united in worship and resolve to transform the world, and it is flameproof.

Its cathedrals are merely one manifestation of Catholicism’s worldliness. The longstanding series of silent conspiracies that prioritized the protection of an institution over the protection of children is another. The embrace and defense of human prejudices like sexism and homophobia and rejection of the Christian imperative to love and honor everyone is yet another.

The fire broke out at the beginning of Holy Week, just a few days after Pope emeritus Benedict decided to “contribute one or two remarks to assist in this difficult hour.” The not-so-retiring pontiff blamed the crisis of clerical sexual abuse on: sex education, pornography, theologians questioning the authority of the hierarchy, and seminaries (where he says that his books were not read widely enough) that hosted “homosexual cliques.” Nowhere does Benedict, who was a key aide to John Paul II before becoming pope himself, accept an iota of responsibility for an evil that tore through Catholicism while he led it.

The old guard has been restless in the run up to Holy Week. There was also an appearance in Rome by Steve Bannon, who with other conservative Catholics, seeks to undermine Pope Francis, a leader who has made frequent statements of support for immigrants and people in poverty and decried the dangers of capitalism and militarism. Bannon warned that: "The Catholic Church is heading to a financial crisis that will lead to a bankruptcy. It could actually bring down, not the theology, not the teachings, not the community of the Catholic Church, but the physical and financial apparatus of this church."

Fine. I profess no faith in the physical and financial apparatus of the church. I would not miss it – even if comes with a priceless rose window. I worship a man born in a stable and executed by an imperialist government. The conservatives can do their worst; they cannot touch what matters.

The highlight of my Holy Week for the past few years has been praying the Stations of the Cross outside a naval nuclear sub base in Groton, Connecticut, an event organized by Catholic Workers.  We process outside the fence while naval police wearing bullet proof vests and carrying automatic weapons follow us around on the opposite side of the fence, usually with a few German shepherds.

It’s ironic that they feel the need to confront people praying for peace with weapons. I suppose that’s the only way they know to respond to a threat, which is indeed what we are.

Jesus is a dangerous man. He preached and lived an ethos of equality, where the the soldier, the tax collector, the adulteress, the leper and the high priest were all equally beloved in the eyes of God. The social order of his society would have been upended if enough people truly followed him. So would ours.

That is why there is so much interest in keeping the church from being authentically Christian. Pope Francis scares Steve Bannon to death, because, while I would deem Francis a conservative at heart, he does strive to be authentically Christian. If true Christianity ever catches on, it will be impossible to build a powerbase through jingoism. And where would that leave Bannon and his cronies?

My favorite liturgy of the year, the Easter Vigil, begins with a fire. It is symbolically saying that we must burn down the old to make way for the light of Christ. The service continues with reading after reading from scripture. So we let go of what we had, and in the darkness we listen for God. This Easter, I pray that my battered and beloved church does exactly that.

Colleen Shaddox is a Roman Catholic writer and activist who concentrates on poverty, immigration and mass criminalization. Her work has appeared in The Washington Post, The New York Times, The Wall Street Journal and other venues.

(Image: Jean Fouquet, detail from The Right Hand of God Protecting the Faithful Against the Demons, via metmuseum.org [public domain].)