Catholics and the 2020 Elections 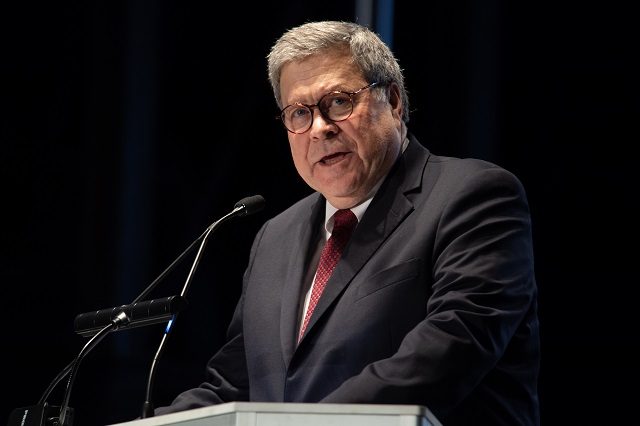 With Roman Catholics making up one-fifth of the U.S. population, 51 million people, there is fierce debate about how their faith should guide the actions of that pivotal voting block in the November election.

On one hand, next week’s 2020 National Catholic Prayer Breakfast will honor President Donald Trump’s Attorney General William Barr. Barr, a Catholic, will receive the Christifideles Laici award to honor laity who promote the New Evangelization and the Church’s mission in their life and work.

But the Association of U.S. Catholic Priests called the Barr award “shocking, incomprehensible, and scandalous,” citing in part Barr’s role in President Trump’s use of a Bible and Episcopal church for a photo op in the midst of the June protests after the murder of George Floyd.

In a series of tweets, anti-death penalty activist Sr. Helen Prejean said the decision to bestow an award to Barr was “scandalous,” citing Catholic teaching opposing the death penalty and Barr’s vigorous pursuit of death sentences for multiple federal prisoners after a 17-year moratorium. “I'm deeply convinced  that Jesus himself, the "Christ" in whose name the award is to be bestowed, who taught us to go beyond "an eye for an eye" and to love and forgive our enemies rather than kill them, has my back on this one,” Sr. Prejean tweeted.

Fr. Peter Daly, a retired priest of the Washington Archdiocese and a lawyer who now works with Catholic Charities, wrote in the National Catholic Reporter, “This award does make clear one thing: The National Catholic Prayer Breakfast is not a religious organization. It is a political one. It should be called the National Catholic Republican Breakfast. It is a bunch of rich, powerful, right-wing Catholics who get together once a year to reaffirm each other's prejudices and to promote their own political agenda — which often is contrary to the teaching of the church.”

Earlier this month, President Trump announced he would be awarding the Presidential Medal of Freedom to former University of Notre Dame football coach Lou Holtz. The announcement came shortly after Holtz used his speech to the Republican National Convention to call Trump’s presidential campaign opponent Joe Biden “a Catholic in name only”—a statement which was quickly disavowed by Notre Dame leadership.

Meanwhile, a group of 150 Catholic theologians, nuns and activists signed a public letter urging Catholics to oppose President Trump’s re-election. “President Trump’s character, policy decisions and cruelty toward anyone who challenges him demonstrates a fundamental contempt for what it means to be a Christian,” they wrote.