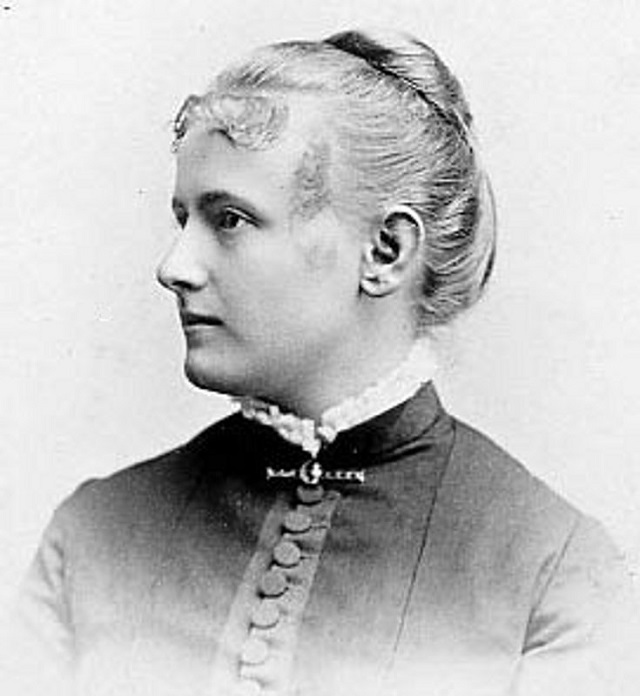 During Women’s History Month, Religious Socialism celebrates the women who paved the way for our current women leaders who have found socialist principles in their religious traditions, including U.S. Congresswomen and DSA members Alexandria Ocasio-Cortez, a Roman Catholic; Rashida Tlaib, a Muslim; and ordained Christian pastor Cori Bush.

They all stand on the shoulders of women who built the religious socialism movement in past generations, including:

Vida Dutton Scudder (1861-1954). Historian Gary Scott Smith concluded that Scudder was the principal female leader of the Episcopal Church during the early 20th century. Scudder was active in the Socialist Party of America, a supporter of striking textile workers, and an activist for women’s suffrage. Her view of the Gospel message was unequivocal: “Woe is proclaimed to rich people. Possessions are described as subject to theft and corruption . . . We are distinctly bidden not to seek or accumulate them and are told it is all but impossible for a rich man to enter that social utopia, the Kingdom of heaven.”

Fulfilling Jesus’ mandate could not be achieved by mere charity, Scudder insisted, pushing back against some congregations’ go-to response to poverty. Saying that philanthropy is “a sedative to the public conscience,” Scudder pointed out that fundraising efforts only “squeezed a little more reluctant money from comfortable classes, who groaned and gave but changed not one iota.” Instead, she worked for a full restructuring of society around socialist principles.  For more, read “Vida Scudder: A Voice from the Past Speaks to the Present,” a 2009 profile of Scudder by Norm Faramelli, an Episcopal priest and Religion and Socialism activist within DSA.

Frances Willard (1839-1898). The longtime president of the 200,000-person strong Women’s Christian Temperance Union told delegates to the WCTU convention in 1893 that, “In every Christian, there exists a socialist, and in every socialist a Christian.” Willard is considered by some historians to be the most influential American woman of the 19th century, leading DSA Religion and Socialism group founder John Cort to conclude in his book Christian Socialism that she did more than anyone to introduce the idea of socialism to Middle America. For more on Willard—and other women socialists of her era, check out Mari Jo Buhle’s Women and American Socialism, 1870-1920 (Chicago: U. of Illinois Press, 1983).

Mary White Ovington (1865-1951). Like Scudder, Ovington was a leader in the U.S. settlement house movement and was moved to join the Socialist Party after witnessing the struggles of the working poor who lived in the settlements. Active in the women’s suffrage movement and the opposition to World War I, Ovington, a Unitarian, would go on to write the book Socialism and the Feminist Movement and become one of the founders of the NAACP. The NAACP has a nice bio of Ovington on their site here.

Pauli Murray (1910-1985). Murray was a lawyer, professor, priest and activist with a remarkably varied and deep career of activism and service. Murray worked alongside socialist civil rights and labor leader A. Philip Randolph in his organizing campaigns, helped devise the constitutional argument to overturn the doctrine of “separate but equal,” became the first African American woman to be ordained an Episcopal priest, and co-founded the National Organization of Women (NOW). Thurgood Marshall called Murray’s 1951 book, State’s Laws on Race and Color, the Bible for civil rights lawyers.  A recent New Yorker profile of Murray is available online here.

There are many more women who have led the U.S. religious socialist movement in recent years, including the Catholic theologian and feminist scholar Rosemary Radford Ruether and the German liberation theologian Dorothee Solle, who helped build the RS Working Group in its earliest days. The movement to connect the socialist cause with religious beliefs in the human right to shelter, healthcare and necessities owes them a great debt.