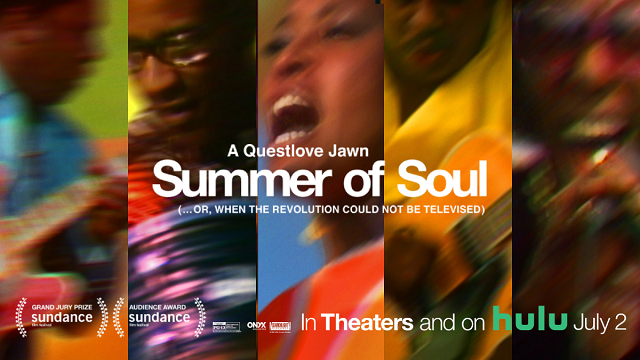 They may call it the “culture wars,” but both Right and Left understand that if you want to influence political behavior, change the songs that people sing, the food that they eat, and the holidays that they celebrate. The big changes in politics are often preceded by cultural changes.

I'm involved with congregations that try to build  bridges between the old and the new. The anniversary of the 1969 Woodstock Festival (August 15-18) calls to mind some of the other events that happened during the late 1960s and early 1970s.  The  “countercultural”  movements that  developed fifty years ago changed much in the United States, from music and the arts to gender relationships, workplaces, health care, and in organized religion.

In today's world, we need a countercultural spirituality.  Big corporations rule much of planet Earth with god-like powers, and the “prosperity gospel” inspires new forms of idolatry. The marketplace has been deified, income inequality is as extreme as during the Gilded Age, and  "the  new normal"  takes us from one disaster to the next.

We need a resurgence of hope and liberation.  And along with campaigns for the Global Green New Deal, Medicare for All, and the PRO Act, we need acts of kindness and ways to express joy.  We need  conga drums and guitars.

Harvey Cox’s Feast of Fools is a wonderful  book about spiritual reawakening  during difficult  times. Cox was a regular RS contributor for many years, and his work is being rediscovered. When Feast of Fools first appeared in 1969, the flower-power people had been around for a few years, and it wasn't clear that they were moving toward anything  helpful.   Malcolm X  and Martin Luther King  were  dead,   and   Republicans like Richard Nixon were embracing a Southern strategy  that supported systemic racism.  Homophobia, patriarchy, and xenophobia  were easily accepted  even among some of the  "liberal" groups. Individuals with disabilities, both young and old,  confronted   all sorts of barriers,  but most politicians were indifferent to the situation. The war in Vietnam seemed endless.

The “death of God” movement had made waves with the argument that the Abrahamic religions no longer held sway in the West.    God is still alive, said Cox, but the big religious institutions were in trouble. He  called for a certain amount of divine madness, with  balloons and saxophones, to  encourage consciousness raising and  to proclaim the need for social transformation.  For Cox, political progress wasn't enough, religious traditions weren't sufficient,  and prayer by itself was inadequate.   What was needed were practices and experiences that would bring the world-changers and the life-celebrators together.

Three recent movies help  explain some of what happened during the 1960s and the early 1970s. You can most likely compile your own list.

Summer of Soul is a documentary about the 1969 Harlem Cultural Festival. It connects to the moment  when the Black Power  movement and the Black is Beautiful movement  became significant  cultural forces.   Hair styles changed,  body language changed,  and  men and women  began to wear  dashikis at school and in church.    A  positive perception of Black bodies and communities spread.  The  Black Panthers and similar groups organized mutual aid programs.  It happened while many of the white kids were running toward Woodstock.

Crip Camp is a  documentary about the antecedents of the disability rights movement. The movement developed, in large part, because of  people who were teenagers  during the Woodstock Festival.    Camp Jened was a summer camp in the Catskill Mountains for young people with disabilities.   As one writer explains, the camp became heavily influenced by the 1960s counterculture and hippie values,  and there was an early understanding that the personal is often political. Many of the campers became activists and some moved to California. Look for the scenes where the Camp Jened team   combines  forces with the Black Panthers and  with other groups that defend human rights and dignity.

Fast forward to the present moment.  Nomadland is about aging in America.  The baby boomers are now in their senior citizen years.  Some of today's elders are doing fine,  but some    are homeless and there are others, who don't appear in the movie, who are uncomfortable  in  nursing  homes and in  other institutions.  Some live with disabilities.  Many believe they're not wanted in today's culture. Some  move around the countryside in vans and trailers, working at odd jobs and living a simple life in a  counterculture that continues to develop.

Capitalism keeps people divided  by age,  ability,  gender, race, and other categories.  The  big corporations and the imperialists  learned long ago  how to divide and conquer  for economic reasons.    It  happens in many places, but it's the big U.S. corporations that know best how to exploit the situation for maximum profits.  The government has established  prisons,  psychiatric enters,   college  campuses,  and other silos for  rebellious people. Because of neoliberalism and privatization,  big  money can be made in managing such places. College debts keep workers in economic peonage. Holding a job and starting a family are becoming increasingly difficult. Retirement is a challenge that beaks millions in this country. Many will end their lives in bankruptcy because of medical costs.

Democratic  socialists ask critical questions about the segregation system.  We want people to be empowered   and we  know  that different groups can work together for the common good while respecting cultural differences.    It can happen. A better way of living is possible for young people as well as older people.