Christian Socialism in Britain: An Introduction 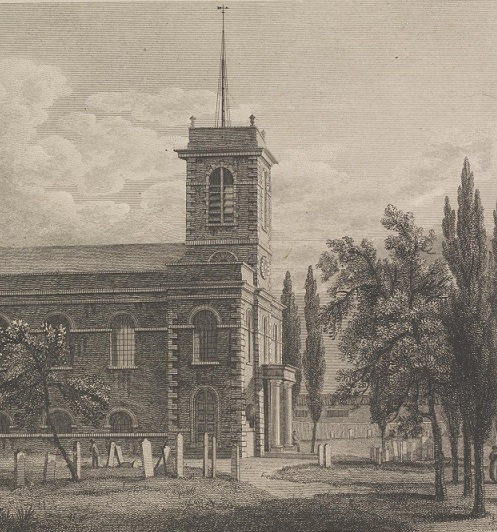 By Anthony A. J. Williams

The first socialist society in Britain was not a political party or a trade union. It was rather a Christian society with an Anglo-Catholic basis, originally conceived as having the aim of persuading more parishioners to attend early-morning communion services. Yet for Stewart Headlam – the eccentric and brilliant Anglican priest behind this organization, the Guild of St Matthew, founded in 1877 – sacramentalism and socialism were one and the same. Headlam was working from a theological foundation laid by an earlier generation of Christian Socialists like F.D. Maurice, Charles Kingsley, and John Ludlow, who had believed that Christianity was a religion which must be applied in politics and economics, but who have sometimes been regarded as conservative in their lack of appetite for thoroughgoing changes. Headlam, unlike them, offered a more recognizably socialist Christian Socialism.

Among the injunctions to take seriously the sacrament of the Lord’s body and blood, the Guild of St Matthew declared that the “contrast between the great body of workers who produce much and consume little, and those classes which produce little and consume much, is contrary to the Christian doctrines of brotherhood and justice”, and that all Christians should seek to “bring about a better distribution of the wealth created by labour”. For Headlam the church administered sacraments which spoke very clearly of socialism: “Baptism, the Sacrament of Equality, and Holy Communion, the Sacrament of Brotherhood”. He was once reported to have remarked that “those who come to Holy Communion must be Holy Communists”.

Headlam was highly unorthodox, rejecting the authority of scripture as traditionally understood, following Maurice in universalism, and reserving particular venom for those evangelicals and Reformed who held to a Calvinist understanding of sin, grace and salvation.

Yet he was joined in his socialism by those of various church backgrounds: among them John Clifford, the pious and gentle president of the Baptist Union (he and Headlam were both members of the Fabian Society); Samuel Keeble, a Wesleyan Methodist lay preacher with an agile mind, reputed to be among the first in the UK to read Das Kapital; and, later, the intelligent and thoughtful William Temple, Archbishop of Canterbury from 1942-44.

Crucially though, Christian Socialism was now no longer simply a church movement – it was also the creed of James Keir Hardie, founder of the Labour Party; George Lansbury, who led Labour from 1932-35 after the party split over whether to join a national coalition with the Liberals and Conservatives, helping preserve Labour as a distinct opposition in the years leading to Clement Attlee’s post-war 1945 government which expanded the welfare state and founded the NHS; and R.H. Tawney, who provided much of the intellectual basis of the Labour movement in books such as Religion and the Rise of Capitalism and the Acquisitive Society.

The period from the founding of the Guild in 1877, through the formation of the Labour Party in 1900 and leading towards the “Spirit of ‘45” saw the formation of an expressly socialist, Christian Socialism – a Christian Socialism which sought to replace capitalism with something else, something better. For Maurice, God was a universal Father, and this implies universal brotherhood. The subsequent generation applied these theological concepts as socialist commitments to equality, collectivism, and democracy.

In 1960 the Society of Socialist Clergy and Ministers merged with the Socialist League to form the Christian Socialism Movement (CSM). The CSM immediately opposed Labour leader Hugh Gaitskell’s campaign to remove Clause IV – the commitment to public ownership – from the party’s constitution. Donald Soper – Methodist minister and the first chairman of CSM – argued that “Clause IV expresses, within the framework of a contemporary economic situation, what I believe to be the ultimate principle which emerges from our Lord’s teaching”.

Christians on the Left (as the CSM is now known) is still a campaigning organization – recently establishing the “Patriots Pay Tax” campaign against tax avoidance and evasion – but has the radicalism gone out of Christian Socialism?

Certainly as the UK moved away from a (arguably social democratic) post-war consensus founded on Keynesian economics, a mixed economy and a commitment to full employment, many Christians found themselves opposing the neo-liberal economics championed by Margaret Thatcher’s Conservatives. The Church of England, for example, published Faith in the City opposing Thatcherite policy in 1985, and opposition came from the CSM, the Jubilee Group, and organizations committed to the new liberation theology of Gustavo Gutiérrez.

Yet it was also a CSM member, Tony Blair, who helped maintain a new, neo-liberal consensus. “Since the collapse of communism”, wrote Blair as leader of the opposition, “the ethical basis of socialism is the only one that stood the test of time”. Yet his polices were a departure from those of Hardie or Lansbury: “The solutions of neither the old Left nor the new Right will do”. Blair succeeded in redefining Labour’s Clause IV commitment in 1995, with by now more than three-quarters of CSM members in agreement. The incoming “New Labour” government of 1997 remained arguably more committed to free-market ideas than the social democrat consensus of the post-war era.

Frank Field, another socialist Christian, has urged Labour to “embrace the market”, albeit “while expressing its disapproval of the market’s unacceptable faces”. Field now finds himself at odds with the Labour Party of left-wingers Jeremy Corbyn and John McDonnell, instead choosing to form a new party named after his constituency, the Birkenhead Social Justice Party. Field has been associated with the Blue Labour movement, a more conservative grouping within the Labour Party.

Yet a more radical form of Christian Socialism certainly still exists, in groups such as Christians for Economic Justice, Ekklesia and the Progressive Christianity Network. Jeremy Corbyn – having won re-election as Labour leader in 2016 – was cheered to the rafters at the Christians on the Left party conference service. There are it seems two faces of Christian Socialism – the one cautious and moderate, the other radical and full-blooded.

The UK has a tradition of Christian Socialism which goes back over 150 years. The question, however, is whether any form of left-wing, progressive Christianity can survive in an age of secularisation and identity politics.

Anthony A.J. Williams is Lecturer in Political Theory at Manchester Metropolitan University. His first book, Christian Socialism as Political Ideology, is due to be published in 2020.

(Image: St. Matthew's, Bethnal Green, where Stewart Headlam served as curate and where the Guild of St. Matthew was founded. From the Victoria and Albert Museum, collections.vam.ac.uk.)