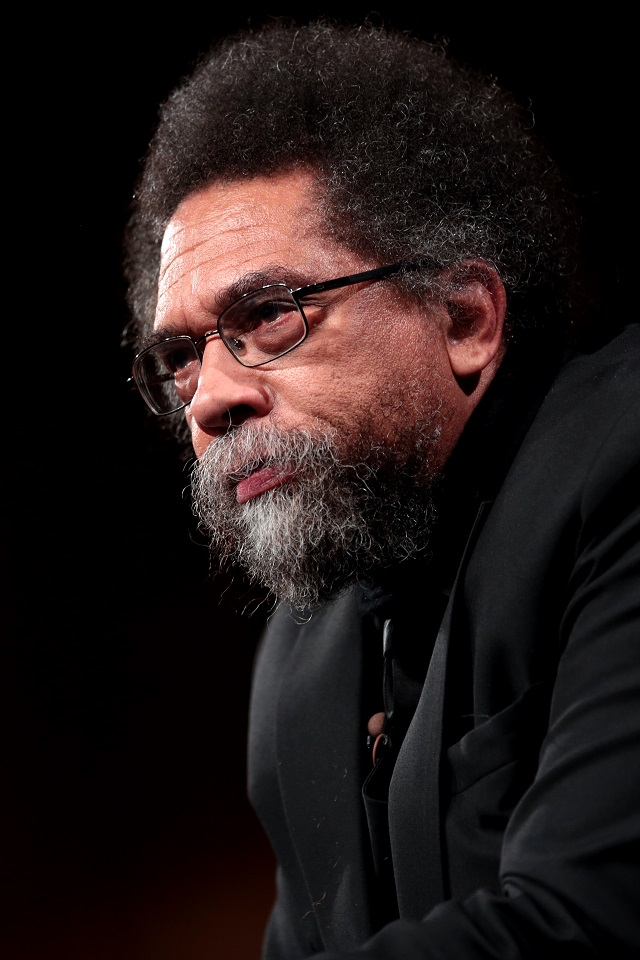 “There’s no doubt that this is America’s moment of reckoning . . . The catalyst was certainly Brother George Floyd’s public lynching, but the (roots are the) failures of the predatory capitalist economy to provide the satisfaction of the basic needs of food and healthcare and quality education, jobs with a decent wage, at the same time the collapse of your political class, the collapse of your professional class. Their legitimacy has been radically called into question, and that’s multiracial. It’s the neofascist dimension in Trump. It’s the neoliberal dimension in Biden and Obama and the Clintons and so forth . . .

“The young people are saying, “You all have been hypocritical. You haven’t been concerned about our suffering, our misery. And we no longer believe in your legitimacy.” And it spills over into violent explosion . . .

“It’s here, where I think Ella Baker and Fannie Lou Hamer and Rabbi Heschel and Edward Said, and especially Brother Martin and Malcolm, their legacies, I think, become more central, because they provide the kind of truth telling. They provide the connection between justice and compassion in their example, in their organizing. And that’s what is needed right now. Rebellion is not the same thing in any way as revolution. And what we need is a nonviolent revolutionary project of full-scale democratic sharing — power, wealth, resources, respect, organizing — and a fundamental transformation of this American Empire.”