Days of Awe: Decency Beyond Normalization 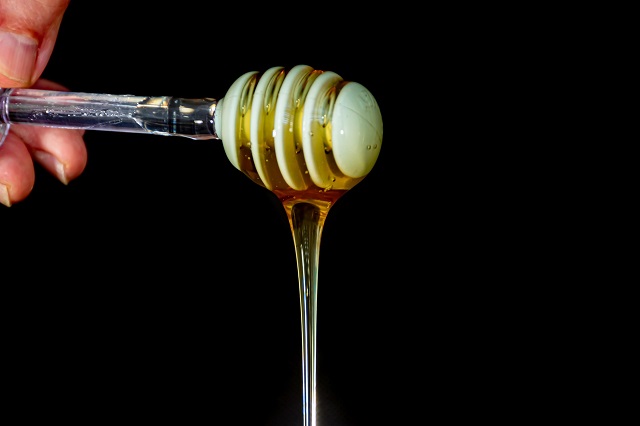 This year, amid devastating floods, renewed pandemic anxiety, and mass evictions, the Days of Awe —the holiest period in the Jewish calendar — invite us to engage in heshbon hanefesh, service of the soul. This can be difficult for many, myself included. What utility can heshbon hanefesh serve when the world desperately needs far-reaching material change? Despair runs rampant these days, nihilism seems tempting. The High Holy Days (Rosh Hashanah and Yom Kippur) do not evade these difficult topics. Rather, they ask that we challenge them. Though it may seem paradoxical, we confront the inevitability of death during the Days of Awe in order to renew life. By taking inventory of where we are and where we must go, we emerge from the Days of Awe with greater direction, clarity, and even hope.

With the exception of the high holy days, every Jewish holiday can be linked to a given historical, biblical, or agricultural event. The Days of Awe, on the other hand, grapple with more existential questions: Why am I here? For what do I stand? What do I need to continue? This year, as I consider these questions, I find myself returning to the story of Noah and the flood.

In the book of Genesis, God instructs Noah to build an ark, revealing God’s intention to eradicate Noah’s ostensibly irredeemable generation. God tells Noah to gather his wife, their children, and seven pairs of every animal. Noah complies without question. Although children’s literature often extols Noah for his heroism, the Rabbis of the Talmud have a more difficult time discerning why God singled out Noah as a tzaddik, a righteous person. Subsequent tzaddikim, after all, establish a standard of righteousness far surpassing Noah’s passive acquiescence to God’s unjust order. Abraham, for example, rebukes God for destroying innocents along with the wicked in Sodom and Gomorrah. Then we meet Moses, who will defend not only the innocent Israelites, but the guilty as well.

In the Hebrew text of Genesis 6:9, Noah is described as a tzadik tamim bedorotav— righteous in his generation. Based on what we know about Noah’s generation, being righteous among them doesn’t amount to much. Noah lived in a world saturated with inequality, violence, and evil. He may have seemed decent, but he was no revolutionary. He took pains to save himself, his family, and those lucky pairs of animals, but showed no concern for the human cost behind his mission, the innocent lives that would be destroyed as a result. In one midrash (ancient rabbinic commentary on biblical text) the story of Noah and the flood is retold as follows: Noah steps off the ark after the flood has ravaged the world, and weeps, asking God, “Master of the World! You are called Compassionate! You should have shown compassion for Your creatures!” God responds angrily, reprimanding Noah: Foolish shepherd! Now you say this—but not when I spoke to you tenderly . . . . I lingered with you and belabored you with all of this, so that you might seek compassion for the world. But as soon as you heard that you would be saved in the ark, the evil of the world did not touch your heart; you built the ark and saved yourself! Now that the world has been destroyed, you open your mouth—muttering questions and pleas before Me!”

Noah may have been decent relative to his generation, but he lacked the vision, wherewithal, and chutzpah — courage — to challenge God’s cynical prescriptions. While we can criticize Noah for his resigned passivity, has this past year not tempted even the most forward-thinking among us into moments of despair or pessimism? In an interview on Chapo Trap House, filmmaker Adam Curtis talks about his 2016 BBC documentary HyperNormalisation. Curtis describes the concept of hypernormalisation as a mentality that accepts a dysfunctional society because any meaningful alternative feels elusive or risks brutal repression. We retreat, often well aware that the status quo is unjust, even untenable, but unavoidable.

Some may remember a sympathetic CNN anchor tearing up when Joe Biden won the U.S. 2020 presidential election, a telltale sign, apparently, that “being a good man matters.” At last, decency had prevailed. Just like Noah, Biden may have appeared decent—but when considered against his opponent, decency becomes almost irrelevant. Indeed, Curtis argues that the position both liberals and many leftists find themselves in today can be considered a state of hypernormalization: “We feel that we’re at the end of something,” Curtis observes. “We know things are odd, but nothing happens as a result.”

One central failure of liberal Democrats, Curtis argues, is that they no longer believe in anything. The Right continues to promote and enact a Reagan/Thatcher vision of retreat from government, while liberals have yet to produce any compelling alternative vision for the world they want to create. This comes as no surprise: radical change, the change for which we as socialists advocate, would mean a great loss of power for those in the Democratic establishment. Radical change, even for the radical Left, would entail sacrifice and uncertainty. Curtis concludes his interview by asking listeners, Do you really want change? Do you really want it? Because if you do, [you] might find yourself in a very uncertain world, where [you] might lose all sorts of things….political change is frightening…. but it’s also quite thrilling. It’s an escape from the staticness that we have in the world today. In confronting [the giant forces of power that run the world], you might lose a lot….but this is a forgotten thing about politics: you give up a bit of your individualism for something bigger than yourself.”

This is precisely where Noah failed. With no vision, no courage to engage with the forces of power, Noah responded to the looming danger of his world by clinging to his own individualism. From this, the Rabbis teach that there are two kinds of tzaddikim: one like Noah, a relatively decent guy who, when cold, puts on a coat, and the other, like Moses, who lights a fire to warm those around him.

So we confront the inevitability of death during the Days of Awe to renew a life of purpose, to combat hypernormalization with a radical vision of the world we want to create. To get there, we must remember the lesson of Noah: it is not enough to be decent. The route to a world free of capitalist domination can have no easy shortcut. Indeed, it can only work if we’re all aboard the ark.

Lili Mandl is a union teacher and member of DSA-Los Angeles.