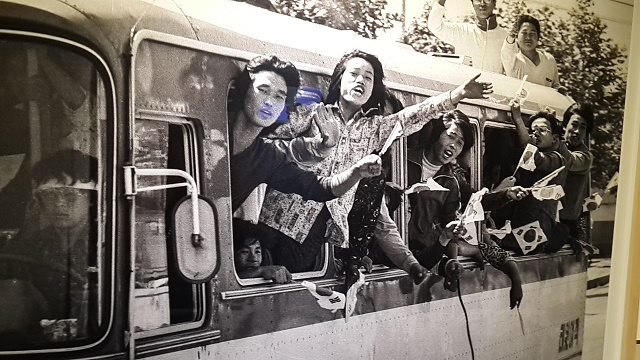 Despite the popularity of Buddhism in the United States in the past 60 or 70 years, few Westerners have known the history of Asian religious practitioners who engaged in material struggle. Asian religiocultural praxis has often been dismissed as passive and compliant with authoritarianism. Ronald Purser criticized mindfulness spirituality for being a privatized commodity under neoliberal capitalism. Many Western practitioners continue to follow in Jack Kerouac and the Beatnik Generation’s overly romantic appropriation of Asian traditions. Indeed, Euro-American ‘Columbusing’ of Asian material culture in pop culture is not separate from religiocultural appropriation.

And now, in this age of COVID-19 and a resurgence of the Left, Buddhist synthesis with Marxist thought has become the domain of the white convert. Although we often think of racists in the political Right perpetrating cultural appropriation and erasure, I ask us to consider how leftists have done the same. Rather than look to the West, we can find examples such as those of 20th century Korean Buddhist practitioners who engaged with Marxism through radical anti-capitalist, anti-colonial, and liberative practices.

Minjung Buddhism refers both to “Buddhism for the masses” envisioned by Korean Buddhist clerics during the Japanese occupation of the Korean peninsula prior to the Second World War and to the 1970-80s student-led lay movement. Pori Park quotes Manhae (Han Yong-un): “Buddhist institutions and properties had to be open to, and used for the benefit of, the minjung [masses]…Buddhism should be involve[ed]  in making secure the lives of the minjung.” He promoted social involvement and living with the masses as opposed to the clergy-centric practices of the Japanese colonial-government-controlled Korean Sangha. He favored revolutionary break over gradualist and reformist approaches.

Manhae was critical of the anti-religious policies of socialist governments but interested in socialism as a socioeconomic theory. He critiqued private property in a 1931 Samch’olli interview translated by Tikhnov and Miller: “Generally, Sakyamuni [one of the titles for the Buddha] was negative about the accumulation of property. He criticized economic inequality…His ideal was to live without the desire was to live without the desire to own anything. Aren’t the distinctions between ‘good’ and ‘bad’ people really a chronic disease caused by the lust for ownership?” Manhae also argued that the Buddhist principles of equality and saving the world were inseparable. Minjung Buddhism views bodhisattvic agency as rejecting an autonomous, isolated, self-interested individual. Meditation and spiritual praxis are not a psychological panacea to manage the stress of an auto-exploitative subject but means to transform the consciousness of the minjung (oppressed masses) to resist imperialism, colonialism, and capitalism.

The Minjung Buddhist Movement grew as a result of the repressive actions of President Chun Doo-hwan’s military regime, which came into power in the December 12 coup d’etat after the assassination of President Park Chung-hee in 1979. Dongguk University, the main South Korean Buddhist university, was the center of student organizing. The Democratic Student Alliance and University Buddhist Association organized conferences on Minjung Buddhism and restoring democracy in Korea. Chanju Mun states that the Minjung Buddhist Movement had three goals: “(1) the democratization of both Korean Buddhism and the political system of South Korea; (2) the removal of foreign influence – specifically the United States – in South Korea; and (3) the reunification of the Korean peninsula.” Minjung Buddhists opposed the continued U.S. military presence in South Korea. According to Mun, they criticized the Purification Buddhist Movement and the Sangha for “openly support[ing] the dictatorship.” Instead, they centered the minjung’s needs and sought to establish a Pure Land by transforming oppressive political, economic, and social structures. In 1976, Jeon Jaesong argued that the only way to live out the bodhisattvic spirit was to “no longer serve the oppressors but rather the oppressed.”

Chun imposed martial law and orchestrated the May 18th Gwangju Massacre during the Gwangju Democratic Uprising. A nationwide raid of Buddhist temples and organizations occurred on October 27, 1981. Civilians, monks, and abbots were unlawfully arrested, imprisoned, tortured, and accused of being North Korean collaborators. By taking a visible political stance in the face of repression, the Minjung Buddhist Movement embodied a decolonial Buddhist socialism. Following the 10.27 Persecution, the Youth Tathagata magazine and the Movement for the Revitalization of the Temple’s Original Roles (MRTOR) were established in 1981. Here, a material and structural analysis of Buddhist suffering was developed that incorporated social scientific teaching with Buddhism. Second, Buddhist teaching on karma moved away from individual merit/demerit to social karma, with a renewed focus on positively transforming the world. Chun’s regime labeled the MRTOR a Buddhist socialist movement in 1982 and brutally suppressed it.

Minjung Buddhism is one of many minjung mass movements in Korea since the Donghak Peasant Revolution of the late 19th century. In these movements, the minjung struggled against oppressive material conditions imposed on them by a corrupt dynastic regime, a foreign imperial invasion, and neocolonial authoritarian regimes sanctioned by the United States and the “free world.” These religious socialist movements, along with the Korean anarcho-communist zone in Manchuria, shows that homegrown BIPOC (Black, Indigenous and People of Color) socialisms often are buried or ignored by the religious Left, whose members rarely examine their complicity in neo-orientalist romanticization and appropriation. BIPOC socialists do not trace their political genealogy to Anglo Christian Socialism or Euro-American convert religious socialisms. When BIPOC socialists recover these insurgent histories, they can decolonize the realm of leftist religious socialism.

Image: Student protestors in Gwangju. From the May 18th Movement Archives Museum in South Korea, via Wikimedia Commons