Dogma, Dissent, and Unity: What Can the Left and the Church Learn? 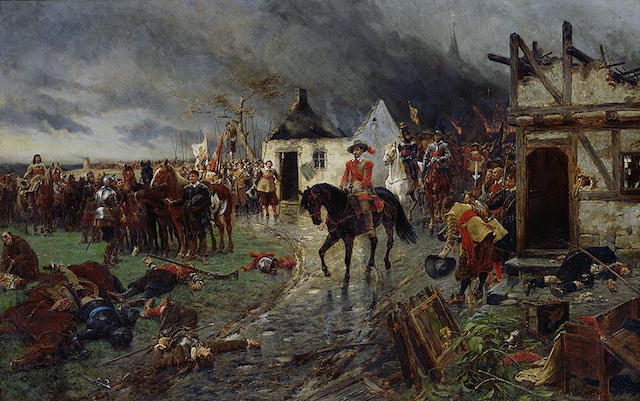 David Rovics wrote the song Vanguard  before DSA’s massive growth in membership, describing what he calls elsewhere “the circular firing squad” of the U.S. Left. The historic problem of disunity among left groups has crippled efforts more than any official repression from the U.S. government (although it’s certainly been helped by provocateurs). Our differences lie in doctrine, tactics, organizational strategies, and personalities. It is much like divisions in Protestant churches. Denominations divide over doctrines and personalities while individual congregations split over tactics and organizational strategies. Sometimes, as we learn, there is outside help to these divisions. Being a religious socialist in The United Methodist Church, which has just split for the first time since the U.S. Civil War,  allows me to consider the parallels between the actions of church groups and leftist groups.

Every movement has certain personality types. I am more of a theorist and an organizer. Many other comrades are more inclined to demonstrate and take action. Some members try to do it all. These reflect certain types of spirituality. I categorize these spiritual types as Teacher, Activist, Mystic, and Builder. The Teacher is more inclined to study and communicate. The Mystic leans toward defining experience and meaning. The Builder organizes and leads. And Activists express their spirituality in service and outreach. I could probably connect these types to the “four humors” of ancient Western medicine and not be far off the mark. There are, of course, mixtures of these types, but these categories serve my purpose in understanding what’s going on both in DSA and in my own denomination..

Problems arise within groups when types do not recognize the need for the others within the structure. The Activist insists on being “out there in the streets” or the greater community. The Teacher wants the theory to define the practice. The Leader wants to plan actions with definite goals in mind. The Mystic wants to make the practice (or praxis) a tool for further learning and personal and communal growth. It is difficult for some of these types to have patience with the others. Breakdowns occur when one type wants to dominate the others..

The recent DSA National Political Committee arguments and resignations can be seen as an argument over how best to demonstrate solidarity with the Palestinian cause as expressed through the Boycott, Divest, and Sanction (BDS) movement. Others will view it as actions being turned into a wedge issue for those who oppose working within the Democratic Party. Whatever way the issue is understood is not a matter of idealism or ideology. Personality types are involved.  Are the positions absolutist or is there room for flexibility? Different personality types are going to answer these questions with different degrees of certainty.

The Global Methodist Church, which has split from the United Methodist Church over the issue of same-sex marriage, is determined to enforce vows of absolute certainty regarding Doctrines of the Church. This attempt, which many believe will create a large conservative Protestant denomination, will lead to a lopsided organization suitable only for certain personality types. Disagreements will be discouraged. But they will happen. Organizations founded on mutual adherence to doctrine tend to splinter. People who are raised in fundamentalist circles often develop a need to hold and tell the “correct truth.” Once they give up the religious commitment, the dogmatic approach often continues. Anyone who has met “fundamentalist atheists” knows this phenomenon. The need to have it right overrides any sense of mutuality unless another person shares the same belief or ideology.

Conflicts occur. If the resolution of the earlier conflict meant departure, it has a greater chance of happening again. But there is no reason that resolution must be that drastic. In the case of the problems my denomination is experiencing, the outside driving force behind it makes the difference. The right-wing Institute on Religion and Democracy is dedicated to neither religion nor democracy. The function of this organization is to disrupt the organization and mission of mainline Protestants and liberal Catholics. In the eighties, they targeted the leftists. Today, they target women and the LGBTQIA community.  My Presbyterian colleagues shake their heads and tell me, “It’s your turn now.” The IRD claims it wishes to reform the churches. The goal, rather,  is to deform them. The funding certain individuals receive from IRD keeps the conflict going.

The situation for leftist organizations in the United States is similar. Infiltration has occurred and is still going on.. The goal is to create dissension and suspicion. Small organizations often attract narcissistic personalities that only create chaos. Barring these outside influences, an organization can work through the differences. The differences may never be resolved completely. But the organization can continue to work if the commitment to mutuality is kept. Can we be comrades?

It’s a big “if.” If we cannot, we become sectarians. And we all know how well that has worked. Consider the words of St. Paul: “If you bite and devour one another, take care that you are not consumed by one another.” (Galatians 5:15 NRSV) More likely, we will continue to be devoured and consumed by a more disciplined opponent..

C. Don Jones is a United Methodist pastor and member of the Knoxville Area DSA and a member of the Religion and Socialism Working Group. Don writes the Glorious Life  blog for Patheos.