DSA's Religion and Socialism Commission: A Brief History, A Hope for the Future 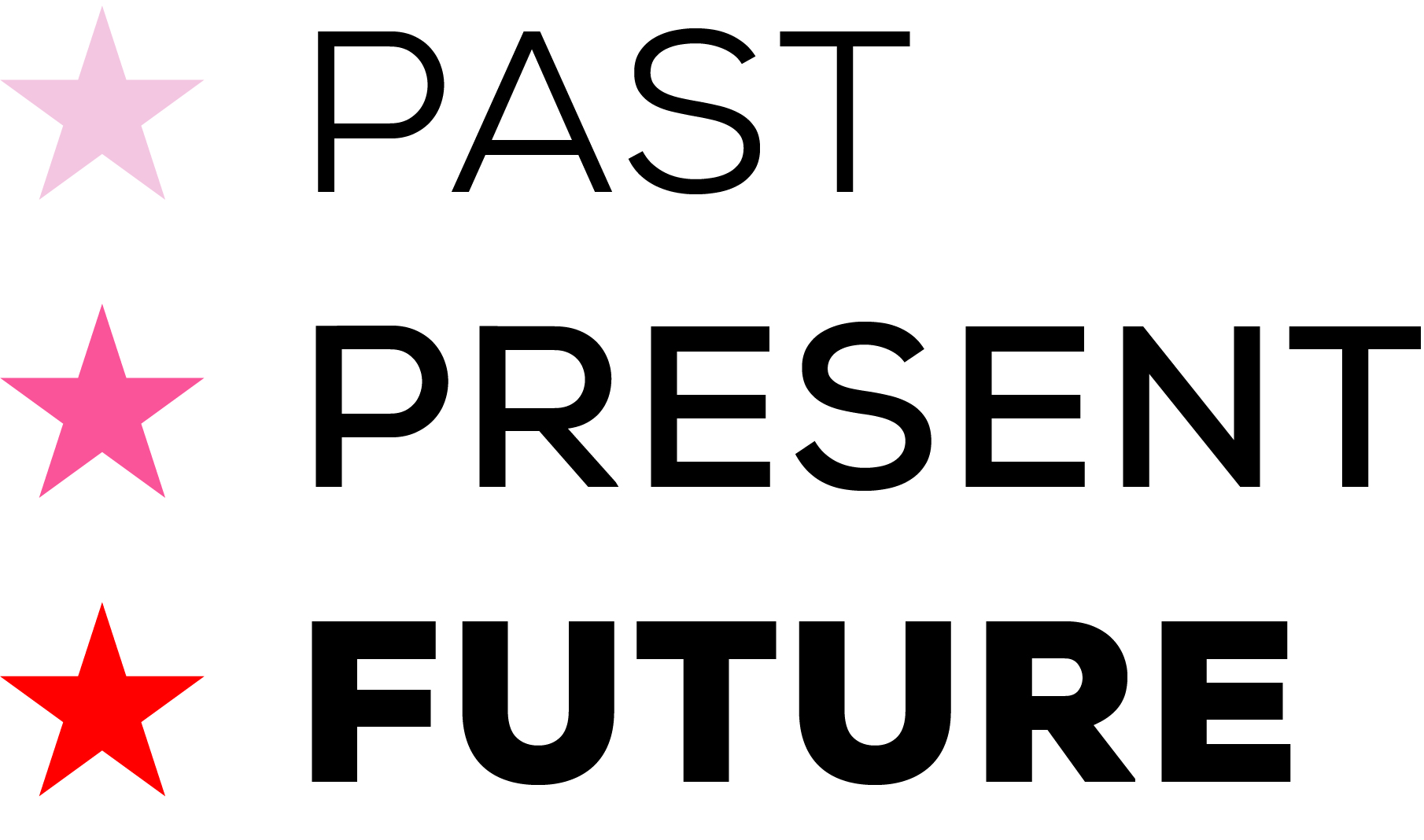 At a 1974, Democratic Socialist Organizing Committee (DSOC) meeting in Chicago, a small group of “Protestants, Catholics, and Jews who favor the DSOC concept of working within the left wing of the Democratic Party” came together as the “Religious Caucus” of the Democratic Socialists of America. Shortly after, the caucus would change its name to the Religion and Socialism Commission (RS-DSA.) The group was led by John C. Cort, (Click Here) a Catholic labor journalist and former Peace Corps worker who found his calling as an activist while working with Dorothy Day in the Catholic Labor Movement in New York City. Under Cort’s leadership, the fledgling organization began to publish a quarterly newsletter, Religious Socialism, in the spring of 1977. Membership in the Democratic Socialists of America was a prerequisite for membership in the Commission, and the RS-DSA remains open to DSA members of all faiths whose spiritual identity entails a commitment to some version of democratic socialism.

The 1970s were good years for the RS-DSA. Many progressive religious organizations attended RS-DSA-sponsored meetings and wrote sympathetically about the new Commission in the pages of Religious Socialism. As Maxine Phillips, a member of RS-DSA’s Executive Committee, recalls, “DSA was in the news, Mike Harrington had a lot of credibility, and people were eager to work with us.” The group enjoyed the support of a number of high-profile leftist theologians, such as Harvey Cox of Harvard Divinity School; Catholic eco-feminist theologian Rosemary Ruether; German theologian Dorothy Solle, who was dividing her time between Germany and Union Theological Seminary in New York; philosopher Cornel West; and Arthur Waskow, who was a leader in the Jewish Renewal Movement and a co-founder of the Institute for Policy Studies. There were at least three major recurring themes in the pages of Religious Socialism during this period: (1) the contradiction between advanced industrial capitalism and the teachings of Christianity; (2) the radical distortions of Christian teaching promulgated by the religious right, and (3) the notion that democratic socialism represents the true political expression of Judaism and Christianity (most RS-DSA members were of these faiths.)

As time moved on, however, the organization often found itself at odds with others on the religious left. This was partly a function of the stridently anti-Marxist stance of Cort, whose experience with labor unions in New York City soured him on conservative Marxist-Leninism for good. Many liberation theologians in particular, Cort wrote, “have taken a kind of Marxist-Leninist revolutionary stance that opts for a dictatorship of the proletariat and…regard democracy (as) an 'ideological ruse' which safeguards the interests of the ruling classes,” to which liberation theologian Sergio Torres responded acidly, “[w]e of the Third World know how easily the industrialized North dismisses our culture, our intellectuals, our creativity. We ask that DSOC and its bulletin Religious Socialism rise above such colonial arrogance.”  Tensions emerged with other groups, too. A 1983 letter from Cort and RS-DSA treasurer Jack Spooner recounts how the two felt “stymied” at the annual congress of the International League of Religious Socialists (ILRS) in Stockholm. The ILRS apparently intended to mention and condemn only “Western” acts of aggression, not those of Soviet or Soviet-allied states. The RS-DSA saw international issues such as the situation in Nicaragua through the East-West lens of the Cold War, while the ILRS and many Latin American liberation theologians perceived the fundamental battle lines to be drawn between the global South and the global North, implicating the United States. Thus, although Cort’s personal biases certainly contributed to the difficulty in forming useful alliances with like-minded groups, it is important to remember that the first two decades of the RS-DSA were Cold War decades, during which leftist movements everywhere struggled to clarify and defend their ideologies and tactics. U.S. religious socialism was no exception.

In the early 1990s, the RS-DSA encountered further difficulties. In December 1992, Spooner, now Secretary, reported to the Executive Committee that subscriptions to Religious Socialism were dropping at an alarming rate. RS-DSA membership had plummeted from more than 300 to 47 members in the East, 11 in the Central US, and 20 members in the West. Spooner cancelled the three national conferences planned for 1993 for lack of funding and member interest. Letters and meeting minutes also revealed growing disillusionment with the DSA, which was not forthcoming with membership lists, preventing the Commission from marketing itself. When one member of the Executive Committee sent a letter resigning from the RS-DSA, Spooner wrote, “this is the third I’ve received in two months from RS members leaving DSA because of national office ‘politics’ and non-responsiveness to requests and inquiries.” According to minutes and summaries, frustration with the DSA became a common theme at RS-DSA meetings throughout the 1990s. Finally, the RS Commission itself experienced a crisis of leadership in the mid-1990s.  Cort and other Executive Committee members had grown increasingly uncomfortable with the sympathy shown by some members of the Commission toward authoritarian regimes. A Winter 1995 article in Religious Socialism sympathetic to the Cuban regime brought the matter to a head. Cort took back control of the journal. Declining membership, tensions between the Commission and the DSA, excessive focus on matters of ideology, and factional splits all took their toll on the organization. As one Executive Committee Member, Judy Deutsch expressed it in 1993, “Many of us see a danger that the religious left remains enclosed within an ideological ghetto.”

By 2006, the RS-DSA and its periodical Religious Socialism had gone dormant following the death of Cort and the departure of important personnel such as the organization’s webmaster. In 2015, Maxine Phillips, David Wheeler-Reed, and Nick Reynolds recruited an editorial board and resurrected Religion and Socialism online. Since that time, Religious Socialism connected to DSA  has existed more as a virtual network than an actual organization. Today, however, things are changing. New local chapters have formed, and RS-DSA membership is back to pre-1990s levels. An ethnically, sexually, racially, and religiously diverse new membership now applies religious socialism to a much larger array of issues than before, including immigration, police brutality, LGBTQI+ rights, Black Lives Matter, the Poor People’s Campaign, and more. As the Religion and Socialism Working Group re-invents itself, is there anything it can learn from the organization’s past?

I believe the answer is yes. First, it pays to remember that the RS-DSA had trouble maintaining useful alliances with sympathetic organizations. This was partly due to the Cold War climate. But the historical context has changed, and there is no good reason why today’s RS-DSA should not try to cooperate in direct action with like-minded organizations, both in the United States and abroad. In other words, new RS-DSA members should be vigilant against falling into Deutsch’s “ideological ghetto.” Second, the internet and social media make it easier for today’s religious socialists to build networks and organize events. Previous incarnations of the RS-DSA did not have this luxury, but instead were beholden to DSA for access to contact lists. Nevertheless, the past suggests that maintaining a constant and positive working relationship with DSA’s national leadership should be a top priority. In a highly religious society like the United States, the DSA has a natural ally in the RS Working Group to help to break the hold of the religious right on many in the working class. Third, if current internet posts and articles are any indication, today’s RS-DSA members are far more ethnically, racially, and religiously diverse than they have ever been. In religious socialism, socialist politics is merging with identity politics, with faith providing the glue. This was not the case for the first twenty or thirty years of the RS-DSA.

There is much work to be done, and many lessons to keep in mind while doing it. I recognize that my own telling of this history emphasizes problems over prospects. But there is no reason for pessimism, because the history of the RS-DSA clearly suggests that conditions today are more, not less, favorable for the growth of religious socialism in the United States.

Robert M. Bosco is Associate Professor of International Studies, Centre College in Danville, Kentucky.  The author welcomes comments on this article, which is adapted, abridged, and updated from a longer piece entitled “DSA’s Religion and Socialism Commission: A Social Movement Analysis,” Critical Research on Religion, Vol.6, No. 2.Please direct correspondence to: [email protected].

A non-exclusive lists of potential partners in the struggle for social justice includes but is not limited to the following. We invite RS members to suggest others.

Interfaith Worker Justice (and its many national affiliates)

The Network of Spiritual Progressives (https://spiritualprogressives.org/)