Faith, Film, and Activism: High Points from the 69th Berlinale 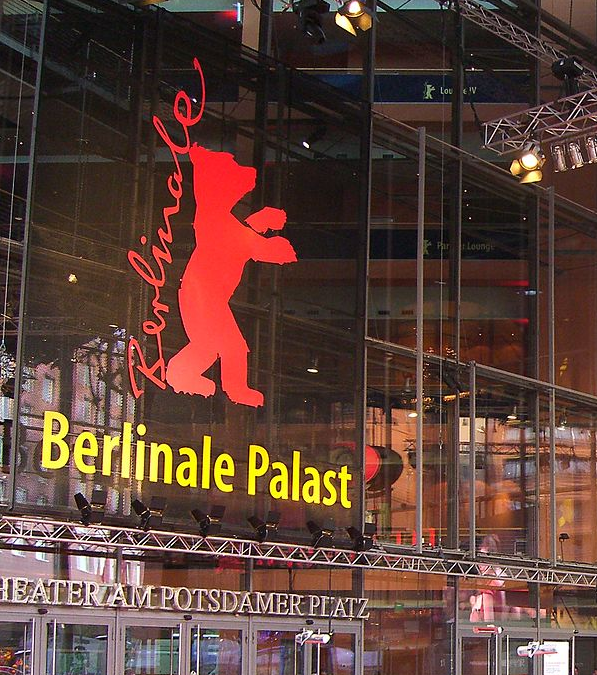 I love church. I love art. I love justice-seeking. Encounters with all three, at their best, can spark revelation, welcome new epiphanies, unveil kairos, shepherd transformation, and I’ve made it my life’s work to articulate how the spiritual and the secular can meet in beautiful ways when we treat church like art and art like church, and when we use these encounters to undergird our ethical movement in the world.

My favorite way to pursue such encounters has been to serve on the Ecumenical Jury at the Berlin International Film Festival, so it was a blessing and an honor to be invited back this year to join five other faithful film lovers on the 28th Ecumenical Jury at the 69th Berlinale. What occurs over the nearly two weeks of film-viewing often feels more like church to me than many church services I’ve attended.

Here’s how it works: The Ecumenical Jury is put together by two faith-based, film-focused global organizations that place juries at all three of the major film festivals of the world, Cannes, Venice, and Berlin, and also at various smaller festivals. And though these backing organizations are Christian, jury members come from a wide-range of backgrounds. My jury this year consisted of six diverse folks: a Canadian communications director, a German disabilities studies lecturer, a Canadian playwright, a German film scholar, a Ugandan film scholar nun, and a wide-eyed United States minister, me, all tasked with viewing dozens of entries in the Berlinale, judging them, and awarding three prizes to “films of directors who have shown genuine artistic talent and succeed in expressing actions of human experiences that comply with the Gospel, or in sensitizing viewers to spiritual, human or social questions and values.”

This year’s festival was also the final one overseen by festival director Dieter Kosslick, who has taken an already overtly political festival and made it even more fiercely political during his tenure, which began just before the September 11, 2001 terrorist attacks in New York City. Back then, as the United States government began a campaign to justify an invasion of Iraq, the Berlinale took an even sharper political turn, with protests of the invasion on its own red carpet. Since then, that same red carpet has served as a plush platform for a diverse set of voices, speaking out about a variety of subjects, including climate change, food justice, the migration crisis, and a variety of other pressing issues. Naturally, the films themselves have points of view, but under Kosslick’s direction, the festival happenings around the films have also taken up an overtly political mantle, counting such a commitment to justice as a nearly spiritual imperative.

If this sounds like a lot of political noise potentially poised to drown out the sheer enjoyment of the festival’s film docket, have no fear. The Berlinale knows how to entertain while driving home a message. This fact is most evident in the film that won our jury’s main prize, a Macedonian treasure called Gospod Postoi, Imeto I’ E Petrunija (God Exists, Her Name is Petrunya). Directed by Teona Strugar Mitevska and boasting a beguiling breakout performance by Zorica Nusheva, this modern-day parable stood out from the pack, in the words of our Ecumenical Jury’s press release, “for its daring portrayal of the transformation of a disempowered young woman into an outspoken defender of women’s rights. When Petrunya spontaneously joins in an Orthodox Church ritual for young men by catching a cross thrown into a river by a priest, she breaks church and social traditions. Her initial refusal to return the cross unleashes her inner strength in the face of institutional conventions and reveals God within her.” Surely, the political and spiritual possibilities of the film is evident in this statement, but I’d also add that the film is also just plain fun. Metevska walks the line between satire and sincerity with daring sass, and the result is alternately heartwarming and thought-provoking, entertaining and galvanizing, a perfect example of the Berlinale’s brand of politically-minded play.

Metevska’s film was shut out of any of the awards given by the main International Jury, but the award of our Ecumenical Jury prize was received with gracious thanks, the director’s sister (and one of the film’s stars) telling us that this award had extra-special significance for a female filmmaking team who are actively fighting male-dominated religious patriarchy. And I was pleased to find the top prize of the International Jury did go to one of my other favorite films of the festival, the strange and mercurial Synonymes (Synonyms), directed by Israeli filmmaker Nadav Lapid and also featuring a breakout performance, this time by newcomer Tom Mercier, whose portrayal of a damaged Israeli soldier determined to leave his homeland behind and disappear into French culture is utterly thrilling and troubling.

Also of note, both for their political messages and for how much they simply entertained me are three other main competition films. First, Chinese auteur Wang Xiaoshuai’s Di jiu tian chang ( So long, my son), whose lead actors both won the International Jury’s acting awards, chronicles the quietly epic tragedy of a couple losing their child during the dark days of China’s Cultural Revolution. Canadian Denis Côtes’ Répertoire des villes disparues (Ghost Town Anthology) tells the haunting tale of the small hamlet of Sainte-Irénée-les-Neiges, Quebec, whose inhabitants, while grieving the recent death of a young man, begin to see specters of those they’ve lost and those they’ve never met, revealing an unexpectedly personal and political tragedy roiling beneath their unassuming comfort. And German director Nora Fingscheidt’s Systemsprenger (System Crasher), thanks to a breathtaking performance by nine-year-old , dissects the harrowing story of one child trapped inside Germany’s foster care labyrinth as she struggles to overcome trauma from her infancy while slipping between the social service cracks, even while surrounded by well-meaning caretakers desperately trying to make the broken system work for this broken soul.

Finally, two of my favorite films of the festival, both in the Panorama section, which always features a buffet of surprises, are Australian director Rodd Rathjen’s Buoyancy and Hassan Fazili and Emelie Mahdavian’s Midnight Traveler. Both films, in very different ways, highlight the human realities at the heart of our most sensational news stories. Buoyancy interrogates the modern-day slave trade that undergirds most of our global fishing economy through the tale of one boy’s journey through the hell of enslavement aboard a Thai fishing trawler. Midnight Traveler documents, through only the footage captured on three smartphones, the harrowing migration of one family, as they flee persecution, only to be kept in limbo as they await passage to a new home. Both films are thrilling to sit through and continue to tickle the mind and heart long after their short running times.

This handful of examples doesn’t do justice to the creative and spiritual activism I saw on display in the 43 films I absorbed this year, but they lead the pack of politically-engaged art that embody the Berlinale’s most uniquely satisfying gift to culture. In many ways, films are our current shared sacred scripture, moving us through narrative to examine our spiritual and political convictions in ways that shock us out of complacency and despair and nudge us toward new prophetic visions. In a time when so much seems unbearable and unchangeable in our world, we gather around stories together, in community, and ask them what they have to tell us, what they want to do to us, where they want to send us next. By showing us the spiritual and political states of our world, many of the films at the Berlinale make an art of creating new paths forward. I couldn’t ask more of the movies and I couldn’t ask more of a church.