False Faith in Meritocracy: Reckoning with Our Bad Old Normal 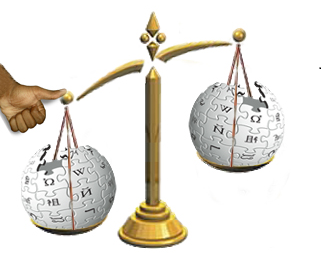 As Team Biden makes it clear that it wants to shake things up, it might consider launching a National Commission on Meritocratic Failure. It might find that, good as it is, free higher public education isn’t going to erase the yawning inequality gap.

Not likely, I know. The new administration is chock-full of achievatrons who fully subscribe to the meritocratic creed and whose own kids are bidding for admission to elite colleges. And I realize that this is the worst possible time to be talking about meritocracy’s problems in a way that could be construed as an endorsement of populist resentment of elites. There is little sympathy on the Left for this country’s riled-up anti-elitists, some of whom recently took it upon themselves to storm the U.S. Capitol.

But in the spirit of avoiding a New Normal that reproduces the worst of the Old Normal, our bound-to-fail meritocracy remains a topic that merits serious attention.

In theory, I should be a big fan of meritocracy’s premise/promise. My chance to rise came in the form of a full scholarship that plucked me away from the company of dairy cows and dropped me into the greener pastures of the Ivy League, when, under the influence of Harvard’s James B. Conant and in the shadow of the Cold War, elite universities opened their doors to hicks like me who could perform well on so-called standardized tests.

But even then, even when I rejoiced to discover that I could compete academically with the prep school boys, I suspected something fishy. I knew, for example, that for me, luck played a large part, inasmuch as my tiny rural high school had been chosen to participate in something they called the University of Wisconsin Guidance Laboratory for Superior Students. For me, this meant heading off to Madison at regular intervals to be tested and interviewed and—more importantly—to be seeded with the idea that I could attend any college I wanted to attend. Absent this experience, I would have settled for a church college or possibly UW itself.

Call it luck, call it grace, call it white male privilege: The fact is that no one succeeds by “merit” alone. This is the fundamental insight that political philosopher Michael Sandel brings to bear in his recent book, The Tyranny of Merit. Sandel, being Sandel, expands his critique of the meritocratic project into a sweeping critique of elite academic institutions, growing economic injustice, and the conventional but misguided meritocratic discourse that permeates the worldview of both national political parties.

I cannot do full justice to this important book within the scope of a short piece. But I can hint at what Sandel is up to by referencing his characterization—echoed recently by Ron Lieber—of elite higher education as a colossal “sorting machine” (where even after admission, competition for glory continues to displace actual learning) and also by alluding to his thoroughgoing treatment of the “rhetoric of rising” and the “politics of humiliation.”

Hubris, and a related contempt for one’s supposed inferiors, lies at the heart of the problem Sandel is exposing. Religion enters into his analysis at multiple points, and Sandel does a masterful job of discussing how the old Protestant ideas about salvation by grace alone morphed into the prevailing self-help ideation.

These days, people bristle at the notion that the United States remains a Protestant culture at its core, but Sandel would counter—as would I, and as would distinguished Harvard economist Benjamin Friedman in his new book Religion and the Rise of Capitalism—that the unique cruelty of our social arrangements cannot be separated from the curdled form of Calvinism haunting the national psyche.

Sandel proposes that we start thinking about contributive justice—what we once called “producerism“—as a fundamental dimension in a new and better social contract.

All this may be familiar ground to the readers of Democratic Left, but what to me is new and noteworthy in Sandel’s take is his insistence that even a perfect meritocracy—one that is not marred by string pulling and legacy admissions and all of the other obvious advantages deployed by the wealthy—would still be morally unacceptable. The fundamental flaw of meritocracy is the inevitable stigma—the loss of honor—that is attached to losing out in the Great Race for Glory.

Citing the pioneering work of British sociologist Michael Young, Sandel insists that social solidarity can’t thrive under any meritocratic system—not even one that is free of manipulation, and not even one with far-less-grotesque economic inequality than ours. After all, and as Sandel observes, having the right credentials is the currency that really matters in our time, outranking even money.

Back to where I began: Is any of this likely to change anytime soon? Not unless our ruling class has a Damascus Road experience. I cannot envision our achievatrons, most of whom are religion-free, learning humility anytime soon and acknowledging the extent to which luck—or grace—factored into their success. These self-satisfied folks aren’t likely to pick up copies of Derrick Bell’s wonderful Ethical Ambition to pass along to their progeny. And besides, those progeny are too busy getting fencing lessons and polishing college application essays in which they will advertise their altruism and emphasize their deep, deep commitment to serving the downtrodden.

Meanwhile, and as inspiration to fight on, I was delighted to come across this bracing and clear-eyed quote from actor Viola Davis, who came up the hard way in Central Falls, R.I.: “There are all these tickets to worth. In this culture you are always showing someone your worth. But the only real ticket to worth is that you were born. That’s it. Over and out.”

To my mind, Davis nails it here and reinforces Sandel’s crucial point. But try telling this to the guardians of the Great Sorting Machine.

In fact, democratic socialists should start to do just that!