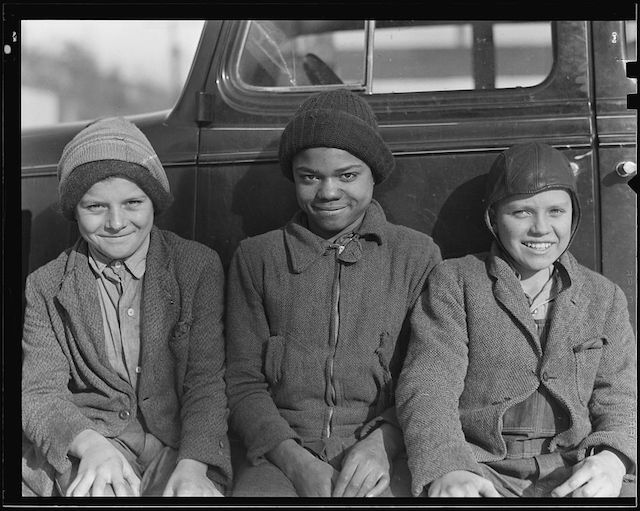 Congress wrapped up 2021 by betraying the nation’s children. Although that may have a decidedly Bah! Humbug! ring about it, remember that in the United States,  Christmas is increasingly claimed by our most popular religion, capitalism. ‘Tis always the season to protect business interests, and that usually means acting against the best interest of our kids.

The refundable Child Tax Credit (CTC), instituted shortly after Joe Biden took office, had already lifted millions of households with children above the Federal Poverty Level – and no one disputed that it could lift millions more. The credit will expire on December 31 because Congress failed to take action on the Build Back Better Act. Some form of children’s allowance is common among our peer nations, but there is a particularly U.S. dislike for aiding “other people’s children.”

Major religions have rites for welcoming new lives into their communities: aqiqah, baptism, brit malah, and namakarana, to name a few. When I was baptized in the 1960s, Roman Catholic churches typically held the ceremony in a small room off the sanctuary, with only close family attending. Now baptisms are celebrated during Sunday worship with the whole congregation present. “You’re all honorary godparents,” the priest in my parish is fond of saying. Being a godparent is an honor, but it’s also a responsibility. Fulfilling that responsibility to nurture all the children in our community is the difference between love and mere sentimentality.

On a societal level, we fail to cherish children, and thus become apostates at odds with our various faiths and even our own instinct. Despite the establishment clause, we do have a state religion: capitalism. As Eugene McCarraher so insightfully put it: “Under capitalism, money occupies the ontological throne from which God has been evicted.” Unlike the God of Abraham, this god will not stay our hand when it comes to sacrificing children.

Build Back Better and the CTC could not overcome the opposition of 50 Republican senators and Joe Manchin, a West Virginia Democrat bought and paid for by fossil fuel interests. There is talk of calling the bill in the Senate in January of 2022 in a move to either give Manchin a second chance to do the right thing or to get him on record voting against kids. This does not strike me as anything that would cause Big Coal’s errand boy much pause. Cheaping out on our kids is nothing new. Though there was a surge in federal spending to benefit children during COVID-19, the level is customarily low and an Urban Institute analysis projects that we’ll soon spend more on debt service than we do on our kids.

Capitalism is hostile to children. They don’t produce anything. Every time they get an ear infection or stomach virus, worker productivity goes down, as they require the full-time care of an adult. While Kellogg may make a buck from scab-manufactured sugar bombs marketed to children, kids don’t have their own money and so can hardly be valued as consumers.

Where your treasure is, so is your heart.  Our financial priorities have created a wealthy society that falls behind far less affluent ones in the way we care for children. This is evidenced by our shameful infant mortality rate, high incidence of childhood hunger, and persistence in locking up kids – mostly children of color – in adult prisons.

Socialism is committed to ensuring that every member of society, even those too young or too old to work, has a decent material standard of living.  Socialism and many religious traditions share the principle of solidarity. I want for your child the same good things that I want for mine. I find meaning in caring about your well-being, as you find meaning in caring about mine. We are comrades, rather than competitors. The arrival of a child is a blessing not just for the family but for the larger community of which they become a valued member. That value is independent of their ability to produce.

A few years ago, my mailbox filled as friends sent me a New York Times story on Finnish “baby boxes,” because I was doing (and still do) work getting diapers to low income families through The National Diaper Bank Network. Any mother who goes in for a prenatal exam in Finland will receive a box outfitted with a mattress that serves as a first crib. The box is filled with diapers, clothing and other baby necessities. Households already outfitted with baby goods may choose a cash payment instead. In other words, the country as a whole helps every baby get a good start. Finland, of course, embraces many of the features of democratic socialism: 75% of Finns belong to a trade union; every student in its excellent public schools receives free meals; the country affirms the right to housing in its constitution, and it is the only European Union nation where homelessness is decreasing.

Solidarity starts from the crib and has since the 1930s, when the Finnish government developed the program to combat a high infant mortality rate. Getting pregnant women health care and providing babies with basic necessities would turn that around, they correctly surmised. As mentioned earlier, the United States struggles with infant mortality today. The rate of infant deaths here was 5.6 per 1000 live births in 2019, the last year for which data are available, with far worse losses in underserved communities. That same year the average infant mortality rate for countries in the Organization for Economic Co-operation and Development (OECD) was 3.8 per 1000. OECD countries have a stated commitment to democracy and free markets. The United States frequently uses these nations for points of comparison. Even in these largely capitalist societies, universal health care, paid family leave, and some form of children’s allowance (cash transfer to families such as the CTC) are common.

The CTC gave the lowest income households in the United States an extra $300 monthly per child. It was not a golden ticket. But it did mean that more families could keep the furnace on and buy diapers at the same time. This in turn reduced the toxic stress that we know accompanies poverty and interferes with child development. That would do kids a lifetime of good. Even most capitalist countries can see that. I’d submit that we in the United States are not only capitalist, but we have created an extremist offshoot that takes mammon worshipping to dangerous and bizarre depths. It leaves no room for the values of our older religious traditions. It measures success in quarters, not generations, and so cannot fathom spending $300 a month to give a child a chance to thrive for a lifetime. U.S. capitalism is so toxic and deceptive that it must be described as a cult.

Religious socialists believe that we are each other’s birthright, a faith that spans traditions and predates Marx by millennia. We should pray, in all our varied and glorious customs, that we find ways to communicate that faith clearly on a national stage. We must be done with letting capitalism harm our children.

Colleen Shaddox is co-author with Joanne Samuel Goldbum of Broke in America: Seeing, Understanding, and Ending US Poverty.