Healthcare, Marx, and the Mandates of Religion 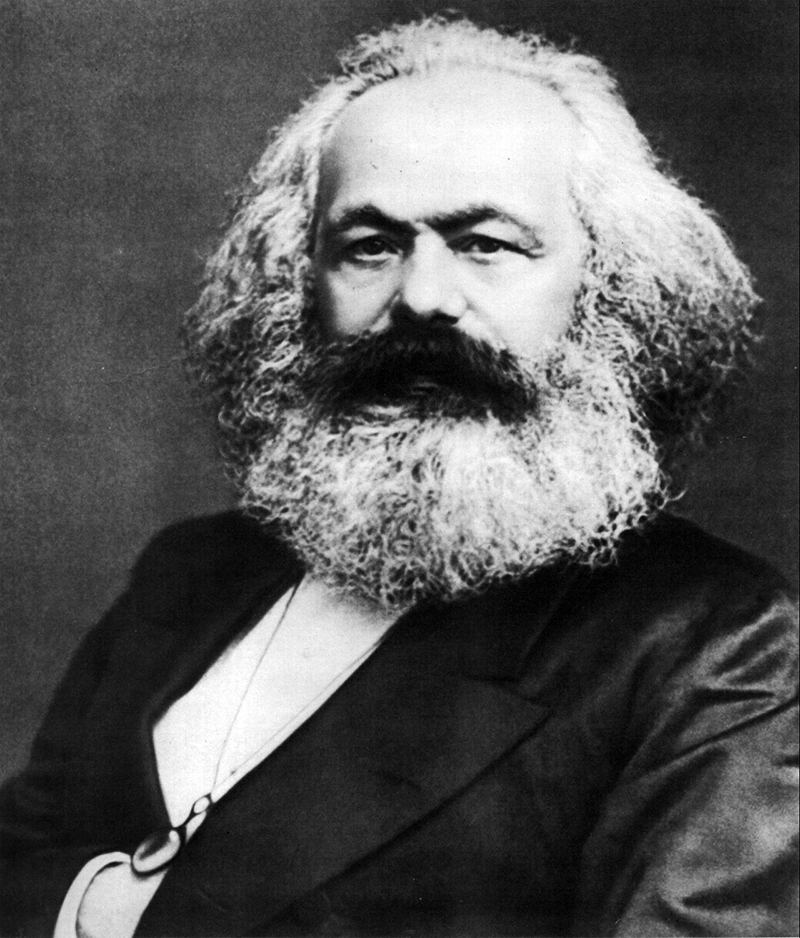 In high school, I had a Spanish teacher who would leave class for 45 minutes at a time and a history teacher who would occasionally turn on The Price Is Right in place of a lesson. But the class I got the least out of was economics, which was so far over my head that I couldn't even hate it. I simply endured. For much of my life, I knew Karl Marx only as an economist; therefore, I ignored him.

So, when I came across a collection of his work titled Selected Writings of Karl Marx’s Sociology and Social Philosophy, accompanied by a foreword from renowned psychologist (and decided non-economist) Erich Fromm, I gave it a shot. The book seeks to place Marx among humanist philosophers. As Fromm writes in his foreword, Marx viewed socialism as a way to provide “the material basis for the full development of the individual, for the unfolding of all his human powers...” not simply, as I’d been taught, a transfer of the means of production. The book puts Marx’s beliefs about people first and economics second, rather than the other way around, and I found this profoundly refreshing.

The book includes many selections of Marx’s earlier work, including his arguments in The German Ideology about the concept of utility, a tool used by economists to measure human satisfaction. Marx calls the term an “apparent absurdity which transforms all the various interrelationships of men into the single relationship of utility.” But he argues that the concept makes sense when we consider it “follows from the fact that in modern civil society all relationships are in practice subordinated to the single abstract relationship of money...” That is, because money becomes the defining way in which we place value on our time and actions, human relationships become largely based around the answer to the following question: what is this person worth to me in terms of what they can do for me?

This perspective begins with businesses owners and management, but then spreads like a virus to all who live in a capitalist society. As I read this, I realized that this analysis of capitalism, represents a major point conflict with my religious beliefs. The contradiction was once again highlighted during the recent last-ditch effort by right wingers to deprive twenty million people of health care.

As in so many political discussions, humans were not viewed by their status as individual people, but by their value to the economy. Are they workers? What kind? How many benefits should we provide them, and of what sort? Most important, What benefits do they deserve based on their economic utility to others?

These questions are heartless. They avoid the central belief of most religions: that everyone deserves love. There are no parameters set upon this belief. In fact, in the stories of my own Christian faith, Jesus goes to great lengths to show love to people shunned by his society, perhaps most powerfully in the case of a woman being stoned for her supposed sins. His forgiveness and consequent defense of this woman provide a concrete example that, when it comes to love, exclusion is not an option.

Most current arguments against universal health care can be seen in a similar light. Health care, according to oppositional arguments, should be allowed only to those who work hard enough to afford to pay for it, to those who can continue to provide utility to our economy if they receive it. But what of the people who can’t work for whatever reason?  What of the people who can’t find a job that allows them the luxury of purchasing health insurance? Simply because they provide our economy less utility than others does not make them undeserving of love and, consequently, basic medical care.

What about the people who, horror of horrors, are "lazy"? This supposed freeloader, too often the fictitious “welfare queen,” imagined to great effect by Ronald Reagan, is a trope that continues to this day among both conservatives and neoliberals. They are always differentiated from the "deserving poor."

But, doesn’t even the small percentage that might be considered "freeloaders" deserve love? How can a Christian, who lives by Jesus' statement that “just as I have loved you, you also are to love one another,” answer no? And if the answer is yes, how can we deny everyone the basic necessities of life, a core pillar of these necessities being healthcare, simply because they do not provide our economy with enough utility?

Once we begin to base our interactions with others on their utility to our system, we begin to deny a belief central to many religions, including my Christian faith: that we are all the children of whatever magnificent force created life. That every single person on this world deserves to be treated as a remarkable individual--a miracle, really--created by this force, and worthy of all the love we can provide. Their utility to our economy is, ultimately, meaningless.

If we take this as our starting point, many of the arguments for socialism fall into place. People have inherent value, and each and every one of them deserves a decent life. No longer are we allowed to view people by their utility. We can only view them by their humanity, the value of which is indescribably vast.

As religious socialists, we must hold politicians accountable by reminding them that when they cast a vote that either provides or denies basic necessities, they are doing more than casting a vote. They are looking into another person’s eyes and deciding whether to recognize not just their utility, but their humanity as well. Let them act as Jesus did and as the prophets of so many other of the world’s religions have when witnessing the persecution of a fellow human. Let them ask the world to drop their stones and, instead, offer their love.

C.R. Mills is a writer and activist. Since publication of this article, his religious beliefs have continued to develop.--April, 2020