Hermann Cohen: What Can a 19th-Century Philosopher Say to a 21st-Century Socialist ? 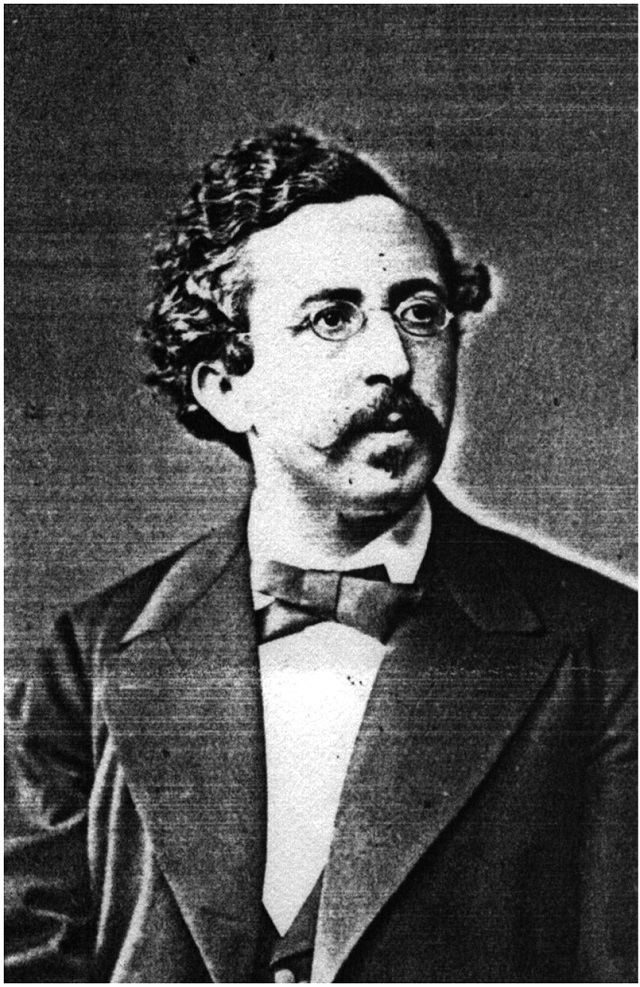 Hermann Cohen (1842-1918) was the preeminent German-Jewish intellectual of his time. A prominent spokesperson for Liberal Judaism, he led a revival of Kantian philosophy and had the almost-unheard-of distinction of occupying a professorship while remaining an unbaptized Jew. He also advocated a unique brand of socialism, derived from Kantian and Jewish sources, which influenced the German politics of his day and may offer resources to contemporary seekers after a Jewish socialism.

The philosophical basis of Cohen’s socialism was idealism — which   means that abstract ideals are in some sense more real than empirical things, which are themselves only ever imperfect realizations of ideals. In the world of experience, ideals can never be fully achieved. Progress consists in formulating and pursuing these ideals, which serve as models for which we strive and that keep us from accepting the reality we encounter.

This idealism puts him in conflict with a common reading of Marx. Without entering into the debates about the right way to read Marx, we know that one “orthodox” reading sees him as committed to historical determinism. According to Hegel, “everything that is is rational, and everything that is rational is.”  Although reality is rent by contradictions, history is moved by an insurmountable inner logic by means of which these contradictions are resolved. Marx, according to this reading, maintains this determinism and sees socialism as the inevitable outcome of history. For Cohen, this line of thought confuses the ideal with the real.[1] The just society is a task which is given to us; any conviction that the ideal is somehow already present, Cohen argues, will eventually lead to a defense of the status quo — a prescient statement in light of 20th century apologetics for authoritarian socialist regimes.

Cohen develops his own socialism in large part by looking to what he takes to be the ideal content of Judaism. Monotheism is the idea of a unique God who is totally unlike and completely transcends the world. The transcendence of God levels all human distinctions, showing us to be equal in the important respects. So, all human beings ought to be equal in dignity and welfare. But In the empirical world, we are everywhere confronted with suffering and injustice. Cohen calls our sense that human society does not look as it ought insofar as it is riven by poverty and inequality “sympathy” and points to what Cohen takes to be the other great contribution of the Jews to humanity — messianism. Messianism is the ideal of a society in which distinctions between rulers and ruled have been abolished, and a united humanity lives in peace.[2] He saw a through-line running directly from the Bible to the social democratic politics of his own day, writing that “the politics of the prophets are nothing but what we today call socialism. Their faith is to have justice done to the poor, and their religion is morality.”[3]

One final element of Cohen’s political theology that warrants mention was his anti-Zionism. Cohen rejected the idea of a Jewish political nationality, and was in fact a fervent German patriot. According to Cohen, the existence of a Jewish people was an instrumental good; the people serves only as the bearer of the message of monotheism in the world. He thus saw the Jewish diaspora as necessary for their divine mission, writing that “The One God deprived us of our fatherland in order to give it back to us in the form of humanity…To induce the whole world truly to acknowledged this one God — this is our task in world-history.”[4] The consolidation of the Jewish people into a single nation-state would render this task impossible, and he therefore saw Zionism as unacceptable.

Cohen’s socialism had a decisive influence on Eduard Bernstein, a Social Democratic parliamentarian and a leading "Revisionist".[5] Bernstein sought to revise elements of orthodox Marxism as it was then understood, in particular its historical determinism. He argued that capitalist society was not inevitably heading toward the collapse that other Marxists expected, and that socialism could be achieved through a process of reform. The socialism that he articulated in light of this revision, influenced by Cohen, was grounded in philosophical ethics, particularly those of Kant. Thus, Cohen exerted an important influence on the development of European social democracy.

What elements of Cohen’s socialism are still relevant today? The idealistic basis of Cohen’s socialism can count for or against him. For those disillusioned with what they see as the failures of orthodox Marxism as a predictive theory, basing socialism on philosophical arguments not subject to empirical disproof can be a way of rescuing the vision of a liberated society. On the other hand, the somewhat ethereal nature of Cohen’s arguments means that his socialism is in danger of becoming unmoored from material reality. Even if one gives up the historical materialism of orthodox Marxism, a socialist theory that appears to consist entirely in abstract theses about an equal society threatens to become diluted and not very distinguishable from social or left-liberalism.

For those interested in the formulation of specifically Jewish, religious forms of socialism, Cohen still has much to offer. His arguments about the political implications of monotheism and his vision of the messianic era as a society in which knowledge of God engenders economic and social equality retain much of their power. More problematic, perhaps, are Cohen’s views of the nature of the Jewish people. The shadow cast by the Holocaust has made Cohen’s optimism about the place of Jews in Western culture, as well as his opposition to collective Jewish political power, seem naive to some. Even bracketing these concerns, though, Cohen’s conception of the Jewish people seems to manage at once to be self-effacing and to affirm a subtle chauvinism. The people itself  — its material, bodily reality — has no intrinsic significance, and is reduced to the hardware that transmits the software called monotheism to the world at large. At the same time, the Jews are posited as the purest, and in some sense, the only source of monotheism, the vehicle through which the rest of the world will eventually become “spiritually civilized.”

This missionary role motivates Cohen’s anti-Zionism, not skepticism about the nation-state as such or an overriding concern with the political rights of the Arab population of Palestine, the primary concerns driving those anti-Zionist Jews who are outside of ultra-Orthodox circles (where anti-Zionism is driven by a belief that no Jewish state should exist until the coming of the Messiah). The highly particularistic nature of Cohen’s anti-Zionism makes it, I think, of limited use to contemporary Jews looking to articulate non-Zionist political theologies. It is also possible that Cohen’s case serves as an example of a basic problem facing any such attempt: an anti-Zionism (or socialism) that is specifically Jewish and religious may only be feasible if it gives a unique or privileged status to the Jewish people. To the extent that contemporary Jews are uncomfortable with affirming such a status, it may be that the formulation of specifically Jewish versions of socialism (as well as non-Zionist political theologies) is stymied.

Vincent Calabrese is a doctoral student in Religion at the University of Toronto, where he studies modern Jewish thought.

[3] Cohen, Hermann. Ethics of Pure Will. Quoted in Schwarzschild, “The Democratic Socialism of Hermann Cohen,” p. 432.