How Long Can You Go Without A Sabbath? 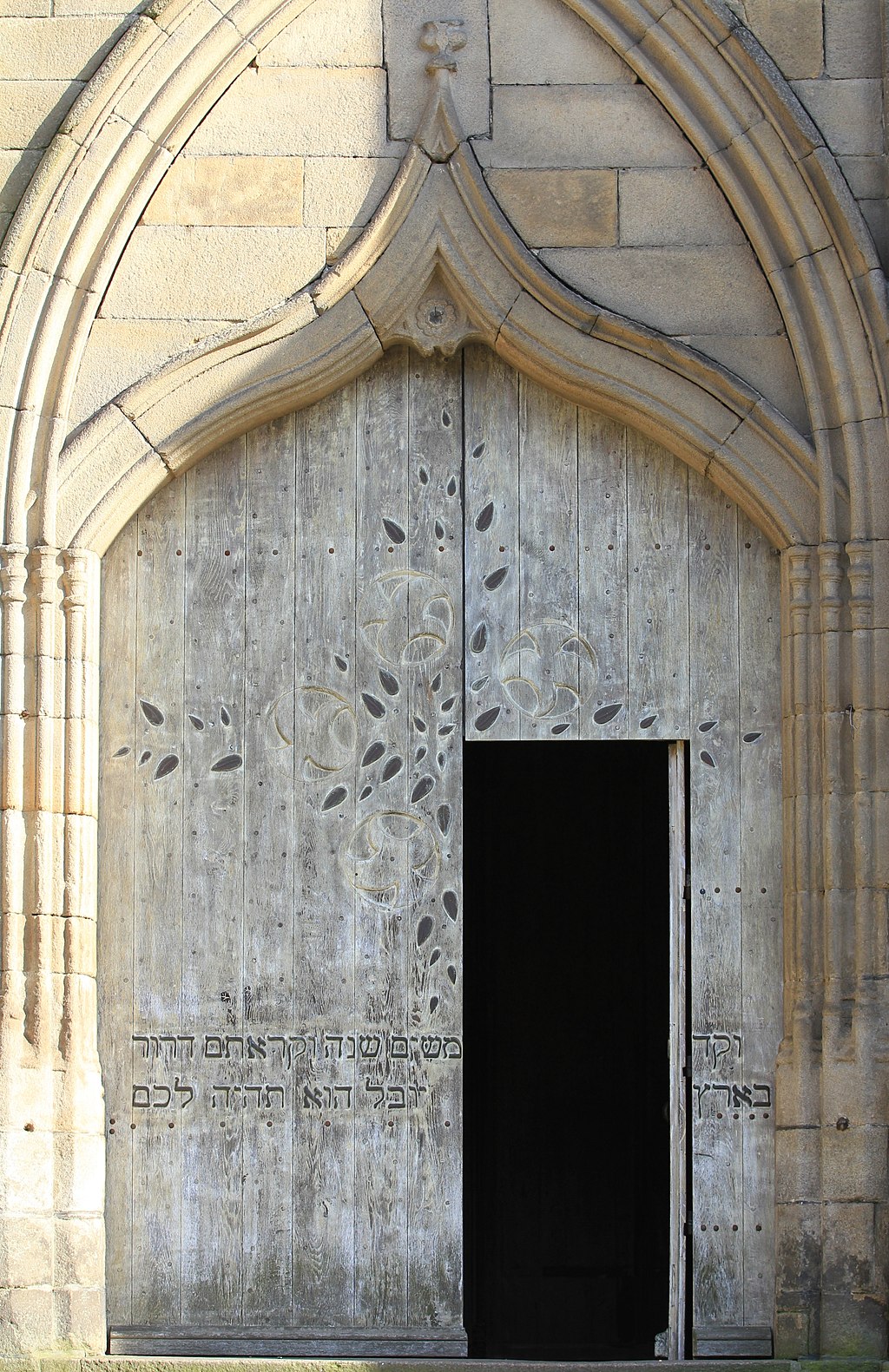 From the RS archives, this is the third of three talks offered on a panel discussion of religion and socialism at the November 1979 conference of Democratic Agenda, a coalition supported by DSA’s predecessor organization DSOC. We posted the first and second talks recently.

A week ago, I thought that what I would talk about this morning would be an overall examination of socialism in the light of the religious tradition, especially in the light of what I think the Biblical tradition means by the Jubilee and the Sabbath. I do want to talk about that, and I will. But within the last week I’ve become very concerned about not only that long-range, constantly-to-be-dealt-with question, but about another question that seems more short-range, thought it keeps arising throughout the whole of our generation: what looks to me to be a very immediate, possible, disaster, a moral and political disaster, arising from the upheaval on the West Bank and Gaza. I want to say something about that in a religious framework. I would not be saying it, I should add, if I didn’t feel a sense of trust that people in DSOC take seriously the state of Israel and the Jewish people. I don’t feel this about all conceivable groups on the left or in the rest of American society.

What has happened on the West Bank in the last week is fueled in some ways by a deep religious confrontation over the nature of the West Bank, the nature of the land of Israel, and the nature of the land of Palestine. For that reason, too, I think religious socialists, Jewish and other, need to deal with it. As you probably know from the newspapers, there is a collision around the possibility of the deportation of one of the mayors on the West Bank. All the mayors elected by the people have resigned. They have urged the people not to cooperate with the military government. There have been demonstrations, hunger strikes, and other unrest. The Israeli government, as far as I have been able to tell, is now poised between going through with the deportation, or, if the Supreme Court of Israel prevents that, going through with the rejection of the West Bank majors as any kind of legitimate political force. This could lead to horrendous physical collisions. I would imagine that the Egyptian-Israeli peace settlement could be shattered.

I want to say something about the religious dimensions of this confrontation. As you know, there is a religious view that the land of Israel, from the Nile to the Euphrates, belongs to the Jewish people and was promised to the Jewish people by God some three thousand or so years ago. I identify with that claim, but not only with that claim. I think that reading carefully the story of Isaac and Ishmael teaches us that God, in a sense perversely and with black humor and irony, promised the land to two peoples, to the descendants of Isaac and Ishmael. At the first level, that promise is one of perversity, humor, and irony, but at a deeper level it is a deep teaching. It teaches us that if the Jewish people are indeed a kind of experimental model by which the peoples of the world are intended to learn the difficulty, and the joy, and the necessity of becoming holy peoples, that a people need a land, that the Jewish people needed the land of Israel in order to be a full people, in order to be able to express the building of a holy society, in order to build a holy economy (a question that socialists should care about), and in order to build a holy ecology (a question that socialists should also care about). For all these needs, a land is needed in order to be able to shape an economy and an ecology. That was one level of the teaching: that ‘Eretz Israel was crucially connected with ‘Am Israel. Our job, the job of the Jewish people, was to build a holy society, economy, and ecology in that land. If the Jewish people are an experimental model, then what God had in mind was that since each people is entitled to the land but since all peoples must share the one land, i.e., the whole earth, then the experimental model must share its land and must figure out how to do it. That is what I mean by the double-edged promise. God said “I give you the problem. You have a land and that land is also the land of another people; you figure out what to do about it. You complete the creation by figuring out what to do about it. One of you can rule over the other, or you can figure out a way to fuse, or you can figure out a way to share, divide, and deal decently with that land as the peoples have got to figure out a way to divide and deal decently with the whoe earth where the boundaries are not so obvious.” In that sense, Jewish teaching, heard correctly, deeply, and profoundly, agrees with and goes beyond the teaching that the land has been promised to us and the Palestinian people. We have got to learn, both of us, to live with that.

Now I want to turn to the longer-range questions, though the previous one has its long-range aspects: from Ishmael to now is a long time. I want to deal with the tradition of the Jubilee and the Sabbath and what they would have to say to secular socialism.

I think they pose a critique to socialism as we have known its development over the last century and a half. The Jubilee was the command that in the year after the seventh seventh year, i.e., in the fiftieth year, the land should be shared again, family by family, and the land should not be worked for the second year in a row (because it shouldn’t be worked in the forty-ninth year either). The people were to celebrate that the land belonged to God and that it belonged to each family equally. That is a quick, skeleton description of the Jubilee.

I think in its deepest teaching the Jubilee says to us that spiritual and political liberation are indistinguishable. That is, they are so deeply intertwined that they are not even intertwined at all; they are the same thing. You cannot say that we must share the wealth without saying that the wealth is God’s and not even ours to share. You cannot have the spiritual liberation of stepping back, of not controlling, of not doing, without also saying the wealth belongs to everyone. The two are one, and the Jubilee is the way of celebrating that fact. One must believe and act on three things at the same time:

1) That the land is everyone’s

Finally, I want to say that I think we have gone through three hundred years of the two twin brothers—the older one is capitalism and the younger, socialism. Like those other brothers, Isau and Jacob, the younger needs to win, but only a victory that includes reconciliation beyond the victory. The twin brothers need to go back to their parents, back to the society that existed before the three hundred years to understand what it means to use well the fruits of these three hundred years. In a sense we have had three hundred years of no Sabbath. We have had three hundred years of the religious traditions being embarrassed because the things they said they were for—clothing the naked, healing the sick, and feeding the hungry—were being done better by scientific industrialism. I think that we may have learned in the last ten years of that three hundred that there is a limit to how long you can go without a Sabbath. There is a limit to how long you can go with production and consumption being the sole goals of the human race. That limit has been reached when we begin to understand the destruction of the biosphere that not having a Sabbath means. If we use the world and only use the world, it uses us. If we poison the world, it will poison us.

I think it is time for the religious traditions to stop being embarrassed. I think it is not surprising that Schumacher talked about a Buddhist economics and was in fact a serious Christian. I think it is important for us to remember that the only traditions, the only ideas that are alive in the society today (which are not very alive, but alive) that teach us how to live in a world in which there is not continuous, permanent, unchecked, unrested economic explosion are the religious traditions which come down to us from before three hundred years ago. The period of industrialism is the period in which nationalism and capitalism and socialism formed their ideas. None of them, standing alone, understands adequately how to deal with a world that needs to rest, to reflect, to reexamine purpose for the sake of its material health, as well as for the sake of its spiritual liberation.

Arthur Waskow is the author of many books and is the founder and director of the Shalom Center.

(Image: Door of Saint-Malo church in Dinan, France, with text from Leviticus 25: "And ye shall hallow the fiftieth year, and proclaim liberty throughout the land unto all the inhabitants thereof; it shall be a jubilee unto you." Via Wikimedia Commons.)