I'm Having a Blue Christmas In a Red State 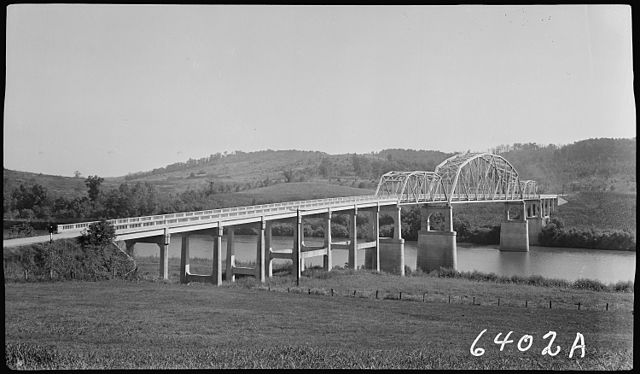 Living in Tennessee has its benefits. The winters are milder except for when they aren’t. All restaurants ask you to specify if you want your iced tea unsweetened. And we have federal protection for the greatest example of biodiversity in the Northern Hemisphere: the Great Smoky Mountain National Park.

The best example of federal infrastructure is the Tennessee Valley Authority. It is a bittersweet legacy of lost farms and communities to massive lakes on the Tennessee river. The other side of the coin is my mother can remember when her family first got electric lights.

The eastern part of the state is occupied by the military-industrial complex. Oak Ridge is no longer governed directly by the U.S. Government. But the Department of Energy makes it a center of technological development, nuclear weapons maintenance, and energy research. And yet, it is possible to travel to Hancock County and find a community whose only source of drinking water is a spring. This dichotomy captures my red state. We are a place of contradiction.

I am having a blue Christmas in a red state because of another contradiction. The major cities of Chattanooga, Knoxville, Nashville, Johnson City, and Memphis tend to be progressive for what that’s worth. Each one has a DSA chapter. We are primarily rural, though. Trump's country describes us well. The state legislature (the General Assembly) is a super-majority Republican enclave. There is little policy discussion. Almost every move by the legislature has been culture war idiocy.

Our newest gift this Christmas is that our formerly non-partisan school board races are now to be partisan. Can’t have those underpaid teachers teaching Critical Race Theory. A few school board meetings have made national news due to the levels of vitriol and threats of violence. Matt Hawn, a high-school teacher in Sullivan County was fired in May for teaching about white privilege. His “crime” was making an air-tight argument that it is real. Teachers are expected again to uphold a political orthodoxy in social sciences just as a hundred years ago science teachers, John Thomas Scopes, especially, were required to do. Tennessee’s history of measuring student and teacher success by standardized testing indicates how politicized school boards would make students partisans as opposed to citizens. What new sort of “teaching to the test” awaits them?

The General Assembly met in an emergency session to punish school districts and businesses for taking common sense precautions due to the pandemic. Our governor waited a long time before admitting to being vaccinated.

Sevier County’s own Dolly Parton gave us better gifts. Her efforts for the students of Sevier County increased graduation rates and literacy rates. She helped fund COVID-19 vaccine research. The gift helped give the world a vaccine last Christmas. Five years ago, she aided people who lost homes and livelihoods to what became known nationally as The Gatlinburg Fires: a fire fueled by drought and unregulated building in an area near the Great Smoky Mountains. Very little has been said about climate change and the disaster by our legislature or our fundamentalist governor. This month’s storms, which left many dead and many more displaced, are a reminder.

I am having another blue Christmas in a red state because on Sunday mornings on my way to church I see “Trump 2024,” “ Fuck Joe Biden,” “Let’s Go,Brandon,” and other evil statements displayed near the airport. The people who pay for these billboards claim to be Christian. Welcome to Tennessee, visitors.

Religious life is never easy. Being a pastor is more difficult. The temptation is to keep one’s head down and consent by silence. But I have church members who tell me they are glad that I speak out on these matters. I wonder how far I can go.

I am having a blue Christmas in a red state because religious activism tends to be about one or two issues. Religious communities do not know how to stand against the foolishness of the powers. In contrast to Dolly Parton, we have County Mayor Kane (former pro-wrestler Glenn Jacobs of Knox County). How can religious communities stand against “Right to Work” being enshrined in the state Constitution when they don’t know if they should? The question comes up because we are not clear about unjust social structures. “ Right to Work” is only one example. But, as my brother United Methodist Jim Sessions says, “Most of our churches are management churches.” How invested are we in systemic evil?

I am having a blue Christmas in a red state because health care in this state continues to be in crisis. Our legislature refused to expand Medicaid even though it would not have added to the state budget. It was a result of Obamacare, after all. We can’t let it appear to help anyone. Rural hospitals closed. It cost the state as many as 20,000 jobs by one estimate. The cost of healthcare climbed further out of the reach of the working class.

I am having a blue Christmas in a red state because when I see adults playing cowboy with pistols on their hips. My father’s neighbor will not mow the yard without packing heat. Open- and unregulated-carry laws do not make people safer. It only makes them more paranoid.

I am having a blue Christmas in a red state because lately the birth story from Matthew’s Gospel seems to fit better than Luke’s version of events. Our clueless leaders are more worried about appealing to the basest of bases. They fear being “primaried” and losing to someone even crazier than they. Appeals to reason fail when the Herods would rather slaughter the innocent than seek salvation. Yet, the stars shine during the darkest hours.

There is a glimmer of hope. My blue feelings at Christmas are real. But it is still Christmas. I continue proclaiming and working for social peace during turmoil. Jeremiah, the prophet, is my model.

Don Jones is a United Methodist minister serving in Maryville, Tennessee. He is a member of the Knoxville Area DSA. He writes a blog “Glorious Life” for Patheos. Don is a native of Tennessee with deep roots in Appalachian culture.