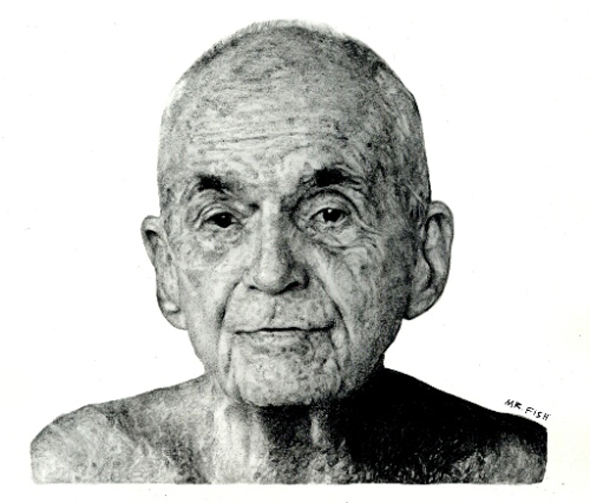 Imagining the New Creation: The Aesthetic of the Berrigan Witness

In his eulogy for his brother Philip, a former Josephite priest, Daniel Berrigan, who died on April 30, wrote, “What we had at the end was a masterwork of grace, of human sweetness. We gazed on him with a kind of awe.” (Testimony 146). Such a statement might seem odd at first for such a practical, even aggressive man as Philip. We might ask other questions of such a man at the end of a long life of resistance and protest: Did he end American warmongering? Did he start a social movement, a political platform, or a drive for church reform? And we could ask of Dan (or Jerry Berrigan, who died this past summer), what practical results they did accomplish?

Dan did not address these things directly in his homily for Philip. Instead, he describes Philip in an Ignatian way, as a “masterwork of grace”— shaped and beautified by the cooperation of God’s grace and the human person.

The Berrigans never wrote a systematic theology or a cohesive social theory, and they barely made a dent on the day-to-day activities of the academy and the Catholic Church in relation to American imperialism. Even their many books are mostly out of print. What they did do is craft a hard-won aesthetic of resistance in cooperation with what they saw as the grace of the God of peace.

Dan never cast aside his Ignatian sense of finding God in all things. As he argues in “St. Paul: Figure of Crisis,” the relationship between the reality of grace and the brute facts of the world “as the Son of God had intimated in His incarnate presence, is a truth of mutual interpenetration” (They Call Us Dead Men 140). And this mutual relationship feeds the social mission of the Church to the world. It is also a necessity for the Church’s identity as truly catholic, or universal—a Body with world-historical significance rather than a regional sectarianism. As Berrigan explains: “For the Eucharist to be itself, the Church must become herself; for the Church to become herself. . . . Christians must form a living procession from their altar into their world” (139).

But the Christian, in moving toward the world in love, “a world at whose center stood a real Body, veined with real Blood” (TCUDM 140), is confronted by the napalm-scorched children of Hanoi. Dan frequently laments the lack of imagination and vision that the Vietnam War encouraged in Americans. Describing the perpetrators of a gruesome rape and murder endorsed by their superior officer during the war, he asserts that there “is nothing for these men in ‘normal’ society … So they grab finally, or are grabbed by, the military, are washed clean in that baptism of the damned, are inducted, swear their oath to Caesar, are clothed in the new garment” (America is Hard to Find 26).

Here, Berrigan mirrors the Pauline language of baptism, but in a perverse imperial inversion of its meaning. Morally deficient American society forges citizens devoid of imagination, of a sense of themselves and their nation that might transcend warmaking, racial hatred, and poverty. War in Berrigan’s writing is in part a disease of the imagination. It is the death of beauty and the sinful attempt by the fallen powers of this world to obliterate life itself, by systematically destroying humans’ ability to imagine a world of peace and love, a world of anything but violence. Instead of a masterwork of grace, the baptism of the damned forges instruments of death—both literally in the case of nuclear weapons and spiritually in the case of soldiers who could  rape and murder. (Berrigan would latter coalesce these powers around the satanic symbol of “Lord Nuke”).

Yet Caesar doesn’t only hold captive war criminals and corporations that profit from weapons of mass destruction. Berrigan is clear that “Lord Nuke” lies coiled in the heart of all people, and that death can seep into the most mundane and everyday situations of human life.

Although Berrigan was a realist when it came to American militarism and everyday human suffering, he didn’t believe that the “real world” could be summed up by these realities. As his friend William Stringfellow would say, “death does not have the last word.”

The actions for which they are best known—Catonsville and Plowshares--and, really, their whole lives were attempts to provide a corrective to America’s race to destroy creation and create a void. As Berrigan says, “we wanted to find a new kind of spiritual geography out of which to operate,” one in contradistinction to the “imposition of death” that constituted militaristic American policy (No Bars to Manhood 36).

“Something radically different is still possible”—this is the Christian hope of the Incarnation and Resurrection, the hope of leaving the chrysalis-tomb behind in favor of new creation. Or as Berrigan puts it in “Peacemaking is Hard,”

a man walks on his nails

smelling of death and life.

another way, toward life

a man walks in his shroud

The promise of “walking in one’s shroud” is the same hope that the early Dan Berrigan saw in the event of Christ, but now saw in a less idealistic key—there is no resurrection, no transfiguration of the world into a new creation without the cross.

The hope and conviction that grace really does lie at the heart of the world, and that death could not overcome it—that the Christian must move toward the world in love rather than retreat from the world and its horrors—remained with the Berrigans throughout their lives, giving aesthetic shape and joy to what would otherwise be a long slog through a napalmed valley.

The Berrigans did not attempt to start a cohesive movement, write a theology, or overturn the government. Instead, they offered a way of transfiguration, especially for the imagination. As Dan wrote in his message to the actors performing his play “The Trial of the Catonsville 9,” “I cannot imagine an actor entering such a furnace of moral resolve as Catonsville was for us, without changes of a rather serious order occurring within those taking part and those witnessing the act. At least I would hope this would be true” (268). The Berrigans hoped to provide an aesthetic form for the forging of “masterworks of grace,” for new creations bathed in the light of the resurrection, for the making of saints. This form is still available for those who would take them up on their courageous procession from the altar to the world. Thanks be to God, and to Dan.

Nicholas Laccetti received his M.Div. from Union Theological Seminary in 2015, where he studied the intersections between popular religion, theology, and social change. He is currently the Ministry with the Poor Communicator for the United Methodist General Board of Global Ministries in New York City. This essay is adapted from a reflection written for a spring 2013 seminar at Union Theological Seminary on the “Berrigan Witness.”

---. The Discipline of the Mountain: Dante’s Purgatorio in a Nuclear World. New York: Seabury Press, 1979.