Islam, Liberation, and a Call to Fulfill the Revolutionary Legacy of Malcolm X 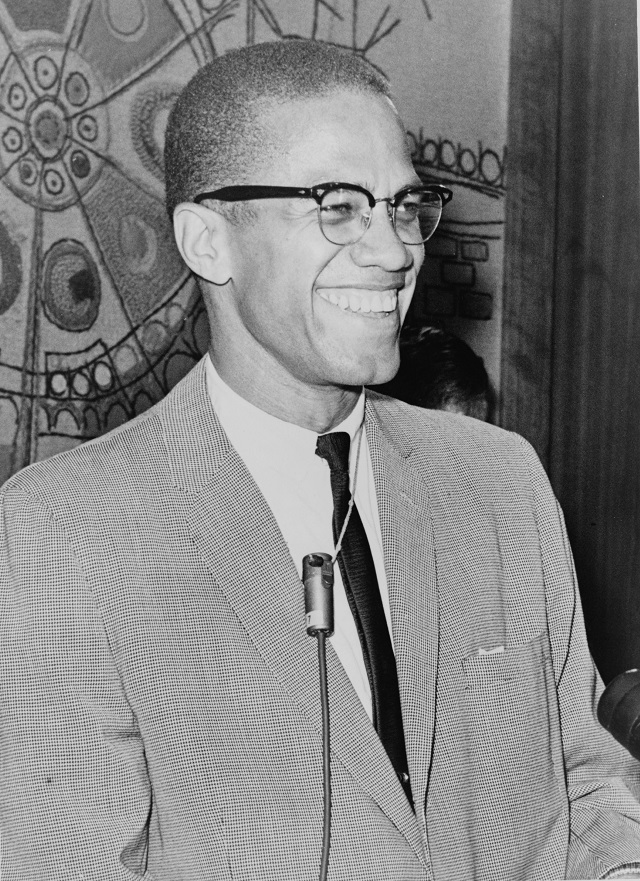 On May 19th, 2020, on what would have been El-Hajj Malik El-Shabazz’s—better known as Malcolm X— 95th birthday, the Shabazz Center held its annual celebration honoring the life of the renowned Black Muslim leader.

Although recognized today as a major figure in the Black Power Movement he was dismissed by many at the time as an angry young man. Born Malcolm Little in Omaha, Nebraska, to parents who were followers of Marcus Garvey, a leader of the Pan-Africanism movement, he experienced racist violence at a young age. Although his father’s traffic death was officially ruled an accident, there is strong reason to believe that he was run down by white nationalists. In his teenage years, while in prison, Malcolm was introduced to the Nation of Islam, an African American movement that connected black nationalism to Islam. After his release from prison, Malcolm emerged as an articulate and charismatic minister for the Nation of Islam, promoting an alternative to the mainstream civil rights movement of his time. After having internal disagreements with the its leadership, Malcolm left the Nation of Islam and journeyed across Africa. Before visiting Ghana, modern-day Egypt, Sudan, Nigeria, and other African nations, he completed his Hajj (sacred pilgrimage). The experience of Hajj exposed him to the more mainstream versions of Islam practiced globally, and, as he wrote in a letter to his loyal assistants in Harlem, helped him establish that, “Americans should be more receptive to Islam as an already proven solution to the race problem”.

The challenges that were prevalent during Malcolm’s lifetime persist in today’s society. While the dominant framework about the role of race in mainstream media revolves around colorblindness, these claims of race neutrality coincide with opposition to Black demands for justice. The recent murders of Ahmaud Arbery, Breonna Taylor, and George Floyd follow in a long line of atrocities to which Malcolm X was no stranger.  Much of his national reputation came from his fight against police brutality in the 1962 Los Angeles police shooting of seven members from the Nation of Islam. In Malcolm X’s words, “Seven men were shot. None of them were armed. None of them were struggling.” These words still apply today.

Malcolm viewed the United States as a colonial power, through its colonization of Black bodies and the bodies of workers who were not recognized as human beings deserving of respect. It is impossible to reconcile capitalism with liberation along race and class lines, and Malcolm X knew that this was no accident. He even stated that “most of the countries that were colonial powers were capitalist countries. You can’t have capitalism without racism.” He reflected during the Hajj that “it is next to impossible for humans to meet in America and not be conscious of their color differences.” Through his understanding of faith and the historical framework of the nation’s founding on slave labor, he recognized that if racism were removed and community established across race and class lines, society would be able to properly progress.

For a freedom fighter like Malcolm, committing to a religion was not easy.  He could only respond to a religion that, while binding one’s consciousness in submission toward the divine would simultaneously liberate humanity from the systemic shackles of society. At the center of Malcolm’s philosophy is freedom, being “essential to life itself” and to the reality of justice and equality, as he emphasized at the Harlem Freedom Rally (1960). As such, it may seem odd for one who advocates for liberation and freedom to navigate the (superficial) dichotomy of servitude toward God and true liberation. However, Malcolm understood that although  “Islam” means submission, this was only to the extent that it forces its followers to strive toward true freedom. He practiced Islam as a liberation theology— a religion that “believes in freedom.” For Malcolm, Islam was his revolutionary axe, one that permitted him to fight back if necessary and forbade its followers from turning a blind eye toward injustice and relinquishing their freedoms.

“There is nothing in our book, the Qur’an, that teaches us to suffer peacefully,” he said in delivering his “Message to the Grassroots.” Through Malcolm, Islam’s potential was awakened at the grassroots level—beyond the establishment— allowing for the true teachings of Islam rooted in justice to be promulgated. Malcolm emphasized that Islam, while a peaceful religion, refused to allow its followers to “turn the other cheek.” He took Islam as the paradigm for change, and by organizing across denominational and religious lines, created a necessary black nationalist progressive movement.

Through the lessons found in Islam and in Malcolm X's teachings, we look at the COVID-19-stricken world and see the ills of capitalism and an ongoing repression/recession. Our reality here in this country is that tens of millions are unemployed, food lines have grown, domestic violence and racism are on the rise, and healthcare continues to elude us as a human right even during a pandemic.

Malcolm often expressed cautious optimism that a grassroots movement of Black and brown people could force change in this world, especially during times of great challenge and upheaval. In his spirit, we must begin building spaces for deep organizing first within our Muslim communities. By doing so, we would be creating spaces to challenge corrupt systems and build out infrastructure to begin dismantling it.

In honor of Malcolm X's example of furthering meaningful change in our societal 'support' systems, we are assembling a dedicated group of Muslims within the Democratic Socialists of America (DSA). Join us in thinking through and organizing this Muslim Caucus as we fight for our communities while centering Islam as our guiding light! Email us at [email protected] to get involved with this work.

May Allah Reward You With Goodness