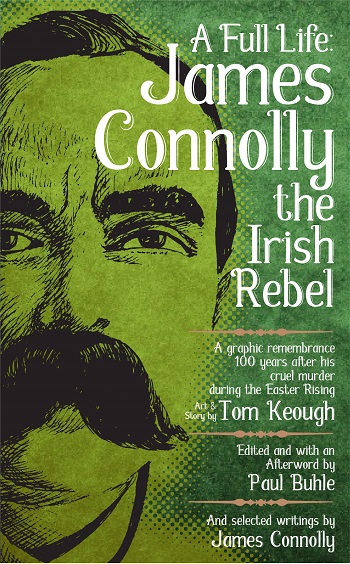 Ed. Note: On the occasion of the hundredth anniversary of the Irish Rising, we are happy to reprint some panels from A Full Life: James Connolly, the Irish Rebel. The panels deal with the Easter Rising and Connolly’s martyrdom. The full graphic biography is available at http://iwwhlf.org/james-connolly-centenary/  Art and Story by Tom Keough, Edited by Paul Buhle .Published by the Hungarian Literature Fund and PM Press.  In the introduction below, DSA member Paul Buhle describes some of the nuances of Connolly’s socialist philosophy.

We are at the centenary of the Easter Rising in Dublin, which started on April 24, 1916.  It is an event that has never quite gone away in the Irish Republic or among the many thousands of the Irish diaspora and their descendants. The socialist organizer James Connolly seems at first glance curiously placed in this event and its symbolism. An ardent internationalist, he had declared that Ireland without the British invaders but still ensconced in a rigid class system would not be free. Still, after returning in 1910, after a seven-year sojourn in the United States, he came to view the First World War as the Irish opportunity for freedom. The Rising, or uprising, was almost certainly doomed to failure thanks to British force and the improbability of a countryside revolt. But the event, and the brutal repression that followed, along with the costs of the war, made independence, at least outside the Anglophile north, arguably inevitable. That the Irish Republic proved politically and economically conservative, with an empowered, arch-reactionary Catholic church, would have been a huge disappointment to Connolly.

Although he is remembered as a martyr to a doomed rebellion, there are other reasons to recall Connolly, who disagreed with his political contemporaries on many points. For the English socialists who praised Empire, he had contempt. Connolly worked out his own unique and detailed understanding of Irish history (the fascinating Labour in Irish History is available, with many other Connolly writings, on the web) in the framework of British colonization. With Rosa Luxemburg, Dutch socialists, the U.S. socialist leader and theoretician Daniel DeLeon, and others, he forcefully opposed mainstream views held across most of the Second International on issues of immigration restriction, colonization, and empire.

Connolly had a special reason for also opposing the atheist propagandizing typical of the age. For many socialist movements growing out of “free thought” sections of working- and middle-class populations of Europe, opposition to church (or synagogue) power was natural, popular, and even mandatory.  But for other constituencies, religious belief was so pervasive, religious traditions so much part of repressed populations and their cultures, that militant atheism proved a hindrance to any left-wing effort. Connolly’s Irish, at home or abroad, were not about to give up religion. While in the United States, he broke with DeLeon’s Socialist Labor Party on this point and published a lively newspaper, The Harp, which had a more measured view. Returning to Ireland, he was certain that he could win over the Irish working class by appeals to an anti-imperialist, quasi-spiritual socialism. In the end, he became a martyr for (nearly) all seasons Irish, but the subtlety of his views has been, even these generations later, little understood. 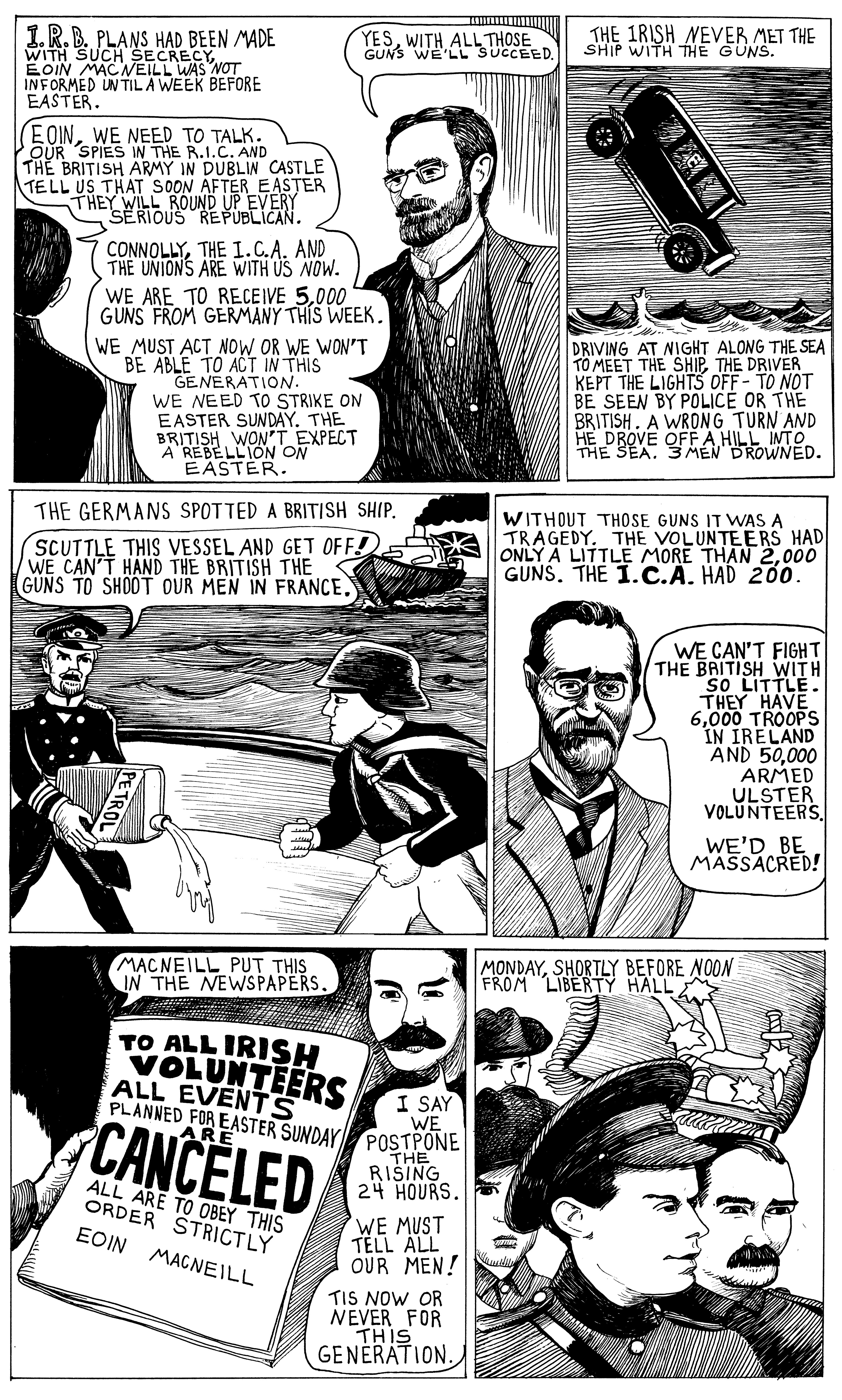 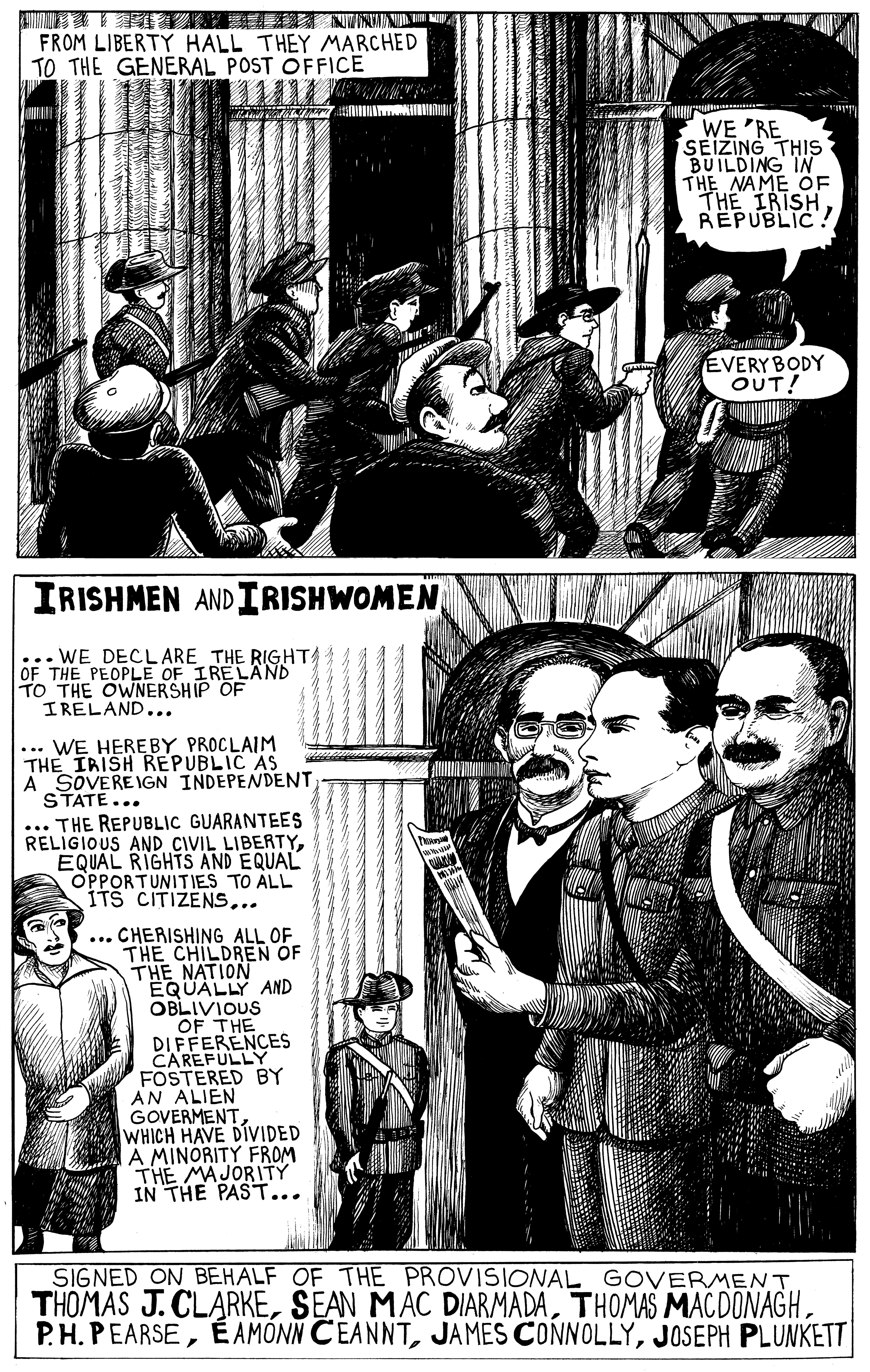 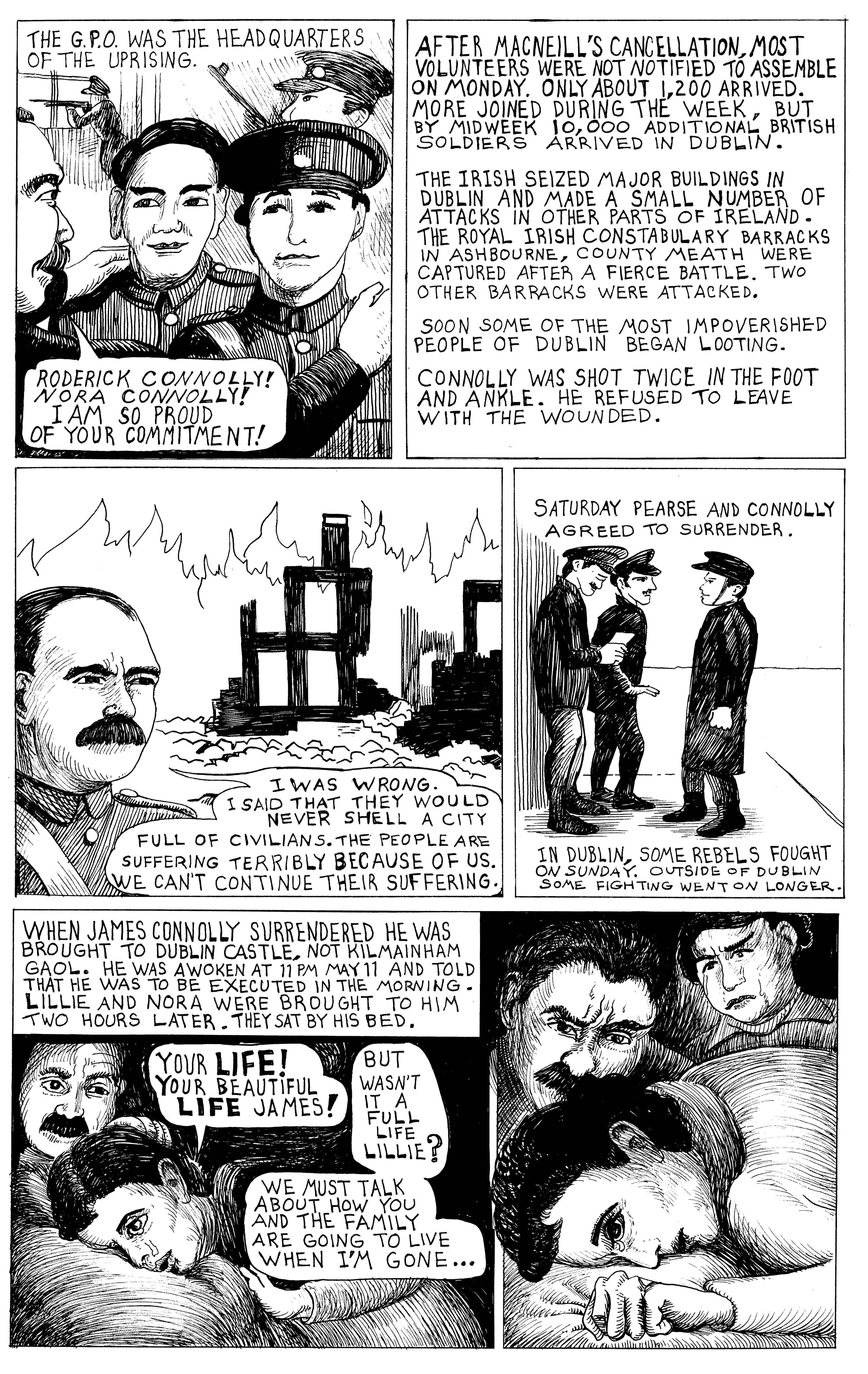 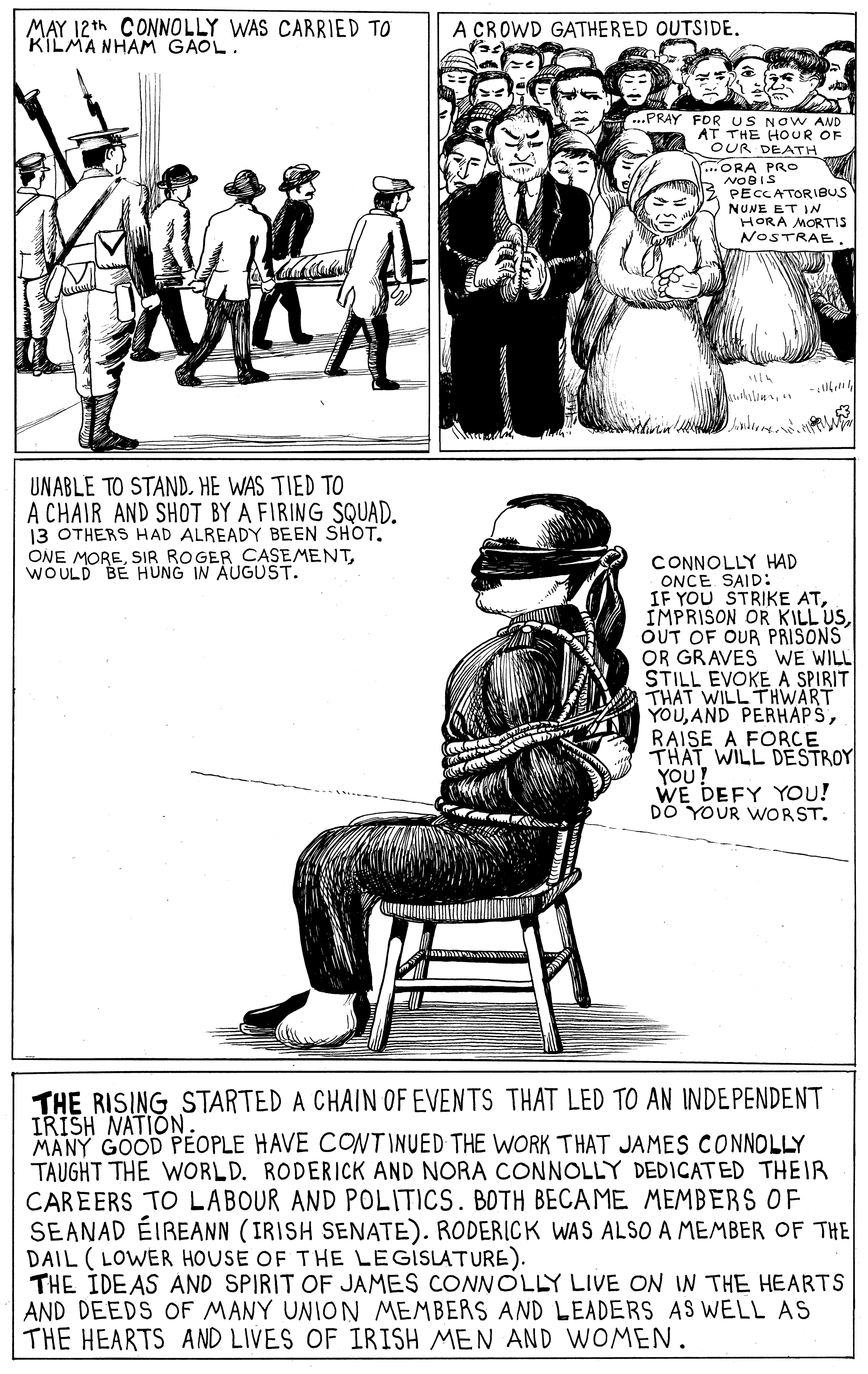 Paul Buhle is a radical historian who has written and edited numerous books, among them Radical Jesus: A Graphic History of Faith (http://mennomedia.org/?Page=7881).