Jesus of Nazareth, Revolutionary Socialist: An Interview with Obery Hendricks 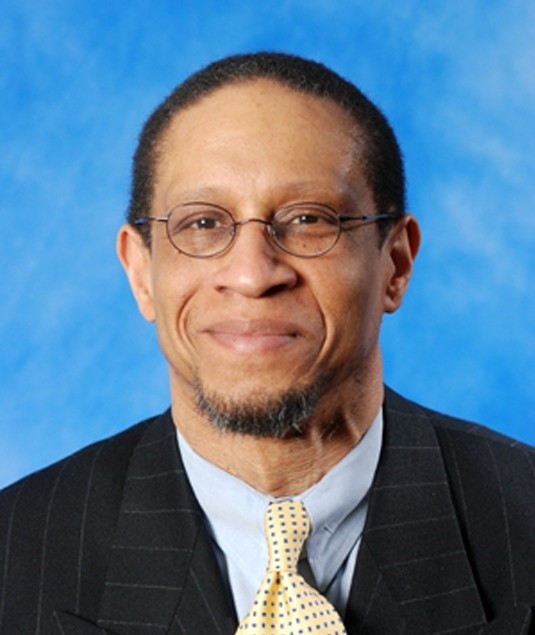 Obery Hendricks, Jr. is an ordained minister, a Ph.D. biblical scholar teaching at Columbia University, and has reached people around the world with his writing and preaching about the Gospels. He currently holds the role of Senior Distinguished Fellow for Faith and Political Economy at The Democracy Collaborative. Hendricks’ roots in the Christian church run deep: a grandfather was a Presbyterian elder, several uncles were Baptist preachers and deacons. Hendricks’ mother and father held respected positions in their beloved church.

Yet he feels a kinship with the many young Americans today who are avoiding the sanctuaries and pews of their childhood. In his teens, Hendricks too turned his back on all of it.

“I was raised on the bland Jesus of Sunday school, the meek, mild Jesus who told us, in a nice, passive sentimental way, to love our enemies, and who assured us that we need not worry about our troubles, just bring them to him,” he wrote in his landmark 2006 book, The Politics of Jesus.

In an interview last month, Hendricks lamented that this is still the way Jesus is portrayed in too many settings. “I think young people today are really turned off by a bland, socially irrelevant Jesus,” he said. “The new activist generation does not have any use for that Jesus.”

Neither did Hendricks. But then, as a young adult, he re-read the Gospels and discovered something he was never taught in Sunday School. “Jesus of Nazareth was a political revolutionary,” he wrote in The Politics of Jesus.

Hendricks reached that conclusion not just by reading the words Jesus spoke, but also the historical context of his speech and actions. “The message he proclaimed not only called for change in individual hearts but also demanded sweeping and comprehensive changes in the political, social, and economic structures in his setting: colonized Israel,” he wrote. “An important goal of his ministry was to radically change the distribution of authority and power, goods and resources, so all people—particularly the little people, or ‘the least of these,’ as Jesus called them—might have lives free of political repression, enforced hunger and poverty, and undue insecurity.”

Of course, the revolutionary Jesus’ message is the antithesis of what many self-professed Christians in power are preaching today. When Christian-identifying politicians and those who support them actively harm the poor and turn away the stranger, they so completely contradict the Gospel message that Hendricks refers to their doctrines with the prefix “anti.” They are anti-Gospel, even anti-Christ.

“I call it “anti” because it is the opposite of what Jesus taught. Jesus talked about poor people more than anything else,” he said. “I believe the spirit of Antichrist is being unleashed by right wing evangelicals’ embrace of the discourse of evil personified in and articulated by Trump. They are turning the Gospel on its head, saying we do not have to care about cutting food stamp benefits or keeping children in cages at the border. This has opened up a whole Pandora’s Box of evil.”

Ironically, Hendricks finds hope for renewing the spirit of the revolutionary Jesus in the same generation that contributes to the lowest U.S. church-going rate in nearly a century.   He is heartened by the positive response young Americans have to socialism, the historic success of Bernie Sanders’ presidential campaigns, the election of Alexandra Ocasio-Cortez to Congress, and the swelling ranks of the Democratic Socialists of America. “Democratic socialism and the Bible share a strikingly similar vision of what constitutes a fair and just society,” he wrote last year in a still-widely-circulating article for Sojourners titled “The Biblical Values of Ocasio-Cortez’s Democratic Socialism.”

In our interview, he doubled down on that assertion. “I believe that democratic socialism is much more in tune with the Gospel of Jesus than any other economic model, especially capitalism,” he said. Citing the exploitation of workers paid a sub-living wage, the elevation of materialism and profits over people, and its sponsorship of the sin of slavery, he said the capitalist system is simply anti-Christ. “Capitalism and Christianity are not compatible. It is anathema to the ethics of the Gospel.”

Speaking Truth to Power—And Being Executed for It

Hendricks considers himself a democratic socialist now, too. It is a status that he read his way into, just as he read his way back to Christianity. “What brought me to this point is my deep study of Dr. Martin Luther King, Jr., where I learned about his true radicality,” he said. Hendricks led his Sojourners article with a quote from King delivered two years before his death: “We are saying that something is wrong with capitalism … there must be a better distribution of wealth in this country for all of God’s children and maybe America must move toward democratic socialism.”

Like King before him, Hendricks cited the shameful state of U.S. healthcare as both an inevitable result of capitalism’s ugly nature and anathema to Jesus’ model as a healer to all who came to him. “If it’s framed correctly, advocacy for universal healthcare can bring us closer to the radical nature of faith traditions,” he said.

To make that point, Hendricks noted how President Obama’s message on healthcare resonated when he spoke in moral terms, yet fell flat when he switched to more political phrasing. In our interview, Hendricks invoked Jessie Jackson’s 1984 run for the presidency, his first, where many were surprised by the depth of support he received beyond the African American community. “He was embraced by the poor whites in Appalachia, because he spoke in their frame,” Hendricks said. “We have to do that today with healthcare.”

Hendricks’ faith and scholarship focus on the Christian Gospels. But he pointed out that their message finds its roots in the Hebrew Bible, and that other powerful faith calls for justice like Islam’s zakat were preceded by the Jewish texts, too. “The real radicality comes from Judaism,” he said.

Hendricks’ biblical defense of democratic socialism in Sojourners was dominated by Hebrew scripture, including the prophetic demand for a fair wage (“Woe to him who builds his house by unrighteousness, and his upper rooms by injustice; who makes his neighbors work for nothing and does not give them their wages” Jeremiah 22:13,17), a basic income for all (“There should be no poor among you … if any of your neighbors become poor and are unable to support themselves among you, help them … so they can continue to live among you.” Leviticus 25: 35-36), and judgment against those who exploit their sisters and brothers with less wealth ( “The Lord enters into judgment against the elders and leaders of is people,’ saying “….the plunder of the poor is in your houses. What do you mean by crushing my people and grinding the faces of the poor?” Isaiah 3:14-15).

As challenging as those calls were, Hendricks said, the Gospels took it a step further. Jesus’ first sermon mission statement in Luke 4:18-19--to bring good news to the poor, release the captives, and let the oppressed go free—directly confronted the Roman empire that was imprisoning debtors and political opponents. Even the Lord’s Prayer speaks truth to power, insisting that God’s will be done “on earth,” Caesar’s dictates notwithstanding.

Of course, like so many revolutionaries before and since, Jesus was executed for making statements like these. But the message lives on. “Think about it,” Hendricks said. “In Matthew 25, Jesus says that whether we go to heaven or hell is based on whether we feed the hungry, whether we care for the poor. If you don’t do that, no matter how powerful or wealthy you are, you will face judgment.