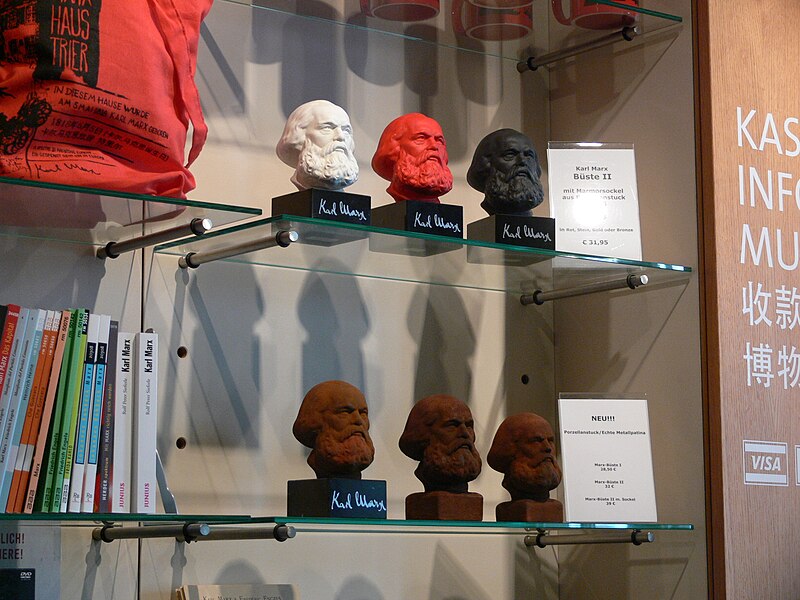 It is often assumed that religious belief and interest in the ideas of Karl Marx are incompatible. Readers of Religious Socialism may have something else to say. What has Marx meant to you, as a religious person? Please submit a brief answer (50-150 words). We’ll soon publish a collection of your responses. [We are no longer collecting responses.]

“The history of all hitherto existing society is the history of class struggles. Freeman and slave, patrician and plebeian, lord and serf, guild-master and journeyman, in a word, oppressor and oppressed, stood in constant opposition to one another, carried on an uninterrupted, now hidden, now open fight, a fight that each time ended, either in a revolutionary reconstitution of society at large, or in the common ruin of the contending classes.” — Karl Marx and Friedrich Engels, “The Communist Manifesto,” 1848

Social democrats and socialists across the world (although not perhaps much in the United States) are celebrating the 200th birthday of Karl Marx (May 5, 1818 - March 14, 1883), founder and theoretician of socialism. This son of generations of rabbis on both sides was born two hundred years ago in Trier, Germany. In a time of restricted opportunities and rampant anti-Judaism, Marx’s father, a lawyer by trade, converted to Protestantism.

Marx was a classic political thinker who mixed philosophical concepts, economic theories, and caustic criticism to shape ideas that are still worth reading today. Marx's most important beliefs—laid out in the Communist Manifesto (written with Friedrich Engels and published in 1848) and Capital (1867)—are historical materialism, the class struggle, and the theory of surplus value. It was Marx who first spoke so eloquently of the exploitation and alienation of workers from their work and the products of their labor as the characteristic symptoms of capitalism.

His biographer Frans Mehring wrote in 1918 that “As Darwin discovered the law of evolution in organic nature, so Marx discovered the law of evolution in human history: the simple fact, previously hidden under ideological growths, that human beings must first of all eat, drink, shelter and clothe themselves before they can turn their attention to politics, science, art and religion; that therefore the production of the immediate material means of life and thereby the given stage of economic development of a people or of a period forms the basis on which the State institutions, the legal principles, the art and even the religious ideas of the people in question have developed and out of which they must be explained, instead of exactly the contrary, as was previously attempted.”

In a nutshell: the base determines the superstructure.

Mehring was certainly not the only one to write about Marx. Full libraries have been published about his life and work. Polish philosopher and historian Leszek Kolakowski (1927-2009), best known for Main Currents of Marxism (1976), compares the complicated and controversial influence of Marx on leftist thinking and practice to that of Saint Paul on Christianity.

Kolakowski says, “Saint Paul as a person is not ‘responsible’ for the Roman Church at the end of the 16th century and the Inquisition; but both Christians and non-Christians may not be satisfied with the claim that Christianity was deformed and depraved by the deeds of unworthy popes and bishops. We should wonder, which elements in the words of Saint Paul could serve as support for abject deeds and crimes. The questions to the address of Marx and Marxism is analogous, and in that sense, this work is not only history, but also an attempt to reflection on the wondrous adventures of an idea that began with the humanism of Prometheus and ended up with the atrocities of the Stalinist tyranny.”

Marxism was popular in the 1970s as countries threw off the colonial yokes, but with the fall of the Soviet Union, conservatives and neoliberals have tried to write him off. However, with the global crisis in 2008, economists and social scientists rediscovered his importance. In Why Marx Was Right (2011), philosopher Terry Eagleton refutes the well-known objections to marxism: that it automatically leads to political tyranny, that everything reduces to economic factors, that it is a form of historical determinism. In the Süddeutsche Zeitung from Thursday March 20, 2018, Cardinal Reinhard Marx, a former bishop of Trier and currently archbishop of Munich and Freising and also chairman of the Catholic German Bishops Conference, writes in “Wo Marx recht hat” ("Where Marx was Right"), that his illustrious namesake (no relation) was right and that the duty remains to tame capitalism. The cardinal stays away from a discussion of one of Marx's most famous statements—"Religion is the sigh of the oppressed creature, the heart of a heartless world, and the soul of soulless conditions. It is the opium of the people"—and instead emphasizes the modern significance of Marx.

Capitalism has not self-destructed as Marx predicted, and we currently have a system in which a small group of billionaires possess unimaginable wealth while, because of globalization, the gap widens between the rich and the poor. The social, political, and environmental impact of unregulated capitalism is now clear. The cardinal looks to religious values, in particular Catholic values, to mitigate the effects of capitalism. Marx looked to an organized proletariat.

After a thorough restoration of and preparation for the major national exhibition Marx’s birthplace, the Museum Karl-Marx-Haus in Trier, will re-open on May 5, 2018. Just as Eisleben, Eisenach, and Wittenberg last year marked 500 years of Martin Luther and the Reformation, the city of Trier now is ready to welcome guests from all over the world for its most famous son. For those in the United States, reading Marx’s thought or perhaps watching the film The Young Marx should serve to kindle or rekindle an appreciation for his thought.

Harry Peer is a journalist who lives in Amsterdam, The Netherlands.

(Image by Andreas Praefcke, via Wikimedia)