Letter from Spain: Personal Observations on the Lockdown 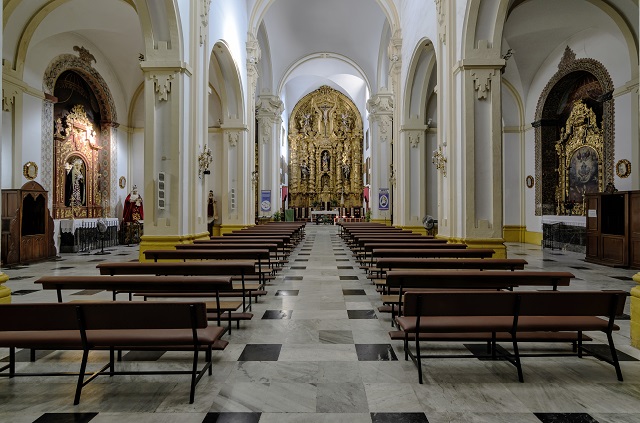 Due to Covid-19, we in Spain have been in “confinamiento” for almost three months. Being confined is usually considered a punishment, a castigation for some wrongdoing. Although this government-mandated and police-enforced “confinamiento” was not issued as a form of punishment, after several weeks, it started to feel like castigation.

Spain was hit very hard by COVID-19, and the democratic parliamentary government, led by the PSOE (Partido Socialista Obrero Español, or the Spanish Socialist Workers´ Party), instituted strong measures to attempt to limit its spread. Starting in mid-March 2020, all non-essential businesses, bars/cafes/restaurants/hotels, and schools were closed. For Spaniards, this well-enforced quarantine appears to be additionally difficult, given the “going-out,” or tapear (to go from bar to bar in an afternoon or evening to drink and eat “tapas” or hors d’oeuvre finger foods with friends and family) culture in a country where kissing and hugging each other – even strangers – when you greet is the norm (or WAS). That part of the confinement – social distancing – has weighed heavily on the people here.

Spain is also considered to be a Catholic country, where 88.8% of people over 65 years old and 48.5% of people 18-24 profess believe in God. The percentages rise between the younger and the oldest groups, but drop overall when counting the percent of “believers” who attend church services regularly, as in many countries. Only 13% of surveyed Spaniards reported regular church attendance, and 62% reported “hardly ever.” Many report that they feel worse about the closing of bars and cafes than the closing of their parish churches.

Nevertheless, those who are practicing Catholics must now “attend” Mass “virtually,” as in other countries. Even the elderly, who might need help with this computer-based situation, report being happy with it. However, there is no Holy Communion, which is the center of the Catholic Mass, and this feels like a large privation. To counter this feeling of deprivation, the Vatican has tried to educate priests and parishioners to little-known aspects of doctrine that allows the Eucharist to be delivered spiritually, if not in person.

Additionally, this year, the children will not be able to make their First Holy Communion or their Confirmation. The community is experiencing this as a great loss, probably the adults more than the youngsters because for the adults these religious rituals terminate in huge social get-togethers, a major part of Spanish life.

Where the confinement was deeply experienced as a punishment by many occurred during Easter Holy Week, when traditionally each day of the week before Easter Sunday, there are church- and brotherhood-sponsored processions or parades through the city and town streets. Many marchers carry floats or images/figures of Christ or Mary; many are dressed in hooded capes that cover the face; others wear veils and carry fans. This is where one sees Spain’s “Catholicism” in full regalia.

These parades were banned this year.  Approximately three million people, called “nazareños,” normally walk in the processions throughout the country from morning to late night and prepare the floats, statues, costumes, and other decorations through the preceding year.  Semana Santa (Holy Week) is probably the most celebrated religious period in Spain.

However, as with other religions and in other countries, these types of display have become more of a social event with a long tradition, and in Spain, tradition still reigns. For some, this year, their need/desire to show their affiliation to the holy brotherhoods brought them to risk heavy fines or imprisonment by coming out of their houses at night, dressed in the Easter Week garb, and parading through the streets carrying candles. They were, of course, detained and fined by the Guardia Civil, who are finding Spaniards’ need to be out publicly in social groups a major barrier against the enforcement of the quarantine regulations.

Over these past months, the hospitals have been inundated by new cases of COVID-19, something for which they were not prepared. As in other countries, the health-care workers have been overwhelmed. One nurse (name withheld) in this neighborhood reports feeling symptoms of traumatic stress and profound fatigue, physically and mentally, and adds that not being able to receive the Eucharist is wearing her down even further. She further states that many of her colleagues are experiencing the same health markers. Unfortunately, as in many places, no concrete plans had been established a priori to deal with this.

Notwithstanding this dire situation, the pandemic is affecting Spaniards medically very differently than it is in the United States. In contrast to the United States, Spain offers socialized medicine to all citizens and residents, a system that is widely used by the people, sometimes over-used. People can go to their doctors, clinics, or hospitals when they need or want without fear of high costs, debts, or rejection. Thus, most residents flock to the medical center when symptoms appear, knowing that although they may have to wait for a while before being seen by a nurse or doctor, they will be taken care of for little or no cost.

Spain has had a system of universal medical care since 1986, whether the controlling political party is socialist or not (as when J. M. Aznar was prime minister, 1996-2004). As in most countries, socialist or not, the hospital services have been overwhelmed. Very few, if any, systems in the world are set up in such a way as to attend to an unexpectedly high number of emergency-room cases. Here in Spain, healthcare workers have been attending to patients “round the clock” and are exhausted; many are experiencing PTSD-like symptoms. They will, however, be compensated for their overtime with both pay and paid days-off.  Although Spain is structured as a country of autónomos, or regions that have their own autonomous governments with differing rules/regulations/laws, financial means, and varying health-care systems, there is a Centro de Coordinación de Alertas y Emergencias Sanitarias (Health Alert and Emergency Coordination Center) to provide contact between the national and regional governments during these difficult times.

The coronavirus has caused much fear and suspicion, but at least in Spain, one does not have to fear being unable to seek and receive medical attention due to lack of medical coverage and/or the exorbitant price-tags attached to receiving medical care. For this, many indeed say, “Thank God!”

Donna V. Landon-Jiménez, D.Min., lives in Granada, Spain, where she is a research editor/translator for the Universidad de Granada, Spain.