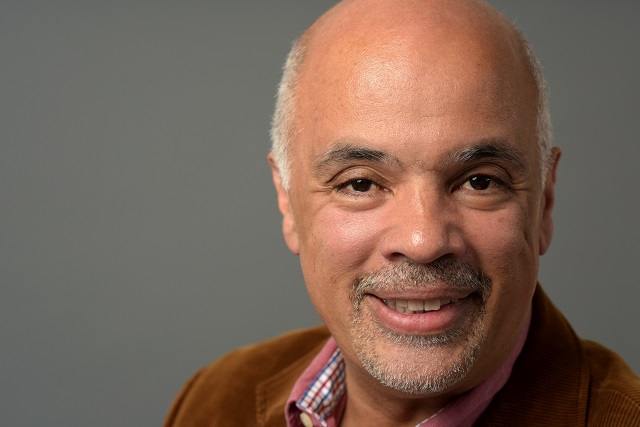 (This article by Religion and Socialism Working Group member Fran Quigley was co-published with Sojourners.)

Samuel Cruz had a decision to make.

After growing up immersed in his family’s Pentecostal church in Brooklyn, he had gone away to college and wanted to get involved in the political and social issues of his time. But Cruz’s family and their fellow Pentecostals, although deeply compassionate and devoted to caring for others, rejected political engagement.

Cruz’s friends faced similar conflicts. “As they became more political, many people my age were becoming atheists or at a minimum non-church-goers,” he recalls. “But I didn’t want to give up on the church and religion.”

Then he found liberation theology.

“At first, I was afraid of it, because it was so different from what I understood theological thinking to be,” he says.

Cruz was not the first to be frightened. Since the mid-20th century, various dictators, popes, and plutocrats have seen the teachings of Father Gustavo Gutiérrez and other liberation theologians as a threat to their comfortable hold on global power. And for good reason. Gutiérrez, a Peruvian priest with indigenous roots, argued that the message of the Gospels is that poor, oppressed people are called to be the agents of their own emancipation, and that the church must be in service to that struggle.

Inspired in part by Pope Leo XIII’s 1891 encyclical Rerum Novarum and its affirmation that the Roman Catholic church has a special obligation to the poor, Gutiérrez and other liberation theologians said that this duty called for more than just charity and incremental reforms. Instead, Jesus’ teachings demand radical changes in the political and economic structures that enrich a select few and condemn the poor to suffering, illness, and hunger.

During a landmark 1968 gathering of Latin American bishops in Medellin, Colombia, Gutiérrez first presented his paper, “Toward a Theology of Liberation.” He later summarized its themes: “The poor are a byproduct of the system in which we live and for which we are responsible,” he wrote. “Hence, the poverty of the poor is not a call to generous relief action, but a demand that we go and build a different social order.”

Gutiérrez had struck a chord. In a dramatic reversal from the church’s longtime alliance with the interests of the wealthy and powerful, the bishops in Medellin firmly denounced the imperialism and institutionalized violence that plagued so many across Latin America. They even acknowledged the legitimacy of some revolutionary insurrections.

To Samuel Cruz, these words meant that not only could his faith and his politics co-exist, but that they must. He completed a doctorate and was ordained in the Evangelical Lutheran Church of America. Now the Reverend Dr. Cruz, he is on the faculty of Union Theological Seminary and serves as senior pastor at Trinity Lutheran Church in Sunset Park, Brooklyn, the same neighborhood where he grew up.

Cruz teaches, writes, and preaches in the liberation theology tradition, publicly campaigning against stop-and-frisk policing and white supremacy, and advocating for the rights of immigrants and the LGBT community. His favorite liberation theologian is Juan Luis Segundo, the Uruguayan Jesuit priest who said that our interpretation of the Bible message must be constantly altered by present-day realities. So Cruz’s recent Good Friday sermon placed the crucifixion directly in context of Latinx and African American communities suffering shockingly disproportionate deaths from COVID-19 infections.

“If you miss the reality of why Jesus was killed, you miss the whole story. Jesus was assassinated because he condemned injustice,” Cruz said. “In Jesus’ day, those who could afford good healthcare and medicine were not happy when the marginalized received good healthcare and medicine from Jesus . . . He died because there were evil individuals in society who wanted to maintain their power and found it necessary to kill him.”

A few years ago, Cruz wrote a Huffington Post essay calling for a “prophetic alternative” to the timid theologies of the day. During a pandemic, he says, we need prophetic guidance more than ever. “Liberation theology makes the critique that we should not be surprised that blacks and Latinos are being disproportionately affected by this pandemic,” he says. “The real issue is that if you have a hundred blacks and Latinos who get infected and a hundred white people infected, there are going to be many more blacks and Latinos dying. And that is because of structural injustice in our system makes healthcare for blacks and Latinos not as good as it is for white people.”

In a recent video presentation entitled “A Call to the Latinx Church for Prophetic Engagement,”  Cruz built on that theme. Invoking the legacy of the Lutheran pastors and theologians who spoke up against the Nazis in 1934, Cruz insisted that the stakes are similarly high today. “We are living under a situation where neoliberal economic policies are destroying the lives of thousands, because of structural medical realities,” he said. “We come to you as Christians and asking you to please become prophetic and not allow the gospel of Jesus to be corrupted by ideologies of hatred and oppression and exploitation.”

Cruz was followed in the video by Rev. Dr. Elizabeth Rios, a Pentecostal pastor from Florida, who called out the evangelical community for its support for President Trump. Then public health scientist Dr. Edgar Rivera Colón painted a stark picture. “The deaths that we're seeing today are directly related to the model of health care that's based upon just-in-time production. What does that mean? Simple as this: That you have as little inventory as you can and you cut costs as much as you can,” Colón said.

“You can't do that with healthcare without killing people. Throughout the last 40 years, hospital beds have been cut, healthcare has been privatized more in this country, health care workers have been treated poorly. Very simply, neoliberal forms of healthcare kill people.”

After concluding his public health analysis, Colón pivoted to a demand for activism. “As a Latinx Christian, I see my people, black and Latinos, people of color, being killed by this,” he said. “It is time to stand up, Latinx Christians, and name the devil we are struggling against: capitalism, racism, white supremacy. All these things are not acceptable, and they are not the Gospel.”

This kind of blunt, faith-focused call to action is finding its moment, Cruz says. Young Americans overall are increasingly embracing socialism over capitalism, and he finds his students dissatisfied with traditional religious approaches to the inequality all around them. “They have trouble connecting the theology they have learned with their political and social beliefs. But when they take a liberation theology course, it is like they finally found something that jibes.”

Latinx Americans too have proven to be more likely to welcome bold political approaches, Cruz says. “Our community is not afraid of the word ‘socialism,’ and not afraid to be more egalitarian overall, because we have seen these politics in Latin America.”

Liberation theology rejects Marx’s dismissive view of religion, of course. But it considers Marxist class analysis to be an accurate explanation for the suffering endured by working people and the poor. “So, socialism is the logical end result,” says Cruz, a former member of the Puerto Rican Socialist Party who still considers himself a socialist. “Capitalism doesn’t line up with the Gospels.”

A Radical Break with the Status Quo

For his fellow pastors who have in recent years been staring out from their pulpits to increasingly empty pews, Cruz has a message. “Churches are dying because they don’t know how to use the Bible or theology in a way that’s relevant to the people,” he says. “Mainline, so-called progressive Christianity could benefit from subscribing more to liberation theology.”

If they want to know how to pull that off, Gutiérrez long ago laid out the criteria. “To deny the reality of the class struggle means in practice taking a position in favor of the dominant social sectors,” he wrote in 1971. “Neutrality on this question is impossible. [What is needed is] to eliminate the appropriation by a few of the surplus value produced by the work of the great majority, and not lyrical appeals in favor of social harmony. We need to build a socialist society which is more just, more free and more humane, and not a society of false conciliation and apparent equality.”

That is the bar, and Cruz makes it clear that very few faith leaders are clearing it. “Here in the U.S., evangelicals and neo-Pentecostals realize there are some things about liberation theology that cannot be ignored, which is caring about the marginalized in our society. So they have creative ways to appear like they are doing service to the people on the fringes, but they are not speaking of structural change,” he says.

“The church has always done charity, but they don’t want to say the reason all this suffering is happening: capitalism causes poverty. In my view, they are co-opting the themes of liberation theology while still hewing to a white supremacist approach.”

Cruz partially exempts traditional Pentecostals from this critique. “I have a different view of Pentecostalism that I did when I was 18,” Cruz says. Even as they profess to be immune to politics, he realized, Pentecostal churches engage in concrete acts of solidarity like finding work for undocumented congregants and even helping with border crossings. “It’s accused of being pie in the sky, and they talk about heaven a lot. But, when you take a closer look, it more about the pie right now.”

Cruz even teaches a course at Union on the odd bedfellows of Pentecostalism and liberation theology, where he notes Pentecostalism’s relative lack of class barriers to entering the ministry. “Traditionally, religion was brought to the marginalized working class. Now the working class is creating their own religion, without the mainline Christian hierarchy built on educational requirements that are in the hands of those who can afford it,” he says. “There is a reason that, as the theologian Richard Shaull said, the Catholic church opts for the poor, but the poor opt for Pentecostalism.”

Mainline Christian churches earn no such pass from Cruz. “I have a mistrust of what is called progressive theology in the United States,” he says. He mentions Rev. William Barber and the Poor People’s Campaign he leads. “He’s pretty progressive, but is that a radical theology?”

Cruz compares the approving reception that progressive ministers receive from mainstream politicians and media to the widespread condemnation of Cornel West after he criticized the policies of Barack Obama. “So-called progressives are not liberationist. With theologies like that, they end up in the same place where they started. Because they are not doing a radical critique of the structure.”

In calling out mainstream Christianity, Cruz does not spare his own institution. “I ask my students, ‘Why do we still speak of Bonhoeffer and Niebuhr at this school, and we don’t speak of Gutiérrez?” he says. “I think one of the reasons is because Latin American liberation theology is really radical. The other stuff sounds radical, but it really isn’t. No one speaks of Gutiérrez or the other liberation theologians at Union because it really demands a radical break with the status quo.”

Yet Cruz does see some hope. Where Pope Benedict condemned liberation theology, Cruz notes that Pope Francis has concelebrated Mass at the Vatican with Fr. Gutiérrez. Salvadoran Archbishop and liberation theology convert Oscar Romero was canonized in 2018, and Francis had earlier made it clear that Christianity demands that private property rights cannot trump the public good. In this year’s Easter message, Francis called for consideration of a universal basic wage.

But his main source of optimism comes from the students Cruz sees in his classrooms. Members of a generation unafraid to demand structural change, they also seek a religious grounding for their beliefs. The churches that want to engage them are a lot like the young Samuel Cruz: they have a decision to make.