Marx for the religious 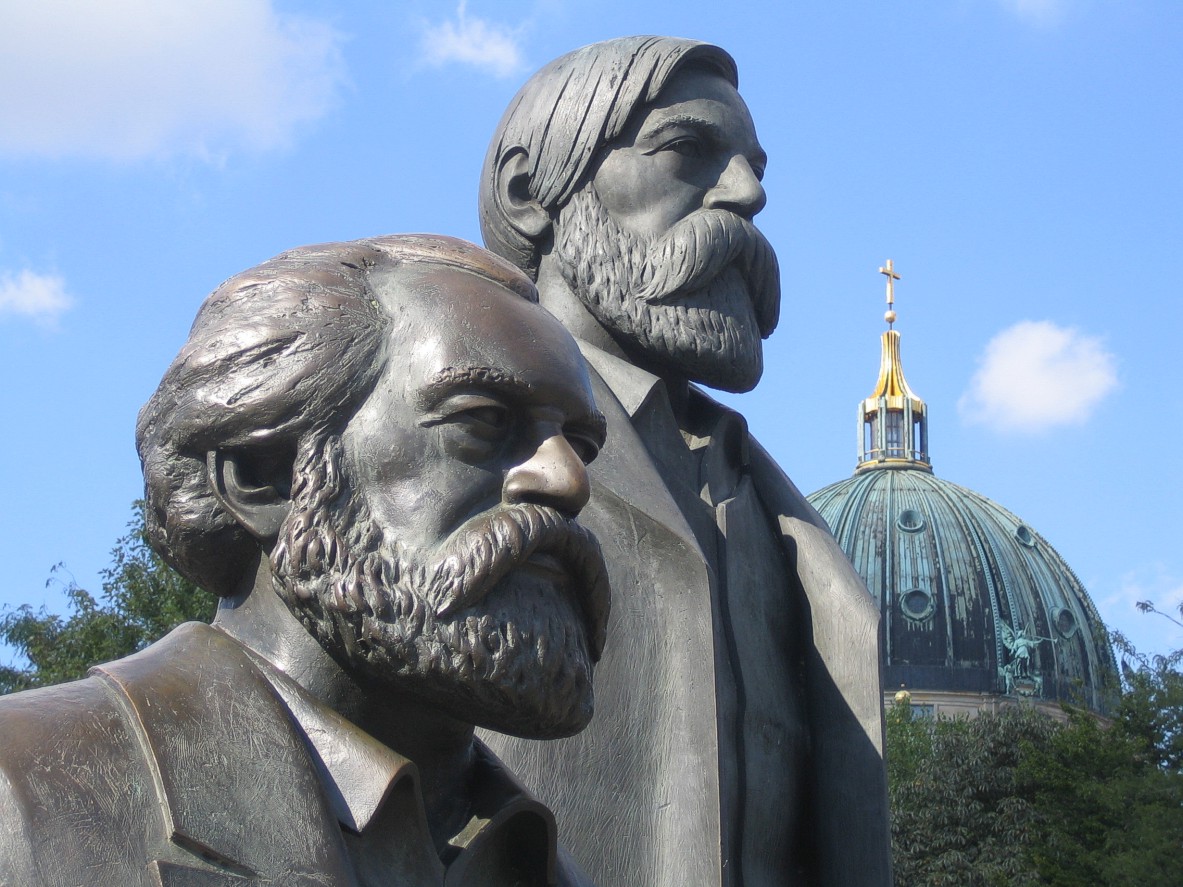 May 5, 2018, is the 200th anniversary of the birth of Karl Marx. To commemorate the occasion, we asked readers to answer the question: What has Marx meant to you, as a religious person? Here is a collection of responses.

Marx has given me both an analytical tool to understand society—class conflict—and a means to change it. His "secular messianism" resonates deeply with the Jewish prophetic tradition, as well as the historical hopes of Jews in the diaspora. He is a deeply ethical thinker in the best of Jewish progressive, Enlightenment thinking. (Michael Feinberg)

Since becoming familiar with Marx's understanding of the world, my Christian faith has been given new life. I understand now that much of the "sin" of this world comes not just from individuals, but from systems larger than any one person. Through Marx-influenced Christians, a veil has been lifted and I now see Christianity's overwhelming concern for the poor and the oppressed and its contempt for the oppressor. The Gospel finally feels like radical "good news" that I'm excited to share. "He has brought down the powerful from their thrones, and lifted up the lowly; he has filled the hungry with good things, and sent the rich away empty." (Troy Andrews)

In the Christian world, Karl Marx is all too quickly written off as a dissident and an atheist. However, for me Marx’s work is an integral part of my faith and practice of Christian life. It’s not that he’s a great theologian or that he provides some kind of esoteric insight into the nature of God, but instead, Marx’s philosophy is instrumentally useful for Christians who want to serve Christ in the world. When Christians follow Marx’s analysis of capitalism and its structural oppression of workers and others, we can gain the eyes to see and ears to hear the oppressed and suffering in the world and work out faithful ways to work with God in their liberation. (Matt Bernico)

Even though it's likely the most well-known thing he ever wrote, I have to say that Marx's line about religion as "opium" takes on a particular resonance at present—mindful of the literal opioid epidemic in which we find ourselves. For me, his words serve both to highlight the hopelessness created in human lives by so much of the present political situation, and to check, as a religious leader, what I decide I'm going to do about it. Does my work numb me to my suffering and that of others, and sap my capacity to act against it? Or, does it make me more lucid and empathetic to that suffering, and galvanize me to politically mobilize it? (Rev. Spencer Cantrell)

There was never any mention of Marx in my family or my church, although the names of Eugene Debs and Norman Thomas were occasionally invoked around the dinner table. But in the sixties, at my conservative Christian college, I learned about Marx the secular humanist, the man whose philosophy “was, in secular, nontheistic language, a new and radical step forward in the tradition of prophetic Messianism.” The words were Erich Fromm’s, in Marx’s Concept of Man, a book that had appeared a few years earlier to rescue Marx from those who equated him with Soviet totalitarianism. I didn’t become a Marxist, but this introduction at a time when I was being exposed to new ideas made me want to learn more and assured me that religious faith and Marx’s ideas were compatible. (Maxine Phillips)

Marx wrote that religion is “the heart of a heartless world and the soul of soulless conditions.” He called religion “illusory”—but change that to “symbolic” and you’ve got a succinct statement of a certain kind of faith. The young Marx who wrote those words dreamed that a communist revolution would resolve human alienation, restoring the world’s heart. The older Marx—writer of the later volumes of Capital—recognized instead that the “realm of freedom” could never wholly eclipse the “realm of necessity.” If the older Marx was right, then no political or social change can heal the world’s heartlessness. The problem to which religion speaks will remain. Could we have learned this from other teachers? No doubt. But some of us have learned it from Marx—behind his back, as he might have said—and that is reason enough to celebrate his writings. (Geoffrey Kurtz)

It has often been difficult for me to discuss Marx or his works with my religious friends, probably because Marx wrote many scathingly critical remarks about religion. For example, he commented in Contribution to the Critique of Hegel’s Philosophy of Right, “The abolition of religion as the illusory happiness of the people is the demand for their real happiness. To call on them to give up their illusions about their condition is to call on them to give up a condition that requires illusions.” Nevertheless, I try to keep three points in mind: 1. Marx never, as far as I know, criticized an individual’s choice to join a faith community. 2. His critique of religion is rooted in his European background, i.e., his experience of religion as an officially sanctioned arm of the state. 3. His methodology of historical materialism has enriched my understanding of the material roots of an ecologically-informed spirituality. (Steve Knight)

Although no longer religious myself, I am proud to be Jewish, and I have followed what my religious comrades have been up to. Too often, Marxism is not compatible with religion. I have witnessed my community make itself compatible with white supremacy and state power, both here and in Israel. The criticism that Marxism entails will continue to clash with the privileges that the Jewish establishment has gathered for itself. What do the fiery words of the prophets mean when Jews, many of them proud and knowledgeable of their history and religion, occupy Palestinian land or turn a blind eye to the suffering of the working class or people of color at home? In order to be free, bourgeois Judaism must be destroyed, along with borders of both nation and class. This is what Marx means to me as Jew: that there are other Jews who stand in the way of solidarity with all people. (Lane Silberstein)