Not That Kind of Kingdom 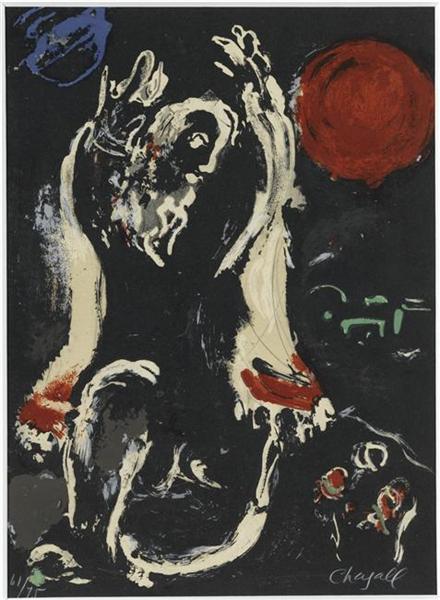 The November 1979 conference of Democratic Agenda—a coalition supported by DSA’s predecessor organization DSOC—included a panel discussion on religion and socialism. From the RS archives, here is the first of the three talks given at that event. We will post the other two (by Dorothee Soelle and Arthur Waskow) soon.

I would like to talk about the relationship between religion and socialism by fixing on the word “reign” – the reign of God. This is the earliest concept emerging in our common Bible, the Hebrew scriptures, and was the absolutely central meaning of the ministry and life of Jesus. One of the things we have suffered from in Christian theology is to try to understand Jesus apart from the notion of the reign of God. (I use the word reign advisedly here, and not the word kingdom, to move us away from language that is male, when we could just as easily use language that is inclusive.) I want to be somewhat scholarly and talk about some of the most exciting discoveries in biblical research, coming in part from a combination of archeological, textual, and anthropological studies, which are extremely exciting for those of us who believe we find in the Bible an inspiration for our political commitment and work. Examples of this research can be found in the work of [George E.] Mendenhal, my colleague Frank Moore Cross, and especially in Norman Gottwald whose new book, The Tribes of Yahweh, has just come out.

We begin to discover that the people we call Israel were not a people who all lived in slavery in Egypt and were called out of slavery by God into somebody else’s territory which they then took over (an ethical problem for many of us). In fact, most of the people we call the Israelites already lived in Canaan, had always been there, spoke the same language as the people in Canaan, and were in fact the lowest, most alienated, oppressed and poor people of that area. They were catalyzed into being a single people by the emergence in their midst of this group of former slaves with a faith in a God who was on the side of the oppressed, Yahweh, who had called them out of bondage and into freedom. Therefore, they joined together their religious traditions, their beliefs, and their heritage into what we now know as the Hebrew scripture. But in fact there were different people who traced their lineages back to Abraham, Isaac, and Jacob.

What we have in the Hebrew scriptures now is a marvelous kind of narrational effort to put together these stories, myths, legends of a variety of people all around this discovery of a God who always emerged as the one who vindicated and defended the poor, the broken hearted, the widowed, the oppressed, and the stranger in the land. So the basis of this unity that emerged in these earliest days, was around belief in this God Yahweh, who was at one point also combined with the ancient God El. In fact, perhaps the name Israel comes from that.

This God had three main characteristics. The first was that he or she was a warrior. I’m afraid we have to face that, folks. Frank Cross has established that pretty clearly. This was a God who was one the side of a particular people in battle.

However, the transformation of the warrior god was that this God was always and only exclusively on the side of the poor, the oppressed, the underdog against the rulers of the stratified and militarily powerful city-states of Canaan at the time.

Another significant difference, and a very important one for us as we try to understand our faith as it informs our political commitment, is that this alliance of the oppressed never tried to establish a powerful, political entity themselves. They always tried to throw off whatever particular oppressor was pestering them at the time, and then simply tried to live in the non-stratified and non-centralized society which was their ideal. Only later in the history of this people did they move into a stage of monarchy. Anybody who has carefully read the pages of the Hebrew scriptures knows that there was a terrific tension about whether or not that monarchy should be established at all—whether or not this was really a betrayal of the early promises given to the people of Israel. And throughout the period of the monarchy, of David and Solomon and the rest, the old tradition of a non-centralized community of people which had previously been articulated by the Levitical priests, was there in the voice of the prophets—always warning the kings not to re-stratify, not to rely on chariots, not to become a powerful military state, not to, as it were, re-Canaanize the monarchy. I think this is an enormously important understanding of the very ancient origins of the faith, both of Jews and of Christians, and I hope of a lot of other people who wouldn’t consider themselves religiously affiliated in that narrow sense of the word.

I would like to say a little bit about what this means particularly for Christians. For a long time I’ve believed that the impact of biblical faith on world civilization has at least two forms.

One form has impact all of those people in our civilization who believe that whatever cosmic power there is supports them and helps them in their struggle for human freedom, dignity, and the casting-off of their oppressors—even when they have not been explicitly religious in the narrow sense of that word. This perspective on history, which sees the possibility of change, the possibility of a new era in which the present oppression will not obtain, comes from this earliest revelation.

The other form of this impact has been more specifically religious. I think we Christians must take more responsibility for this hyper-religionization of this message, for the over-religionizing of it, over-spiritualizing of it. This is one of the reasons why we Christians so desperately need to be in contact with Jews, who have never gone through this hyper-spiritualization of the message and still remind us of its earthly, corporate, gritty quality.

I have a feeling that these two, as it were, alienated branches of the impact of the original Biblical faith, which for us Christians is focused and mediated especially through the life and ministry and meaning of Jesus of Nazareth, have come together at points in the past and are coming together again now. I think one of the most exciting things about the twentieth century is the rediscovery by people on both sides of the division of their importance for each other and of their common cause.

Now if the original revelation of the God of Israel was as one who is now on the side of the weak against whatever oppressor appears, and that this God is there to reestablish justice, to vindicate the poor and not to establish some kind of oppressive power to replace it; and if the other characteristic of this God is promising some kind of future, some different time, a source of hope, then it is very important to understand Jesus as the one who comes along to reintroduce, to embody this possibility at a time when we believe it had become almost lost again. And this in turn is terribly important when we get that discussion with a lot of our colleagues about why Jesus didn’t try to take over state power; about why he was not interested in the reestablishment of the monarchy; about why he wasn’t a Zealot, although he had a lot of friends among the Zealots. So when Jesus talks about his kingdom and suggests that it wasn’t the kind of kingdom that was being expected by the neo-monarchists or by the religious nationalists of the time, that does not mean he was talking about a spiritual, ethereal, other-worldly kingdom. It means he was talking about the kind of entrance of God once again into the struggle for the poor, which goes right back to the sources of his faith, which was the faith of ancient Israel. So this provides a whole different option between that false choice we are often forced to make between the spiritual kingdom and the political kingdom.

Now I would like to take a big leap to illustrate how that has come out in very recent history with our old friends the “Wobblies.” I have been doing some research recently into the faith of the American labor movement, as it articulates itself in its songs, and even its hymns. I think a lot of you will be surprised to look at the literature of the Wobblies, whose image has come down to us as tattered tramps who were anti-religious, and to notice how explicitly religious, and in fact in many ways Christian, the Wobbly movement was.

Here are two examples from the Wobbly songbook about Jesus. Jesus was seen as a kind of model person who identifies with the brokenhearted, the poor, the tramps, the workers—against those who were oppressing them. There was a kind of seizing upon Jesus and a rejecting of his clerical and religious image. Here is the way it goes. I wish I knew the tune, so we could sing it:

You call me Christ and Jesus

But I was a rebel

And my brothers, the outcast,

The rebel, the tramp,

And not the religious,

The scab, or the scamp.

Now I want to submit that this is pretty damned good Christology. We can find very Biblical and authentic Christology emerging, not just from the scholarly textbooks on who Jesus was and is, but from the experience of poor people in our time.

Here is one more. It has to do with the resurrection. It is a kind of Easter song. Incidentally, in the Wobbly newspaper called One Big Union, there was always a little corner called “Your Parish” and it told you what you could do in your local church to get “one big union” moving. This hymn appeared in both the song book and the newspaper. Watch again how this picks up what the scholars are now discovering, a little later than the Wobblies did, about the original revelation of the Biblical God.

But Christ is risen and

There be some you cannot silence.

There be some you cannot kill.

And the blood of martyred spirits

Is the seed of progress still.

Love and freedom still are powers

In the human heart and soul,

And the great eternal truth is marching,

Onward toward the goal.

Lo, I hear the workers coming

Over hill and dale and plain,

And their voices still are ringing

Round the rebel world again.

These are only a small sample of dozens and dozens of poems and doggerel and hymns in this tradition. What I’m suggesting is that perhaps if we understand our religious and our political tradition better, a lot of the questions we ask, the false problems about how they relate to each other, might not appear quite so serious. If the God we are talking about is the God who started in business the way I’ve suggested, which I think is now becoming more or less the consensus of most Biblical scholarship, then a lot of those problems melt away.

Harvey Cox is Hollis Research Professor of Divinity at Harvard University and is the author of many books, most recently The Market as God.