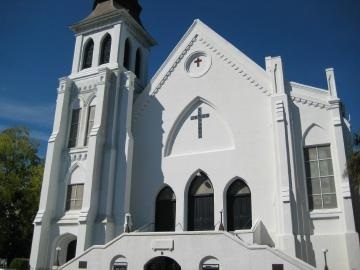 The essay below was originally posted at .Mic on Juneteenth. Religious Socialism is reprinting the essay to mark one week since the massacre.

Grief in this instance is an affective and political act. It's a simmering anger and anguished contemplation about the harm imposed on black communities — inadvertently, individually and institutionally — by a culture and political economy that prioritizes and protects whiteness.

To read the rest of this piece, please follow this link.

Rev. Andrew Wilkes is the Executive Director of the Drum Major Institute, an organization founded by Rev. Dr. Martin Luther King Jr. Wilkes is also the Assoc. Pastor of Social Justice and Young Adults for the Greater Allen AME Cathedral of New York. His writing and work have been featured in the Washington Post, the Guardian and Stanford Social Innovation Review.