Out of the Gay Ghetto: A Profile of Harry Britt 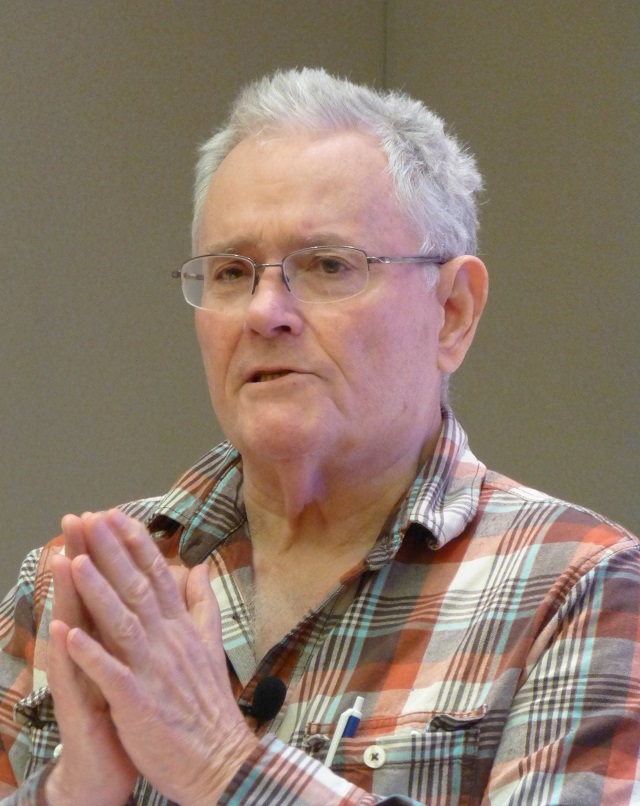 When San Francisco Supervisor Harry Britt steps into his City Hall office, he is walking into the room in which his friend and political mentor Harvey Milk was assassinated. The office once belonged to Supervisor Dan White, the man who murdered Milk and San Francisco Mayor George Moscone in 1978. "I asked for that office," recalls Britt. "I don't ever want to forget why I'm here."

Milk was the first openly gay member of the Board of Supervisors, an eleven-member group equivalent to a city council. Britt was named to fill out Milk's term and has won re-election twice. He has become known as an outspoken and effective champion, not only for gays, but for women, minorities, seniors, and the disabled. Today, the club of which he was once president, now the Harvey Milk Gay Democratic Club, is one of the strongest progressive forces in the city.

At the same time that he has worked to bring gay politics out of the closet, Britt has been candid about his commitment to democratic socialism. He serves as a vice chair of DSA and recently spent 13 days on a DSA· sponsored speaking tour throughout the East Coast.

The soft drawl and the conventional brown tweed jacket and dark-rimmed glasses convey the impression of a man who would be at home in Middle America. But growing up in Port Arthur, Texas, Britt felt lonely and isolated. He couldn't name the contradiction then, between what the heterosexual world expected of little boys and what he was feeling. Even though he knew that he didn't like that world, he wanted to fit into it.

"My politics as a child were accommodationist. I did everything the school and church wanted. " He filled the role of model student and model son: student government leader, National Merit Scholar, president of his college fraternity. It was only in the church that he found others who "questioned the assumptions of white middle-class America," so that his decision to enter the Methodist ministry seemed a logical step. "I fell in love with a minister's daughter and got to see that role ...and I knew that I didn't want to go into business."

After he received a master of divinity degree from Southern Methodist University. Britt and his wife moved to Chicago, where he studied with Paul Tillich and was influenced by other religious socialists. He credits Tillich with teaching him that love must involve empowerment. The church led him to political involvement and the civil rights movement, where he saw that process of empowerment at work. He had found "the great political experience of my lifetime," but the alienation remained.

"I use the term 'ugly duckling' a lot," he muses, remembering those days of wanting to be something else, yet not being sure what that would mean. His marriage broke up, and when Martin Luther King was assassinated in 1968, he left the parish ministry disillusioned about the church's ability to bring about change. He had just turned 30.

In retrospect, he believes that "I couldn't be effective in other people's lives because I hadn't dealt with my own sexuality." Dealing with it took him to California, to Esalen, through gestalt therapy and transactional analysis, searching for ways to help others and himself at the same time. Eventually he discovered the gay ghetto of San Francisco, where he found "a community of people who shared that gay anger and that very deep desire to relate to each other outside the traditional patterns."

Then came Harvey Milk and the experience of power. Britt delights in telling of Milk's chutzpah, the way he would appear before downtown real estate speculators and say, "I’m the head queen in San Francisco. What are you going to do about it?" Milk's courage and outspokenness inspired others. In gay politics, as in civil rights, Britt worked with people who took their experiences of powerlessness, found their rage at being invisible, and turned that anger outward for change.

It is this ability to take the anger of invisible people---of women, gays, workers, minorities, the elderly, the handicapped, the poor---and focus it that forms the base of Britt's coalition politics.

"DSA understood that it wasn't an accident that these people were invisible," he comments. "All of us who have made a commitment to social change have felt that con­tradiction between what seems right and just and the way the system is organized." However, "I don't hand people a socialist pamphlet and try to get them to rethink their position on monetarism...I organize people around their alienation from the corporate power structure." He cites the example of small businesspeople threatened by real estate speculators who responded eagerly to his proposal for commercial rent control.

The actions of downtown developers and speculators have brought diverse groups together around tenant rights as renters, small businesses, and the poor are increasingly squeezed out of San Francisco. In his position as chair of the Board of Supervisors' Committee on Planning, Housing and Development, Britt has worked to ease the housing crisis and restrain development of the downtown area. DSA has played a key role in creating an alliance of housing activists in the city and is now taken seriously by progres­sive political people.

Britt's emphasis on speaking out for the alienated and trying to bring about systemic change has not won him friends in the business community or the mayor's office. Mayor Diane Feinstein, whose national reputation is that of a liberal, refused to implement an equal pay for comparable worth measure that he initiated. Nevertheless, he has been able to help preserve low-income housing for the poor and elderly, get a moratorium on condo conversions, close loopholes in the rent stabilization law, and bring about a civilian complaint office to investigate complaints against the police.

Has being a socialist hurt him? “I spent too much of my life in the closet to be in the closet about that... Besides, if you're doing anything worthwhile they're going to redbait you anyway. " He believes that his progressive politics combined with solid constituent service—"personal politics"—have enabled him to build strong support. In his first election bid after being appointed to Milk's seat, he was the only incumbent to win re-election. In November, the Milk club contributed significantly to the re-election of Representative Philip Burton.

Not all gays in San Francisco support Harry Britt or his leftwing politics, but he bridles when questioners imply that gays are more conservative than other alienated groups because of their economic interests. “The predominant experience of gay persons is homophobia, and when. gays stop being invisible and start dealing with that homophobia, their politics tend to be progressive."

Organizing around homophobia, or society's inability to deal with intimacy between people of the same sex, is, he believes, crucial to bringing the gay movement together with the women's movement. He looks to the women's movement for leadership in this period. However, unless all the groups, including the left, can break out of their own ghettoes and use the anger drawn from their experiences to gain power, he sees little hope for change. "

In the office in which Harvey Milk died, Harry Britt has hung photographs of gay men and lesbians at marches and at election victory celebrations. "I need those pictures because there's nothing in my background or in the background of gays to know what to do with political power. I need those pictures to remind me.” He savors the thought of Dan White's knowing that his old office is now a power base for everything he wanted to destroy, and he repeats, "Politics, whether it's -gay politics, women's politics, the politics of economic justice, must never get far from that sense of anger when a bully attacks someone who doesn't have the power to deal with it.”

Reprinted from the January 1983 issue of Democratic Left.