Passion and Performance: The Gospel of Eureka 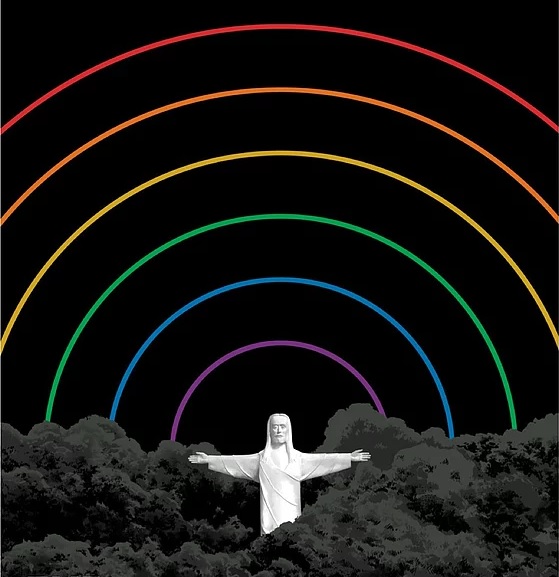 Can a documentary about a drag show illuminate the Gospels? Filmmakers  Michael Palmieri and Donal Mosher were initially interested in the political battle playing out in Eureka Springs, Arkansas over Ordinance 2223, an ordinance approved by city council that sought to prevent employment and housing discrimination based on gender identity and sexual orientation. What ended up capturing their interest was not the political battle itself, but how (mostly white) people on both sides of the fight were self-identified, even devout Christians, from the gay owners of a drag bar to the conservative CEO of the well-known annual Passion Play.

The Gospel of Eureka is a theatrical documentary that showcases Eureka Springs, home to both a thriving drag scene and “The Great Passion Play,” an “epic drama of Jesus Christ’s last days on earth” that has been performed since 1968. The film opened in New York City on February 8 for a week and is opening in other cities later this month.

“Everyone we talked to still embraced faith and redefined it one way or another,” Palmieri said during a panel talkback. “The negotiation of faith in the community became much more interesting to us than the political battle,” Mosher chimed in.

One of the strengths of the film is how it showcases the various ways in which people frame and re-frame Christianity in unexpectedly different ways. This was most obvious when the film alternated between scenes from the Passion Play and from the town’s local gay bar. In one scene, actors are putting on makeup in preparation for the Passion play; in another, Ginger Styles, one of the main drag queens, is getting dressed for her “comedy gospel” act on stage. In both contexts, all the actors are in “costume,” wearing layers of makeup, and lip-syncing to well-known lines. Indeed, as the movie went on, it became less and less clear which context was actually the “drag show.”

If there was another overarching theme to The Gospel of Eureka, it would be the importance of performance to faith. Look beyond the Christmas pageants or the Easter players: Every Sunday, the ritual – the drama, shall we say – of someone clothed in colorful robes consecrating the bread and wine, breaking it, and distributing to the people is one of the highlights, if not the peak, of Sunday service in most churches. The Eucharistic ritual is essentially a performative re-enactment of Jesus’ last supper, one in which the “play’s audience” is invited to participate. It is not enough for us to listen to the story of Jesus’ life. We are embodied creatures. We need the embodied performance of the Eucharist in order to (literally) internalize the message of Jesus, which is – if I may be permitted to theologize here – that we are all united with the divine. We tell a story with our bodies in order to align our minds and hearts with a deeper, spiritual reality. And is that not faith?

Sometimes, though, it takes a drag show – in a bar, not in a church – for that message to sink in. A few years ago, Danny Cortez, a pastor who made news for leading a Southern Baptist Church and coming out as LGBTQ-affirming, spoke at a panel in Q Christian Fellowship, the largest annual LGBTQIA Christian conference. A Filipino American, Cortez shared how he’d always felt self-conscious of his short status and dark skin—physical markers that reminded him that he was not what white America deemed beautiful. It was only during a drag show, in which he watched a high-school friend perform onstage to uproarious applause, that he started to look at himself differently. “We were throwing dollar-bills at him and celebrating him—we were redefining what was beautiful. And I began to think, if this was beautiful, maybe I am beautiful too,” he said (my paraphrase from memory). The collective performance of drag re-connected Cortez to a deeper reality.

Performance is often seen as the anti-thesis to authenticity; to “perform” implies that one is not acting as oneself. But perhaps performance – whether in the context of a church service, a drag show, or a political protest – is a critical means to more deeply become oneself.

Sarah Ngu lives in Brooklyn, NY. She is the cofounder of Church Clarity and host of the Religious Socialism podcast.