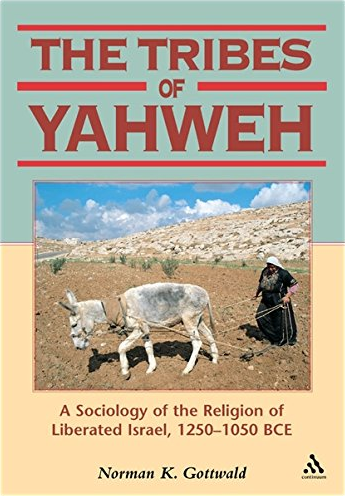 This week in Religious Socialism, we follow up our historic “Building the Religious Left” conference with news of a new event we are co-hosting and links to several recent articles covering some of the religious Left themes from our conference:

The Center and Library for the Bible and Social Justice and the Religion and Socialism Working Group of the Democratic Socialists of America invite you to a special Scholar-Activist Encounter featuring Rabbi Michael Feinberg and Dr. Norman Gottwald.

The focus of the discussion will be the continuing relevance of Dr. Gottwald’s 1979 book Tribes of Yahweh: A Sociology of the Religion of Liberated Israel, 1250-1050 BCE. We will present an overview of its central thesis regarding political and sociological dynamics surrounding the emergence of the Jewish people, including his nontraditional reading of the slaughter of the Canaanites. We will then discuss how Dr.Gottwald’s thesis influenced activists like Rabbi Feinberg, how his thinking has evolved since its publication, and how these ideas are relevant for multifaith movement-building today.

We will meet via zoom on May 20, 2021 at 7:30pm Eastern Time. Advance registration is required via this link. All are welcome; donations are encouraged. Go here to learn more about this event and our partner's Scholar-Activist series.

We also want to lift up several recent articles that address current events and religious Left topics that were discussed during our conference:

Matthew Sitman for The New Republic wrote  “Whither the Religious Left,”:

" task of the religious left can’t be found in demographics or the polls, or in the divine sanction it can offer for this or that policy. Instead, it is found in offering witness to the possibility of a beloved community, one that sees eternity looming beyond the next election."

Stephen Mattson for Sojourners wrote, “Why Democratic Socialism Isn’t Anti-Christian,” a piece that is ideal for sharing w/ Christian family and friends who are de facto socialist but scared of the word:

“While the life of Jesus and the gospel message fail to explicitly endorse any specific party affiliation, contemporary Christians who embrace socialism note that scripture is full of appeals to sacrificially give, care, and provide for others, including Christians who practiced collective ownership. For example, Acts 2:44-45 states, “All who believed were together and had all things in common; they would sell their possessions and goods and distribute the proceeds to all, as any had need.” For Christians who embrace socialism, their faith in a community that seeks a way of selfless love has led them to critique the failures of capitalism and look for alternative systems.”

Amanda Marcotte, writing in Salon on “Church Membership is in a Freefall, and the Christian Right Has Only Themselves to Blame”:

“Clearly, what we're seeing is a dramatic increase in the kinds of folks who would say something akin to, "I'm spiritual, but not big on organized religion. Blame the religious right . . .The drop in religious affiliation starts right around the time George W. Bush was elected president, publicly and dramatically associating himself with the white evangelical movement. The early Aughts saw the rise of megachurches with flashily dressed ministers who appeared more interested in money and sermonizing about people's sex lives than modeling values of charity and humility.”