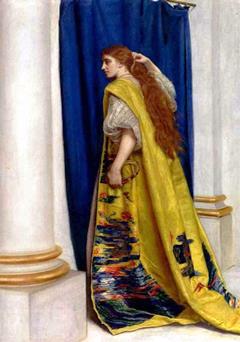 Purim is a celebration of contrasts: a Jewish Queen hides her religion and saves her people. A biblical narrative does not mention the name of God. The miracle of Purim involve battles between Jews and their enemies throughout the Persian Empire, but the commandments of the holiday focus on festive meals and gifts to the poor and to friends.

Many people think of Purim as a happening for kids, a Jewish version of Halloween. Kids dress up, eat candy, play games in school instead of learning and make noise with graggers. While this is indeed the children’s version of the holiday, the roots of Purim are in a very serious event. The biblical book of Esther tells of a Persian king, Ahaseurus.  Rich, hedonistic and foolish (or perhaps pretending to be foolish), he rules over an empire populated by different nations and beliefs. His first minister, Haman, hinted to be a descendant of the Amalekites, the eternal enemies of the Jews, is enraged when Mordechai the Jew, a possible political rival, refuses to bow down to him citing religious reasons.

Haman uses his power in the court to persuade the king to sign a decree that orders the destruction of all the Jews in the Empire. A lot is drawn and the date is set for the 13th day of the twelve month, the month of Adar. Mordechai has been able to position his niece Hadassah in the court as the favorite wife of the king. She has assumed the Persian name Esther and has not disclosed her real name and ethnicity. With prayer and miracles, she is able to convince the fickle king that Haman is evil and the Jews should not be exterminated.  But the king does not revoke his original decree, explaining that a royal decree signed in the royal ring cannot be revoked. Instead, in another decree, he allows the Jews to defend themselves against their enemies.

The violence of the battles in the thirteenth day of the month of Adar was indeed staggering: “And the other Jews that were in the king's provinces gathered themselves together, and stood for their lives, and had rest from their enemies, and slew of them that hated them seventy and five thousand--but on the spoil they laid not their hand.” (Esther 9:16).

This verse has been used by some to portray Purim as a celebration of violence, specifically Jews rejoicing in the downfall of their enemies, but such skewed reading contradicts the narrative of the story, Both Mordechai and Esther wish to avoid the conflict of the thirteenth of Adar, but for political reasons the king refuses and allows the Jews to fight their enemies rather than revoke his former decree. The most telling sign for this approach is seen in the commemoration of the event: “the days wherein the Jews had rest from their enemies, and the month which was turned unto them from sorrow to gladness, and from mourning into a good day; that they should make them days of feasting and gladness, and of sending portions one to another, and gifts to the poor” (Esther 9:22). The yearly celebration includes not only sending festive meals to friends as well as gifts, but also includes meals and gifts for the poor.

The rabbinic discourse about the gifts to the poor gives insight to the rabbinic position about social justice and mutual responsibility. The gifts to the poor are different from the usual obligation to help the poor. On this day there are no background checks to those who ask for help, “all those who spread their hands are given,” there is a trust that those who ask are in actual need but at the same time, all need to give on Purim. Even those who take must themselves give to others (Shulchan Aruch, Orach Chaim, 794).

What is at the basis of the all-encompassing duty to give to all? According to Maimonides, this is the center of the day, and more should be spent on the poor than on the meals and the gifts sent to friends. It is the social camaraderie that shapes the festival. When we look at all the components of the day, we see a theme emerging. The festival commemorates a salvation from physical annihilation. Haman wished to destroy all Jews, and Jews, as one, set out to fight this decree, first with prayer and later with a physical battle. Rather than focusing on the physical victory, the ceremonies of the day invoke a mutual sense of responsibility to family, friends, and the poor. We begin with the reading of the book of Esther that tells the story of the salvation, than we give presents of food and drink to friends so they all can rejoice in the celebration. We continue with giving to the poor, those who need help to rejoice. We are commanded to do so with an open heart without questioning the validity of the claim, and at the same time we expect the poor to also give something to another. This expectation creates a sense of solidarity and mutual responsibility to all members of society. It is not charity but a collective obligation, because this is not charity but justice; this is not a celebration of violence but of a society coming together united against evil, we celebrate this unity in the most humane way possible, by breaking bread with others.

Ilan Fuchs is visiting scholar at the Frankel Institute in the University of Michigan in Ann Arbor and author of Jewish Women’s Torah Study: Orthodox Education and Modernity (Routledge, 2014).