Race, Class, Marx, and Despair: A Chat With Cornel West 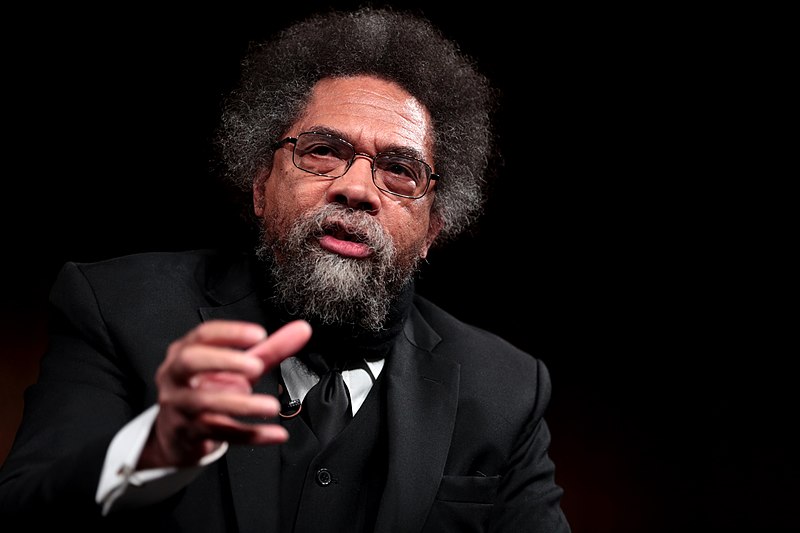 Adapted from an interview that appeared in the Summer 1999 issue of Religious Socialism. At that time, Cornel West was a new member of the RS editorial board.

RS: Tell us first where, when, and how you were born and raised.

CW: I was born in Tulsa, Oklahoma, in 1953, stayed there for two weeks, went to Topeka, Kansas, for three years and moved to Sacramento, California, where I remained until I came here as a freshman at Harvard.

RS: When were you first seriously attracted to Christian faith?

CW: I just imbibed it. It was like breathing the air around me. Church and family were a continuum. Dad was not a minister, but he was a trustee in the Baptist Church. My maternal grandfather was a minister and my paternal grandfather a deacon from the age of 24 until he died at 89. So being a Christian was just basic, like being inside of one’s skin.

RS: And you never had any temptation to disbelief?

CW: No. Of course, I come out of a different intellectual orientation from most of my fellow Baptists or family. I read a lot of Montaigne, and early on, Kierkegaard. Writers like them have always been the fundamental sources of my understanding the faith. Therefore I could never be fundamentalist, foundationist, or cheaply evangelical. There has always been a strong critical consciousness inscribed within my Christian faith.

RS: When did this critical consciousness start?

CW: I first read Kierkegaard about the age of 14. We lived in a segregated part of Sacramento and it was difficult to get access to a library, but we had a Bookmobile that came around.

RS: So you were a brilliant student in high school and came here [to Harvard University] on scholarship.

CW: Class of ‘74. I went on to Princeton for a Masters and PhD in Philosophy, then taught at Union Theological Seminary, Yale Divinity School, Princeton and now here, teaching mostly philosophy, but nearly everything, including a course on the Tragic, the Comic and the Political, and here now an Introduction to Afro-American Studies.

RS: You were ordained?

CW: No, never. Every periodical, including the New York Times, insists that I’m an ordained minister, but I never was.

RS: When were you first attracted to socialism?

CW: When I was about 16, I started reading the Black Panthers’ newspaper. I was strongly influenced by what they were saying about capitalism. They had a chapter right next to our church and I used to dialogue with the brothers and sisters. I never joined the Panthers because they trashed religion. You had to be an atheist to join. But my understanding of the Christian gospel embraced many of their insights about social misery and how we understand it. I was never convinced that they had any solutions. It was more their courage, their willingness to think seriously about the rule of capital, the commodification of labor and all those things we associate with Marxist discourse. I remember reading Capital and I couldn’t figure out what was going on, but I knew he was saying something about the nature of evil in modern society, how workers were being exploited and how capital was a major idol of our time. Similarly I concluded that money was not inherently idolatrous but could become idolatrous if it were elevated and lifted in place of God. Eventually I read Tillich’s The Socialist Decision and I thought, “This is it. Tillich has got exactly what I have been trying to think through.” It was Tillich, it was R.H. Tawney, it was Reinhold Niebuhr.

RS: I like Tawney and Niebuhr, but I was never crazy about Tillich and his God as the Ground of our Being.

CW: Tillich’s theology was problematic, and he had his own lingo, but he had an existentialist sense, a feeling for the depth that lies beneath the surface appearance. We all have our special lingoes, and the beauty of the Gospel is that it cuts through the lingoes to the reality behind them.

RS: In your book Prophesy Deliverance! you have the following passage: “Racial status contributes greatly to black oppression...but class position contributes more than racial status to the basic form of powerlessness in America.“ Do you still believe that?

CW: I was saying that in terms of immediate lived experience—on the bus, on the job and so on—race is felt to be more fundamental, but in terms of life chances of black people class is more important. More and more African-Americans are coming to realize that, but unfortunately, class is still not accented as much as it ought to be.

RS: Have you read Ron Aronson’s book, After Marxism? The opening line is “Marxism is over, and we are on our own.” What do you think of that?

CW: I think that on the one hand we have always been on our own. The notion that we are now on our own because Marxism is over is itself an illusion. Marxism was always to be viewed critically. We accept what insights we can incorporate and we hold at arm’s length the nonsense. I have never, ever been a Marxist. It’s too narrow, too impoverished a conception of what it is to be human. It provides some essential intellectual weaponry to fight evil in the world, but only certain kinds of evil, mainly class inequality. It doesn’t help us fight homophobia, it doesn’t help us fight heterosexism, it doesn’t help us fight even racism to a certain degree. It helps us fight the class oppression of working people, but race is not reducible to class. And so Marxism is both indispensable, but inadequate, insufficient. And it certainly doesn’t help us understand death, dread, despair, disillusionment, demoralization. On all these fundamental features of the human condition Marxism has nothing to say. That’s what I mean by being impoverished, even though it may be crucial in many ways. But I do agree with Aronson that we have to think critically, independently. And in the end we have to become radical democrats.

RS: In a speech you gave at the Black Radicals meeting in Old Cambridge Baptist Church a year ago you said that child poverty in Japan was 2 percent, Germany, Sweden and Norway 4 percent, Canada 9 percent, the U.S. 21 percent overall and for black children 51 percent. You convinced me then that the key statistic in judging the health and morality of an economy, or a country, is child poverty, not unemployment, essential as good jobs may be and are. Germany then had double-digit unemployment compared to our marvelous alleged four-something, but their child poverty was one fifth of ours. Our claim to having the best, most successful economy in the world is nonsense in light of our miserable record on child poverty. Do you agree?

CW: Yes, I agree. Children are the most vulnerable citizens, especially the poor children.