Reconciliation and Rejection: Accepting a call to resistance 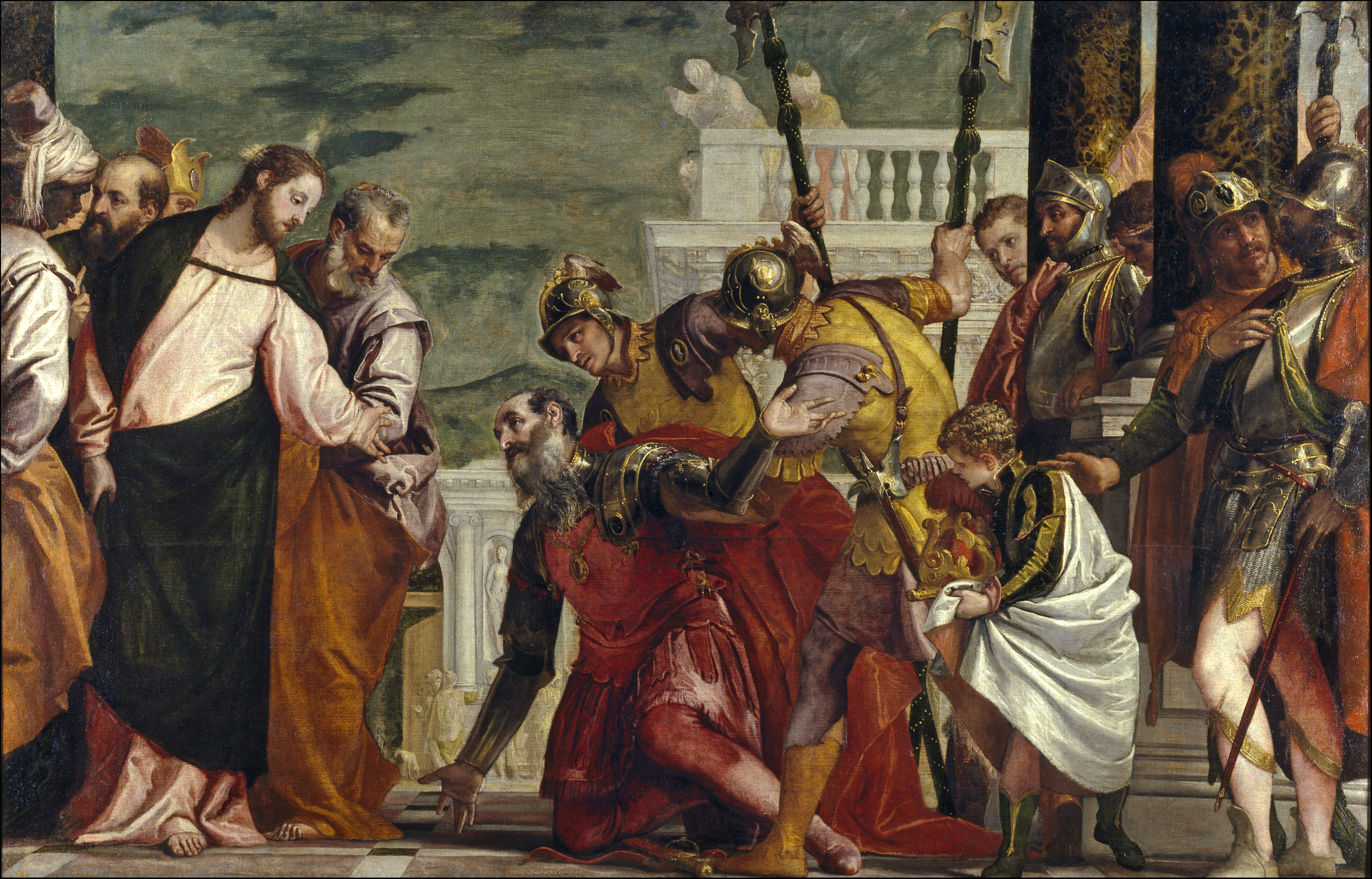 Jesus and the Centurion

Most of us have spent our adult lives struggling with the cognitive dissonance of living under capitalism. We’ve stuck it out in jobs we’ve hated, worked under bosses we’ve despised, and put in long hours to avoid being fired, to keep our healthcare, to keep a roof over our heads, or simply to avoid the being part of the “reserve army” of the unemployed. We’ve witnessed countless acts--large and small--of oppression against those deemed insufficient contributors to the capitalist endeavor. Too often, and I plead guilty, we have stayed silent, afraid that raising our voices would alienate our communities and the powers-that-be.

Socialism asks us to speak up and reject capitalism, to work in opposition to the current economic system and toward a future when all are truly treated as equals. But I have often found acting upon this request difficult because of a conflict I perceive with my Christian faith.  A central tenet of my faith, and a primary reason I came to it in the first place, is that it chooses reconciliation over rejection. It asks us to render unto Caesar what is Caesar’s, to turn the other cheek or walk the second mile when the Empire demands it.

Nevertheless, I’ve come to believe that rejecting capitalism can lead to a fuller reconciliation with my values and faith. Although it might seem terrifying in the short term, declaring yourself a socialist can be an act of violent love, one in which we reject one deeply flawed system in order to accept a more humane one. But this belief has not come easy.

I spent my adolescence and much of my twenties deeply suspicious of organized religion and didn’t begin my journey into Christian faith until my early thirties. The journey started with a conversation with friends on my back porch, under a massive oak tree. I told them how much I enjoyed having them over to visit, and they responded that they, too, enjoyed it for the change of pace it provided - hanging out with people their own age. They mostly socialized through their church, they told me, and so spent a good deal of time with young children, seniors, and people a decade or two older than we were.

I suddenly realized that my experience was the opposite.  I spent almost all of my time with people my own age. In that moment, I recognized that I often did the same thing to people that I had done to religion--find faults, make excuses to prevent a connection, and generally cut myself off from relationships and belief systems that didn’t match my views. Through their church, my friends were learning how to become close to people unlike them, and I decided to do the same.

Coming to Christianity represented an act of reconciliation for me. Much of my experience with Christians had been negative up to that point, filled with judgment on their part of lifestyles they deemed inappropriate and political viewpoints I found abhorrent. But when I finally found a small progressive church and started attending, I realized that this hateful stance represented a narrow interpretation of the gospel.  The more expansive gospel preached love, concern for the poor, and forgiveness.

I began having regular Sunday conversations with people twice my age, from backgrounds foreign to me, with political views I didn’t always agree with. But the process, as well as the sermons we heard together, helped me begin to recognize that every individual deserves real love.

As I learned to seek the good in others and in the church, however, I became more concerned with the evils of our economy. I met homeless people at the food pantry where my congregation provides meals once a month; learned of loved ones wracked by unpayable medical bills or crippling student debt; and grew increasingly fearful of the world my children will inherit as climate change worsens. When I connected the dots, the culprit was clear: capitalism, a system that values profit above all other considerations, including human life.

I found myself back where I began; wanting to tear down institutions and the people responsible for them rather than seeking unity. This felt like a departure from much of what my faith had been trying to teach me, and what I had been trying to practice as a result of those teachings. It revealed to me that try as we may, in certain contexts, reconciliation remains impossible. We must actively oppose a system that fosters evil, and in the process, stop our endless search for common ground, because it truly doesn’t exist.

It still makes me uncomfortable to take a stand against “common ground.” My faith revolves around words like forgiveness and unity, not outrage and rejection. And this represents a basic conflict I feel as a Christian: in a faith based on reconciliation, at what point do I give up on it? At what point do I say that capitalism and those in charge of it must be actively opposed?

Even though I trust that before offering gifts to God, I must “first be reconciled to [my] brother,” I look to episodes in which Jesus became furious about what he viewed as injustice, such as when he “overturned the tables of the money-changers.” Rejection of the status quo became a necessary act for Jesus to provoke a deeper practice of faith, one that allowed believers to worship in a place devoid of commerce. This anger and outrage ultimately allowed people to more fully reconcile themselves with God.

Finally, I’ve realized that although choosing rejection over reconciliation can be isolating and hurtful, it can also be joyful. This joy exists in the form of the alternative to what is being rejected. If socialism and the DSA chapters across the country putting our beliefs into practice can increasingly be seen as positive alternatives to capitalism, representing a vision closer to the directives of love and compassion we hear in our places of worship, then our rejection in the moment can lead to a far deeper reconciliation down the road.

C.R. Mills is a writer and activist. Since publication of this article, his religious beliefs have continued to develop.--April, 2020