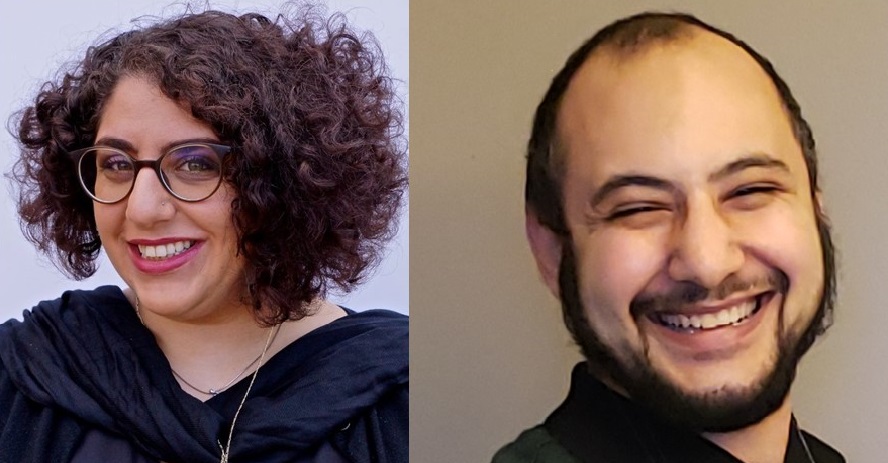 When Lamise Shawahin explains how her Islamic faith connects with her socialist political beliefs, she points first to zakat. One of Islam’s five pillars, zakat requires Muslims of means to devote a sizeable portion of their wealth to those in need. Sometimes mistakenly referred to as charity, the mandatory nature of zakat makes it far more akin to a tax.

“Zakat definitely lines up with the principles of socialism,” says Shawahin, a Palestinian-American who is a professor of psychology and counseling at Governors State University in Chicago and an editor for the Institute for Muslim Mental Health. Shawahin and a friend host iftar dinners to raise zakat funds for the organization Believers Bail Out, which works to release Muslims held in ICE custody or in jails awaiting trials. The Qur’an lists the freeing of captives as one of the proper uses of zakat.

“And this is just one of multiple giving mandates within Islam,” Shawahin says. “All of them are tangible ways to reduce inequality by removing wealth from places where it is being concentrated and then dispensing it to others. Islam is very conscious of wealth gaps and very intent on action to reduce them.”

Like Shawahin, Boston-based Omar Rashed also sees deep connections between Islam and socialism. He illustrates the shared priorities with a metaphor attributed to the Prophet Muhammed. Loving worldly possessions is like drinking saltwater from the sea, the Prophet said: The more you drink, the thirstier you get. It never satisfies, and it will eventually kill you.

“The Prophet foretold the problem we see today with exploitative capitalism,” says Rashed, a data analyst for a non-profit organization who also teaches social work part-time at Rutgers University and writes books and counsels Muslims struggling with depression and anxiety. “We are being constantly sold the idea that if we just buy this new car or get a nice house, then we will be happy. Sometimes it seems the dominant religion of this country is not Christianity, Judaism, or Islam. It is materialism. Most people are worshipping money.”

Shawahin and Rashed point to multiple examples in the Qur’an and supporting texts that emphasize Islam’s prohibition against hoarding wealth. Rashed quotes chapter 104 of the Qur’an, known as al-Humazah (“Woe to every slanderer backbiter who gathers wealth and counts it over, thinking that his wealth has made him immortal. By no means. He will be thrown into the Crusher.”) and chapter 102, known as al-Takathur (“Abundance distracts you until you visit the graveyards.”).

Rashed contrasts that scripture with the riches of a handful of Americans, singling out Amazon owner Jeff Bezos for his estimated $130 billion in assets. “That is clearly excessive, that is clearly hoarding,” Rashed says. “God does not prohibit us from all private profit, but He does prohibit us from hoarding.” The anti-hoarding tenets of Islam helped form the foundation for Islamic societies that have operated as welfare states, guaranteeing a minimum income for all and support for orphans, widows, and persons with disabilities.

Both Islam and socialism recognize that some goods, particularly natural resources, are communal in nature. The Sunnah’s guidance on Muslim law includes the pronouncement, “Humans are co-owners in three things: water, fire, and pastures.” In the climactic battle of Siffin, the Prophet Muhammed’s cousin and son-in-law Ali ibn Abi Talib famously allowed the enemy Syrian army access to a waterfront that his troops controlled, even though the Syrians had previously blocked Ali’s army from the same site. “The river belongs to God,” Ali said. “There is no embargo on water for anyone, and whoever wishes may take it.”

Of course, not all Muslims identify as socialist like Shawahin and Rashed do. And not all socialists agree with views like Rashed’s, who believes that economic justice is necessary but not sufficient without faith in God. But both Shawahin and Rashed insist that even culturally conservative Muslims see the many shared principles between Islam and socialism.

“It’s about taking care of others as you take care of yourself,” Rashed says. “It’s about meeting the needs of the 99%, not furthering the opulence of the 1%.