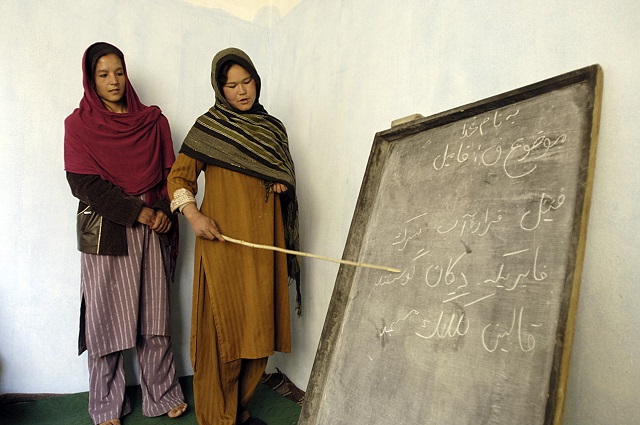 For many people, the 20th anniversary of the September 11, 2001 tragedies will be an angry time.

The United States has spent  billions of dollars and destroyed countless lives in a war that has accomplished little. Some reports say that 170,000 to 175,000 people have died in Afghanistan  because of military actions during the last twenty years, but  the real number of casualties is much higher. Many have died because of  disease, starvation, political repression, and for other reasons. In  early September, the United States was in full retreat and the Taliban was back in power with an all-male interim government.   Women are  demonstrating for their rights in the streets of Kabul. Tear gas has been used to suppress the demonstrators.

At the start of September,  the United Nations reported a humanitarian crisis in Afghanistan. In addition to the problems caused by patriarchy and political chaos, the nation is caught in a severe drought and the COVID-19 pandemic continues.  Hospitals and clinics have been overwhelmed in Afghanistan and in other nations.

In the United States, more than 660,000 people have died because of the COVID-19 pandemic  and we don't know how or when this tragedy will end.  Millions of people are unemployed because of the disease, and many are being evicted from their homes.  The damage caused by the here-and-now impact of climate change has also been incredible during recent weeks.  According to the scientists for the National Oceanic and Atmospheric  Administration,  the month of July was the hottest in world history. Hurricane Ida caused major devastation and death in the South and Northeast,  and droughts and  massive  wildfires continue in the West. There will be more problems in October.

Religious socialists can do some consciousness-raising about the public's health and safety.  Much of the suffering, many of the deaths, and much of the destruction that we're  now witnessing in the world could have been prevented.  Bad things happen to good people.  And, often, there's a reason, and, often, the reason has something to do with politics and culture. In some places, political leaders have made a bad situation much worse. We've learned that lesson because of climate change, and we've learned  the same lesson during the COVID-19 pandemic, and we've learned the lesson in the Middle East. Democratic socialism saves lives. It's needed.

Although it might not seem obvious at first sight, the lessons of the women’s health movement can offer a way forward.  This year marks the 50th  anniversary  of the publication of Our Bodies, Ourselves by the Boston Women’s Health Book Collective. It was a revolutionary work that changed how so many saw women’s health.  Women confronted the political  and commercial powers that  influence  the patterns of life and death. Over the years, the women's  health care movement  has worked to redefine health care, to empower women, and to emphasize the importance of personal and social wellness.

As we reflect  on the events of the last twenty years, remember the message that has often been heard in the women's  health movement.  Feminists have told the public that the personal is often  political, and the words need to be repeated again and again on 9/11 and on other occasions. We've seen one disaster follow another,  and the death toll increases.   As North America and Afghanistan  move towards the cold weather season, religious socialists need to remind their neighbors that a better way of living is possible. Every person deserves a fair opportunity to enjoy a long, healthy life.    Suffering can be reduced and individuals can live without fear. We can make it happen but, but not without a lot of effort. Work with others to create the moral infrastructure that's needed.

Robert Murphy is a Unitarian Universalist minister,  and  a member of the Pinellas DSA in Florida, who works with community and religious organizations. He's active in the Unitarian Universalists for a Just Economic Community. The UUJEC has endorsed Medicare for All, the Green New Deal, and the PRO Act.