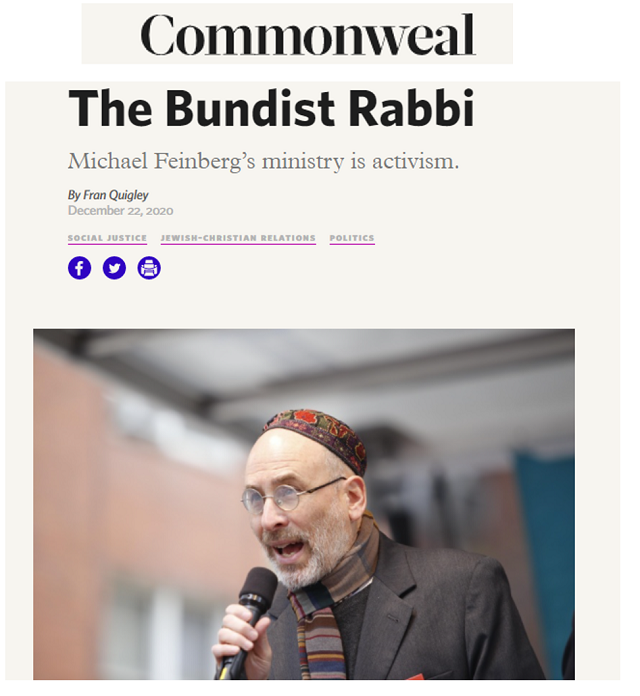 In this week’s Religious Socialism post, we share and link to a new Commonweal Magazine​ profile of the inspiring Rabbi Michael Feinberg, director of the Greater New York Labor-Religion Coalition, veteran of successful living wage campaigns, and a longtime active member of our Religious Socialism Working Group of the DSA.

In the article, Michael explains that his decades of multi-faith advocacy is built on a foundation of his family's Jewish faith and practice, his embrace of the "left wing of the possible" DSA approach he first heard during a Michael Harrington speech when he was in college, his years of commitment to multi-faith anti-war and pro-immigration campaigns, and his embrace of the Bundist Jewish socialist tradition.

“I wouldn’t say Hebrew Scripture is a socialist blueprint,” he says. “But the principles are key: the communalism, the concern for the most marginalized and most vulnerable in society—the widow, the orphan, the stranger—the need to cancel debt. The insistence on dignity for all people who are created in the divine image. That ethical framework is the core of Judaism, and I think all of those are deeply socialist principles.”

The full article can be viewed here