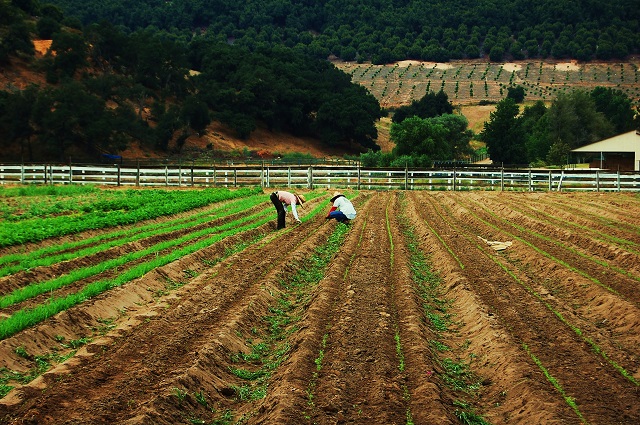 A robot  called my home to sell solar panels.  It  told  me about the benefits of protecting the world's  natural resources by producing clean energy.  Solar power is good for the environment and it's an investment in a healthy future.  The new technology is affordable, and it's  easy to install.

Welcome to planet Earth and care for it in the 21st century.

If you're a homeowner and you have some money,  clean energy is  a possibility.   If you rent your unit, you may be lucky if the landlord repairs broken doors and windows,  and don't ask for anything  that's expensive.   You might get it.

"If the landlord puts a windmill on my roof, he'll  raise the  rent,"  explained a low-income tenant whom I interviewed  in a  Boston neighborhood. For too long, care for the earth and justice for the poor and oppressed have been posed in opposition.

Terms like "ecology" and "biodiversity" became household words more than fifty years ago, when the first Earth Day was held, but for much of the twentieth century, many environmentalists tried to live in a bubble.  Mainstream environmentalists told the poor to eat less, to have fewer babies, and to reduce their energy use. Many argued for strict controls on immigration.   Popular  writers  like Lynn White, Jr., charged that the Abrahamic traditions had de-sacralized nature, which, supposedly, led to environmental destruction.

Even as modern prophets warned of ecological disaster, the imperatives of capitalism drove the engine of catastrophe. And Earth Day became one more holiday that deserved a stamp from the U.S. Postal Service while the U.S. government opened more land to drilling and oil pipelines.

What has saved part of the environmental movement is the environmental justice movement. The environmental justice  movement has developed, in large part, because of the  experiences of racial and ethnic minority groups, and because of the  experiences of low-income whites, including advocates for occupational health and safety. The old generation of Earth Day organizers  grumbled,  but the old generation is in retreat in this new century.  The national Sierra Club recently  endorsed  the Green New Deal and the Poor People's Campaign and it has expressed support for climate change refugees and other immigrants.   Justice,  equity, and inclusion  are becoming major  themes for some mainstream environmentalists.

What, if anything,  do social justice advocates  bring to the new discussions about the environment?   How do religious  socialists   explain ourselves at  Earth Day  festivals?

Socialists work for liberation.  We affirm human rights and dignity.

We  know that the  oppressed are pushed to the bottom of the social pyramid. They're poisoned in the places where they work and they're poisoned in the places where they live. During the difficult moments in community life, as shown most glaringly this past year,  they  suffer the most.  Look at  the experiences of low-income families  during extreme weather.  Whose homes are most likely to be destroyed when the ill winds blow?

Poor people struggle to heat their homes during the winter and suffer during summer heat waves. They are desperate for fuel assistance. And right now, the cheapest fuel comes at a great cost to the environment.

As proposals for a "green economy" develop,  organizations like the DSA  continue to support worker rights, union organization, access to clean water, and clean energy.  Socialists know that what is good for those at the bottom of the capitalist society is good for all.

The roots of ecosocialist thinking go back to several places.   History has many examples of worker and   peasant uprisings.  The Book of Exodus  still inspires much of liberation theology.   As the story goes,  the government of Egypt collapsed after a series of plagues.  The  Hebrew slaves fled into the  wilderness in search of freedom.  During forty years of trial and error,  a new culture developed that became identified  with moral monotheism.

According to this interpretation,  those who owned and operated ancient Egypt were rich and sophisticated, but they used their power to hurt  people. Yes, they respected science and nature, but Pharoah’s government was weak in the human rights department.   Societies that respect humanity can survive during a crisis, and some may become stronger because of the experience, but societies built on exploitation and neglect will fail when tested.    Crisis followed crisis in ancient Egypt,  followed by one of the biggest walk outs in labor history.

When the first Earth Day was celebrated in 1970, Indigenous militants were occupying Alcatraz, warships moved toward Southeast Asia, the Black Panther Party was organizing much of Oakland.  But the first generation of  Earth Day organizers wasn’t paying attention.  The women’s rights movement and the gay rights movement developed, but mainstream environmentalists  shrugged their shoulders.   Socialists like Barry Commoner and Frances Moore Lappé spoke  for justice, but socialist voices were often ignored during the 1970s.

Martin Luther King. Jr., was  co-pastor at Ebenezer Baptist Church in Atlanta.  He was assassinated in Memphis while there in support of striking sanitation workers.  In 2020, the senior pastor at Ebenezer Baptist stepped forward to run for the U.S. Senate.    Raphael Warnock was elected and is  one of the first members of the Senate to emphasize the importance of environmental justice work.  Like Martin Luther King, Jr.,  he speaks openly about the need to create the beloved community.  Imagine a community in which all people  are respected and loved. It's possible. It may happen.

Robert Francis Murphy is a member of Pinellas County DSA in Florida and a retired Unitarian Universalist minister. In 2011, he received a Special Service Award from the national Sierra Club in recognition of his environmental justice work with labor unions, community groups, and religious organizations.