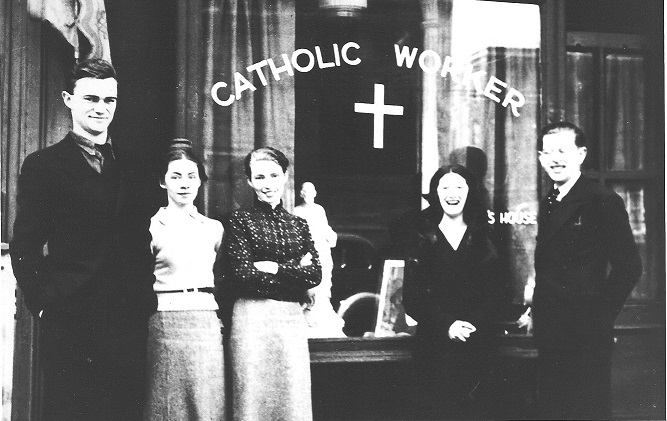 It will be nine years this summer since the death of John Cort, founder and longtime editor of the print version of Religious Socialism.  Cort, whose lifetime of social justice activism was deeply rooted in his Catholic faith, was a regular contributor to the magazine up until his death at age 94.  His name is not known to many readers of this site, but his life was an example of a fervent pursuit of social and spiritual justice.

To Cort, the term “religious socialism” indicated a belief in social justice as part and parcel of belief in “the higher power of one’s understanding” (to borrow an apt phrase from 12-step work) or in humanitarianism alone.  Much of what Cort meant by the term is explored in his comprehensive survey Christian Socialism (Orbis Books, 1988), although I hasten to add that its title equates to socialism “in the Judeo-Christian tradition” and that the book covers non-religious socialism as well.

Socialism is often defined, simply and accurately, as economic and social justice allied with political democracy.  Early DSAers Michael Harrington and Cort took divergent routes to democratic socialism, but both subscribed to the statement in the Socialist International’s Frankfurt Declaration of 1951 that “[W]hile the guiding principle of capitalism is private profit, the guiding principle of socialism is the satisfaction of human needs.”  Both also subscribed to the statement in the International’s Stockholm Declaration of 1989 (Harrington was one of its authors) that “neither private nor state ownership [of capital] guarantees either efficiency or social justice.”  (See Cort’s survey and Harrington’s Socialism: Past and Future, Arcade Publishing, 1989, reprinted 2011.)

Both Cort and Harrington started their activism with Catholic social teachings as a primary influence.  This remained so for Cort (although he always advocated and practiced cooperation with reform socialists).  Harrington, on the other hand, moved away from Catholicism (though not from its social-justice teachings) and toward Marxian socialism, albeit the reformist and non-totalitarian version.

In 1975, Cort, inspired by Harrington and other longtime, socialist colleagues, joined the Democratic Socialist Organizing Committee (a DSA forerunner).  Cort described this move as the second of what he calls his two “dreadful conversions,” a phrase that became the title of his autobiography (Fordham University Press, 2003).  The first of these was his conversion to Catholicism in 1935, right after his graduation from Harvard.

Cort’s major inspiration as a new Catholic was Dorothy Day (definitely a candidate for sainthood, in his opinion), whose own conversion to Catholicism preceded his by just a few years, and who then started the Catholic Worker movement, a ministry to feed and shelter the poor and homeless.  Cort had gone to hear her speak at a talk she gave in Boston in April 1936, and was so impressed with her commitment to social justice that by the end of that year he was a live-in volunteer at her New York City House of Hospitality.

The title Dreadful Conversions stems from The Brothers Karamazov, where Dostoyevsky (one of Day’s favorite authors) refers to the “harsh and dreadful” nature of “love in action, as opposed to love in dreams.”  Cort was deeply moved by “the harsh and dreadful life she [Day] was living on behalf of the homeless and hungry,” and he also saw this kind of “love in action” as synonymous with “the satisfaction of human needs” expression in the Frankfurt Declaration.

Among Cort’s earliest experiences as a Catholic Worker volunteer was bringing to striking stevedores on the New York City waterfront the worker-justice pronouncements of Pope Pius XI in the encyclical Quadragesimo Anno, a landmark social-justice document.  At its heart was the pope’s eloquent and ever-timely call for employee-employer contracts of partnership “whereby workers and executives become sharers in the ownership or management of their enterprises,” or “participate in some way in the profits.”

Eventually Cort moved on from the Catholic Workers and joined with other Catholic unionists in a movement that made worker justice its chief concern.  This was the Catholic social-action movement, which included thousands of priests and laypeople from across the United States.  The movement’s members organized workers of all faith traditions (or no faith tradition), particularly in the burgeoning industrial unions of the Congress of Industrial Organizations (CIO) and helped these workers to get fairer collective-bargaining agreements and a greater voice in determining their economic destinies.

The most notable feature of this movement is that by and large, its activists collaborated with reform socialists of every stripe. The partnership of Catholic social action and democratic socialism achieved many worker-justice triumphs, a prime example being the Walter Reuther-led coalition in the United Auto Workers union.  Catholic social actionists formed the margin of victory in that coalition as it gained ascendancy in the union in 1946 and elected Reuther to the UAW presidency in October of that year.

“Show us your books,” Reuther famously challenged General Motors in the UAW’s landmark 1945-46 strike, after GM claimed that it couldn’t comply with the union’s demand that the company give workers a 30% wage increase without raising the prices of its cars.  Had this demand succeeded, it would have cleared the way for all U.S. unions to make similar demands.  Interestingly, the Reuther/UAW proposal was opposed by both GM and the union’s communist faction (part of a massive communist presence in the CIO, which expelled 11 communist-dominated unions in 1949-50).

John Cort, Michael Harrington, and their activist cohort knew from their earliest days of social activism that they were fighting a two-front war, against unrestrained capitalism on the one hand and against totalitarian, Leninist communists on the other. The latter, in their post-Popular Front days, functioned, in Harrington’s words, “as pawns of Russian foreign policy.”  However, communism’s global implosion in the last years of the 20th century, coupled with U.S. economic stagnation brought about by the Great Recession of this century, presents democratic socialists with an unparalleled opportunity.

Our nation is now at its most-fateful crossroads.  We need to push to the utmost the case that DSA and other social-justice activists are making that what this country needs more than anything else is an economic system that fairly distributes the nation’s resources and gives American workers greater shares of, and greater voices in, the enterprises in which these workers participate. 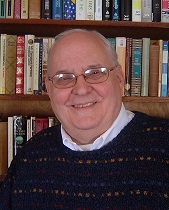 Retired historian and writer Kimball Baker is the author of “Go to the Worker": America's Labor Apostles, a history of the Catholic social action movement of the mid-1930s through mid-1950s (Marquette University Press, 2010).  He and lectures and writes on history and social-justice topics. Find ou more about Kimball's work at https://gototheworker.wordpress.com/ and https://www.facebook.com/pages/Go-To-The-Worker/117414158272904.