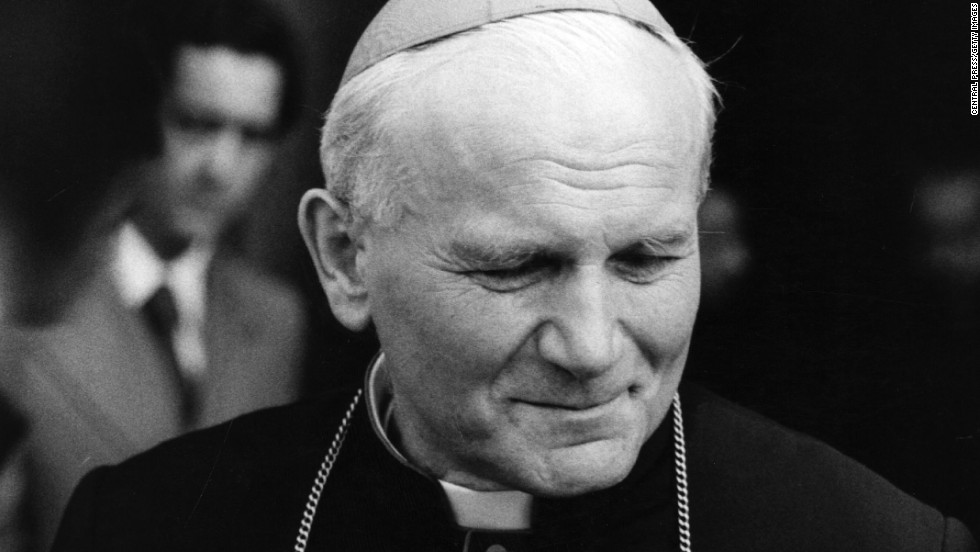 The Catholic Church celebrated the feast day of St. John Paul II on Oct. 22. John Paul, who was pope from 1978 to 2005, was canonized, that is, declared a saint, by Pope Francis in 2014. It is appropriate at this moment for religious socialists to recall his contribution to the ever-growing body of Catholic social doctrine to which we have recourse.

Three of John Paul’s encyclical letters dealt directly with social conditions. The first was Laborem exercens (On Human Work) in 1981, which John Cort in his book Christian Socialism (1988) called “the most radical statement of all” the papal encyclicals issued since the mid-20th century. A brief excerpt will suffice here. Italics are in the original text.

There is a confusion or even a reversal of the order laid down from the beginning by the words of the Book of Genesis: man is treated as an instrument of production, whereas he—he alone, independently of the work he does—ought to be treated as the effective subject of work and its true maker and creator. Precisely this reversal of order, whatever the program or name under which it occurs, should rightly be called "capitalism." (LE 7)

In consideration of human labor and of common access to the goods meant for man, one cannot exclude the socialization, in suitable conditions, of certain means of production….

The position of “rigid” capitalism continues to remain unacceptable, namely the position that defends the exclusive right to private ownership of the means of production as an untouchable “dogma” of economic life. The principle of respect for work demands that this right should undergo a constructive revision, both in theory and in practice.

The many proposals put forward by experts in Catholic social teaching and by the highest Magisterium of the Church take on special significance: proposals for joint ownership of the means of work, sharing by the workers in the management and/or profits of businesses, so-called shareholding by labor, etc. (LE 14)

Two things are clear from these statements. First, what John Paul calls capitalism is grounded in a theological error about human nature. A person’s labor cannot be separated from the person without violating her dignity. Any efforts to treat human labor as mere property are to be condemned. A corollary to this is that the fruits of labor—especially the means of production, or capital—are to be available to all and shared equitably. This leads to the second point. John Paul did not oppose socialism in principle. Rather, his experience of Communist tyranny and the state’s management of human labor—inept at best, criminal and even genocidal at worst—enabled him to propose a democratic alternative:

Merely taking these means of production (capital) out of the hands of their private owners is not enough to ensure their satisfactory socialization. We can speak of socializing only when the subject character of society is ensured, that is to say, when on the basis of his work each person is fully entitled to consider himself a part-owner of the great workbench at which he is working with every one else. A way towards that goal could be found by associating labor with the ownership of capital, as far as possible, and by producing a wide range of intermediate bodies with economic, social and cultural purposes. (LE 14).

This is the “third way” proposed by John Paul, a bottom-up approach to economic organization, which goes against the top-down control both capitalists (via the corporation) and collectivists (via the state) have put into practice in modern history. If by democratic socialism we mean an ever-broader distribution of ownership of the means of production among more and more workers, then John Paul nails it.

The dignity of the human subject was a constant theme in John Paul’s writings. His next social encyclical, Sollicitudo rei socialis (The Social Concern, 1987), highlighted the need to ground human development objectively in the order of social morality. Centesimus annus (One Hundred Years, 1991), written during the collapse of European Communism, admonished the nations of the West to work toward an integral liberation of all peoples and secure both the material and spiritual well-being of the poor. Neither the failed Marxist state nor the free market economy could satisfy the deepest longings of humanity.

It is well known that John Paul disputed with several proponents of liberation theology, both for their acceptance of insurrection (e.g., Ernesto Cardenal and the Sandinistas) and their tendency to secularize the Kingdom of God, in witness of which they proposed revolutionary transformations. He suspected that Marxism was being used as more than a tool of social analysis useful to Christian social action. He worried that Marxist theories of anthropology and political economy were being too readily applied, leading some well-regarded theologians, Gustavo Gutierrez among them, to advocate the abolition of private ownership of the means of production. John Paul lived in Poland for 30 years under a centrally planned command economy. He can be forgiven for being dubious about collectivization.

Let us concede that some aspects of Christian and Marxist philosophy are irreconcilable. But let us also grant that concordances exist between liberation theology and John Paul’s teaching on the meaning and ends of human labor. And John Cort notes in Christian Socialism that John Paul supported Christian base communities in Latin America, from which various theologies of liberation were generated.

These days, Catholics are rightly outraged by the repeated failures of their bishops to put the safety of children and vulnerable people above the protection of church power. As pope when the abuse crisis became visible, John Paul bears responsibility for failing to do justice for survivors of predatory priests. In this moment of grief, I am encouraged by ordinary Catholics’ assertion of the dignity of the human person and their clamor for radical reform. I hope their newfound sense of personal dignity will embolden them to take care of one another, not only at church, but also in the workplace. For we should also be outraged by the failure of the high priests of capitalism to put the prosperity and safety of workers above the protection of property and profits. May we take encouragement from John Paul II, (flawed) saint and friend of workers.