Should we celebrate or mourn on Juneteenth 2022? 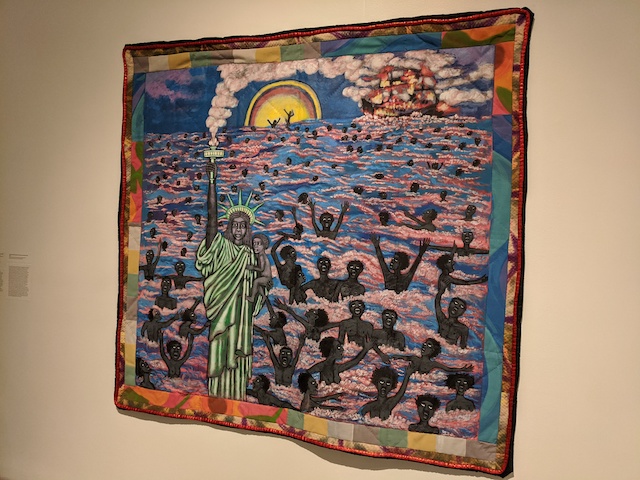 This year, June 19, 2022—or, really, Monday, June 20, 2022—will be the second year that Juneteenth or “Black Independence Day” will be recognized as a  national holiday in the United States.  Is this a time for celebration or mourning?

Can we joyfully participate in parades and picnics when the shadow of grief and horror over the racist massacre of Black people in Buffalo by a young white supremacist just a month before chills our hearts and spirits?

Can we cheer on speeches and sermons on Sunday, June 19, when Friday, June 17 will mark the seven-year anniversary of another massacre of Black people—the nine congregants of Mother Emanuel AME Church in Charleston South Carolina?

Can we enjoy a day of Black “independence” when our hearts remain heavy with the loss of Brown lives—19 children and 2 teachers at school in Uvalde Texas—who were shot and left to die as police stood by for over one hour before intervening?

The solemn remembrance of these martyrs (a few among so many more) underscores the fact that the work of Black liberation—indeed the work of liberation for all—is far from done. We need to avoid both the trap of thinking that the performances—politicians making speeches and turning up at Black churches—hold more than symbolic meaning and the trap of falling into despair in the face of the continued killings of Black people at the hands of violent white people as well as the police.

The very history of Juneteenth reflects the complicated history of African Americans in this country. Juneteenth marks the date –June 19, 1865—when enslaved African Americans in Texas were informed by Union soldiers that they were free and indeed had been free since the Emancipation Proclamation issued by President Abraham Lincoln on January 1, 1863. Although it’s been celebrated in Texas and other states and localities since its beginning, federal recognition is seen as a public acknowledgment that  July 4, 1776 is not the day of Independence for all Americans.

But were all African Americans even free on June 19, 1865? Recall that the Emancipation Proclamation was issued as the Civil War raged—it specifically freed only enslaved people in the Confederate states, not all enslaved people in the country. By January 31, 1865, Congress had passed the Thirteenth Amendment, which did abolish slavery (in its most obvious and historical form) nationwide, but the amendment still needed the requisite number of states to ratify it for it to become law—which did not happen until December 6, 1865. Thus, in June 1865, African American Texans were informed of a freedom that had been theirs from 1863, but African Americans who were enslaved in the Union parts of the nation were still legally enslaved on Juneteenth 1865.

And so it goes with our rituals and myths—the stories told tend to be white-washed versions of more complicated and ugly truths. Using the truth, how can we commemorate this new holiday? For those of us who are people of faith and on the Left,our spiritual beliefs and teachings can be a help.

My own faith teachings are anchored in a Christian-derived but openly eclectic spiritual teaching called New Thought. Started in the late 19th and early 20th centuries, New Thought embraces the shared spiritual Truths of all the world’s religious and spiritual paths---most especially that we are all one, the children of a loving God, a Creative Intelligence, and made in that Creator’s image. Our understanding of being made in the image and likeness of God is not only that we are all equal and equally beloved of God but that we are all equally endowed with all of God’s creative powers. As the great prophet and master teacher Yeshua, also known as Jesus, said in John 14:12 “Very truly  I tell you the one who believes in me will also do the works that I do and, in fact, will do greater works than these.”

New Thought understanding of believing “in me” does not mean that one must be a Christian of any particular kind or a Christian at all: it means that one recognizes in oneself the divine and creative power to change  the circumstances of one’s life. As New Thought minister Jesse Jennings has said, “What New Thought metaphysics offers is the idea that by redirecting our thoughts and feelings before outer conditions have changed, we furnish them a template of what to change into.”   We have the power individually and collectively to imagine and to make manifest a world radically different from what we see now.

New Thought teachings have been notoriously focused (for me, overly focused) on personal spiritual development over collective and social spiritual activism. But New Thought leader Ernest Holmes gave a speech in 1950  where he openly applied New Thought teachings to both prayer and action. His words were from and for another time [hence the gendered pronouns], yet they speak to our own moment and time on Juneteenth 2022: “ There seem to be two attitudes we can assume. One is calmness, faith and conviction; the other, despair.  And despair is unthinkable. Let’s then, each in his own way, dedicate his time, his service, his hope and his spiritual conviction to the common cause of liberty and justice for all. And let’s work without tiring and pray without ceasing.”

More contemporary New Thought leaders are more direct about the work that New Thought followers must embrace: “First we have to lean into the radical implication of our oneness. The moment we claim the principle of oneness in our lives is the same moment we can no longer separate ourselves from the pain of the world. Second, we have to acknowledge our radical responsibility as co-creators of our current reality—not getting lost in the past but accepting responsibility for the right now. We must demand the systems of inequity change by telling the truth, but without shame or guilt—instead with a mature grounding in our power.” (Rev. Dr. David Alexander- SOM May 2021 pp. 14-15)

We are all infused with a creative power, and regardless of current circumstances, we can use that power to change things for the good of all. We can use this Juneteenth to mourn—we must remember those who have joined our ancestors and the ancestors themselves. Their sacrifices strengthen our resolve to continue. We can also use Juneteenth to “picnic”---by that I mean to use the time off to create sacred moments with friends and families, compañeros and comrades, to rest and restore our bodies, minds, and spirits. And we can use this Juneteenth to remember that beyond the speeches and performances, we must work to demand real changes.

Speeches opposing killings and celebrating “independence” day are not enough. We must look for concrete actions that improve the lives of working people and undermine systemic inequality and white supremacy, such as  universal “Medicare for all” health care including mental health support, the cancellation of student debt, the strengthening of  voting rights at the federal level, the support of workers unions and cooperatives as alternatives to the current economic structure, and reparations for African Americans as well as Indigenous peoples.

Even in these dark times, we can hold on to hope. I want to end with a reframing of the Apostle Paul’s words (Romans 8:14) by New Thought leader Will Coleman: “. . . For you have not been given a mind or breath or spirit of slavery to be terrorized, but you have been given the breath of Divine Children such that we can call out ‘Abba,’ dear Father, and ‘Ima,’ dear Mother.  We can call Abba and be heard. We can call Ima and be sustained, supported, and nurtured socially, interpersonally, economically, ecologically. And so it is. And so WE make it so. Amen. Ashe.”

Isabelle Gunning (she/her) is a law professor in Los Angeles, California. She is also licensed as a practitioner/spiritual counselor by her home church, the Agape International Spiritual Center.