Skeletons and the Sacred: On Horror, Halloween, and Holy Fear 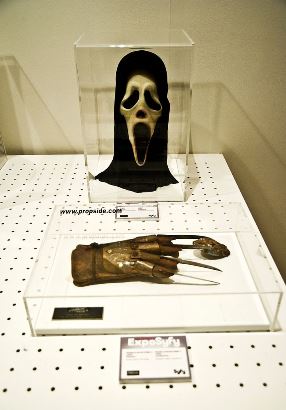 As a Protestant Christian minister, I often surprise folks at dinner parties and in worship services when I express my undying love for all things “horror.” It’s a love affair that’s lasted for three decades, one that encapsulates all the necessary subgenres (the supernatural tales, the monster mashes, the slasher flicks, the psychological thrillers). My obsessions with fictional evil, violence, and fear can seem incongruous with the hope and faith that are supposed to accompany the classic image of my vocation. Somewhere along the way, the mysteries that feed horror media and the mysteries that feed our faith traditions split, and the chasm between them often seems wide and unnavigable. But my little six-year-old self noted the connection way back when I saw my first horror film, A Nightmare on Elm Street. Thirty years later, I still see the connection. As director Wes Craven said, “Horror films don’t create fear. They release it,” and, at its best, religion can do the same.

The problem comes when, instead of releasing fear, both horror and religion propagate and incite fear and allow that fear to overwhelm us. Exhibit A from our history: the hearings, prosecutions, and executions that occurred in New England between February of 1692 and May of 1693, most popularly known as the Salem witch trials, though not all of the events took place in Salem Town proper. This period of widespread fear and mass hysteria has many parallels throughout the world, but it stands as a uniquely shameful stain on a period of time when the English colonies were in their pimply adolescence, still figuring out how to pursue an independence from their parent country, but too young and frightened to resist getting caught up in familiar horrors in a new and unfamiliar land.

Over a period of fourteen months, more than two hundred people were accused of “witchcraft,” twenty were executed, and five others died in prison. This type of fear-based, accusation-laden period was far from unprecedented. Europe itself was just coming out of a centuries-long witchcraft craze, during which thousands of people, mostly women, had been legally sent to their deaths. But what is particularly fascinating about the New England witchcraft craze is how specifically its roots intertwine with the emotional and physical state of the colonies at that time.

Directly preceding the start of this New England hysteria, the First and Second Indian Wars had wracked certain colonies, forcing the European inhabitants of those settlements to seek refuge in the Essex area of Massachusetts. Essentially, on the eve of the colonial witch trials, we know that Salem and its environs were dealing with a refugee crisis that threatened to tear it apart. The idea of “the Devil” working among humans was a tried-and-true superstition, but a young settlement fearing a lack of resources was primed and ready for the kind of hysteria that took hold.

We have very little wholly trustworthy historical documentation to go on when we approach what happened during those fourteen months. Accusations are confused, names among accusers and accused are similar, and the bias of the court recordings is clearly stacked against those on trial. But one thing is certain: fear took over, very quickly, and neighbor turned against neighbor. The first accusations came from the daughter of Salem’s only ordained minister, her cousin, and another young girl. They began to suffer fits and outbursts, and these were seen to be the work of the supernatural. Initial blame fell to three of the most oppressed outsider women in the colony: a slave, a beggar, and an impoverished elder. From this convenient launching point, the accusations grew and festered, stretching to ensnare beloved and respected members of the community and, by the time those still in prison were pardoned in May of 1693, the damage inflicted on the young colonies was done, with deep wounds that would reverberate for centuries.

You may ask what this history has to do with a minister’s love of horror media. And some may question the digging up of this very real and very familiar series of religiously motivated incidents at a time of year when the broad idea of “witchcraft” and ghoulishness are lifted up as silly celebrations in our Halloween sugar-daze. I wouldn’t argue that the horror genre is for everyone, but I would argue that the horror medium, at its best, invites us to encounter the fear that dwells inside all of us, to embrace that fear as something natural and mysterious, and to let that fear go, instead of letting it fester inside us and legitimizing it as reality. Religion, at its best, can do the same. When we gather to explore mystery and fear, we have the power to work out, in community, an antidote to that fear and an embrace of a mystery that is larger than all of our fear.

Some Christians have condemned embracing the pagan roots of this season, but actively embracing those roots might offer a way of using its more frightening details to transform, rather than to hide. Hiding leaves us in our own silos, legitimizing fear, while encountering and interrogating that fear can lead to something beyond it.

One of Wes Craven’s producers once said he feared he didn’t know how to produce a scary movie, and Craven countered by saying, “Well, you were raised a fundamentalist. Just pull all the skeletons out of your closet.” In a time when our political parties are warring in ways that frighten even the most stalwart and when racial, ethnic, religious, gender, class and other divisions are legitimizing hate and fear in newly horrific ways, we owe it to ourselves to pull all of our skeletons out of the closet, to encounter our historical and current fear, accept it, and transform it into creative action that seeks to expand the circle, instead of closing it. Religion, having served as the root of so much fear, also has the power to confront us with mystery, to invite us to question our assumptions, and to live outside the fearful walls we build when we allow fear to fester. Religion, when it embraces mystery and interrogates assumptions, resists the temptation to create fear, and instead helps us to release it and ourselves.

Micah Bucey is associate pastor of Judson Memorial Church and a member of INTERFILM.