The Religious Socialist Roots of the March on Washington 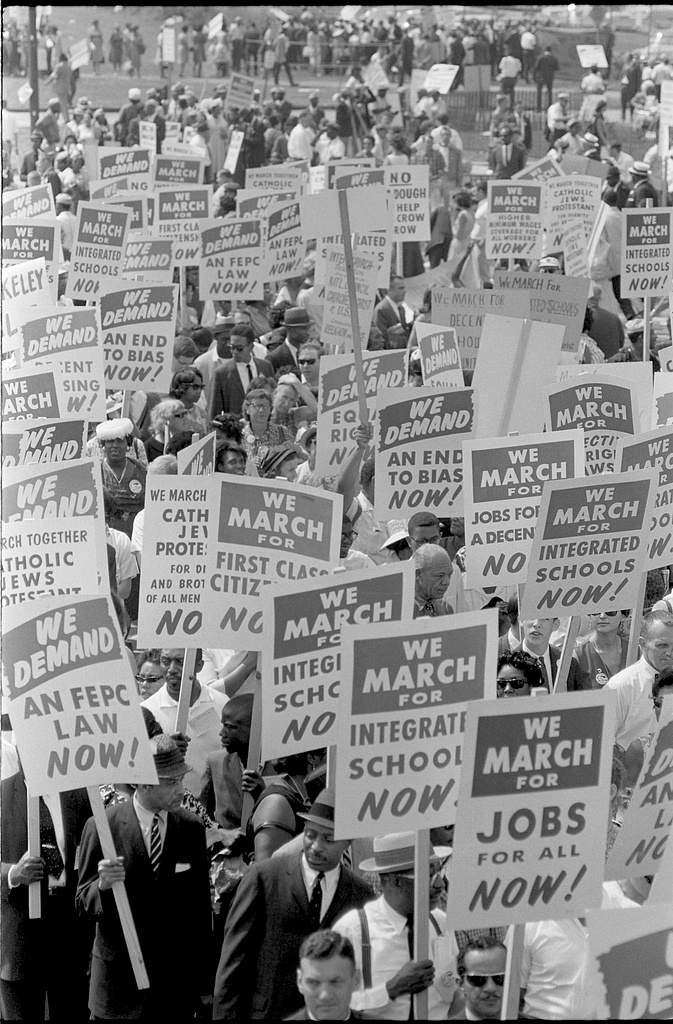 This week marks the 57th anniversary of one of the most important human rights actions in U.S. history, the August 28, 1963 March on Washington for Jobs and Freedom.

On that day, a quarter-million people from across the country converged on the capital for a massive, peaceful demonstration. They gathered on the National Mall and listened along with a nationwide live television audience to a program that concluded with Dr. Martin Luther King, Jr.’s iconic “I Have a Dream” speech. Congressman John Lewis, who died last month, was the last living speaker from the march.

And it was the work of religious socialists.

The chief organizers of the march were longtime socialists A. Philip Randolph, the son of an AME minister, and Bayard Rustin, a Quaker. “If the Church, white or black, is to express the true philosophy of Jesus Christ, Himself a worker,” Randolph said, “It will not lend itself to the creed of oppressive capitalism which would deny to the servant his just hire.”  The event was funded by labor unions led by socialists, including the United Auto Workers and International Ladies’ Garment Workers Union.

William P. Jones, writing in the Spring, 2013 issue of Dissent, said the March’s themes reflected the priorities of its religious socialist organizers. “March leaders insisted that such racially egalitarian measures (as civil rights laws) would be ineffective unless coupled with a minimum wage increase, extension of federal labor protections to workers in agriculture, domestic service, and the public sector, and a ‘massive federal program to train and place all unemployed workers—Negro and white—on meaningful and dignified jobs at decent wages.’”

To read Jones’ article on the March click here. To read Harold Meyerson’s American Prospect article from the same year, “The Socialists Who Made the March on Washington,” click here.

Photograph by Marion S. Trikoso, available through the Library of Congress