The Revelation of Shavuot: Covenants of Solidarity 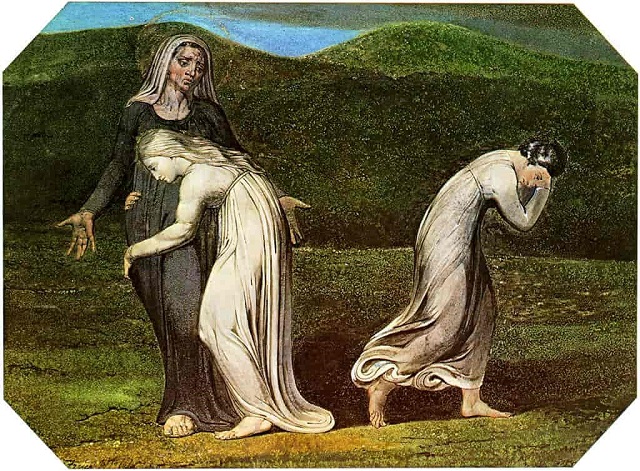 This week marks the Jewish holiday of Shavuot, in which we celebrate receiving the Torah at Mt. Sinai. Shavuot can be translated in English to mean “Feast of Weeks,” because Shavuot arrives seven weeks after the first day of Passover.

For brief context, Passover marks the Exodus from Egypt, in which God freed the Israelite people from exploitation under Pharaoh, starting them on the journey to the land of milk and honey. The Exodus story has represented struggles against domination for centuries. The Israelites, newly freed, cautious, and vulnerable, had to wait 49 days to receive their covenant and 40 years before they set foot on the Promised Land. But they remain faithful to their covenant, with a healthy dose of kvetching (complaining) along the way.

The Rabbinic tradition maintains that to celebrate Shavuot, to commemorate the covenant forged at Sinai, we read from the Book of Ruth. This story begins amid a famine ravaging the land of Judah, where we meet Elimelech; his wife, Naomi; and their two sons, Machlon and Chilyon. Desperate to escape starvation, the family flees to Moab, described most often in the Bible as enemy territory. Elimelech dies following their arrival, leaving Naomi widowed and their two sons fatherless. Both sons marry Moabite women, Ruth and Orpah. When Machlon and Chilyon die, however, all three women have been left widowed and childless. The political economy of the Bible functions similarly to that of a Jane Austen novel: without the protection of men, the women face homelessness and worse.

When Naomi gets word that food has been restored to the land of Judah, she opts to return. Orpah and Ruth seem willing to accompany her, but Naomi urges her daughters-in-law to consider their own wellbeing first. She urges them to “turn back, my daughters…. Even if I thought there was hope for me, even if I were married tonight and I also bore sons, should you wait for them to grow up? Should you on their account debar yourselves from marriage? […] My lot is far more bitter than yours.” The women weep, and Orpah says goodbye. Ruth, however, insists on staying. In a remarkable gesture of solidarity, she vows, “Do not urge me to leave you, to turn back and not follow you. For wherever you go, I will go; wherever you lodge, I will lodge; your people shall be my people, and your God my God. Where you will die, I will die, and there I will be buried. Thus and more may the LORD do to me if anything but death parts me from you.”

Although every odd is stacked against her, Ruth insists on standing by Naomi. In the end, Ruth gives birth to a son who will become the grandfather of the great King David. Through solidarity comes hope; new possibilities; and in this case, new life. The Story of Ruth teaches us that solidarity can be tested in precisely the moments it would be most convenient to look away. In the most trying times, we often experience our own revelations when we witness who shows up, who sticks around, and who disappears altogether.

Today, many observe Shavuot by staying up throughout the night to commemorate the experience of those standing at Sinai, who waited in nervous anticipation for a sign that God would not abandon them. Rabbi Yitz Greenberg, citing the teaching of Rabbi Joseph B. Soloveitchik, describes the goal of the covenant as “the completion of being, the full realization of humanness….[the covenant] is a turning of the whole person to the other, the two are bound together in a wholeness that transcends all the particulars of interest and advantage.”

This is the solidarity of socialism, the solidarity between comrades. It is the solidarity of Eugene V. Debs, echoed in his famous words that “while there is a lower class, I am in it, while there is a criminal element, I am of it, and while there is a soul in prison, I am not free.” All too often, capitalists cynically fan the flames of racism and sexism, and any available sort of bigotry and oppression to thwart worker solidarity. Reading the Book of Ruth each year on Shavuot reminds us of the bonds that transcend the particulars of interest and advantage, of an unbreakable solidarity that sees and fights for our shared humanity, for the full realization of God’s image in each and every person.

Of course, history has challenged the covenant time and time again with horrific acts of cruelty. Where is the God of the covenant when Benjamin Netanyahu recklessly orders the bombing of the Palestinian people? In what kind of promised land do Israeli security forces tear gas Palestinians gathered in prayer at one the most sacred sites in the Holy City? What kind of democracy can exist in a land where parents fear for the safety of their children against one of the most technologically-advanced armies in the world?

I see the covenant renewed in the masses of people who have shown up demanding an end to the violence, an end to weapons sales, and an end to the Occupation. On May 15 in Los Angeles, we saw the largest demonstration for Palestine in the city’s history. The Non-governmental Organization Human Rights Watch recently issued a report finding that “Israeli authorities are committing the crimes against humanity of apartheid and persecution.”

On a personal level, it has been especially touching for me to see the overwhelming number of progressive Jews of all ages proclaiming loudly and proudly, “Not In My Name.” Now, more than ever before, people are manifesting the bold and uncompromising solidarity of Ruth.

Shavuot is a time of celebration. This year, let us celebrate this unprecedented wave of Palestinian solidarity—and enter into covenants with one another even and especially when it is risky, even dangerous to do so. And then, may our revelation become a revolution.

Lili Mandl is a member of DSA-Los Angeles and an incoming rabbinical student.