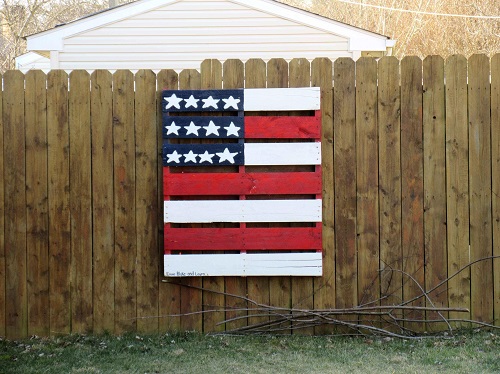 In the late spring of 2002 I was with a group of people who wanted to explore their feelings about patriotism and nationalism in the post-9/11, post-Afghanistan War period. Like me, many in the room had lived abroad as students and had been forced to examine their feelings about the United States after encountering anti-Americanism. They’d seen their country from afar, with the warts in high relief. They could no longer accept the uncritical history they’d been taught in school. But much as they appreciated the countries they had lived in and whose languages they learned, they, like me, had realized that this is where the heart is. One woman cautioned us: if you have ambivalent feelings about patriotism, deal with them between now and July 4, because coming off of 9/11 and the invasion of Afghanistan, “It’s going to be a hell of a Fourth.”

I repeated that warning to my 17-year-old daughter, who was preparing to spend July in the Navajo Nation. I was sure that out West patriotic fervor would be at a high pitch. “Not where I’m going,” she snorted. “We stole their country; I don’t think they’ll be celebrating.” She was in for a surprise. She ended up staying with a Navajo family of Republican Mormons who flew the flag, thought welfare had ruined their people, took her to a Mormon Sunday School, and yet maintained their ties to the native religion, insisted on living on the reservation, and worked only with Navajos. When the homestay was over, my daughter knew that her assumptions about what “oppressed” people did or didn’t think had been off, but she still thought her host family suffered from what an old leftist might call “false consciousness.”

Whether we call it that or not, many of us who consider ourselves progressive think the same of our fellow Americans. We know too well the sins of our country, sometimes so much so that we dismiss the founding myths as having been formed by white, male slaveholders and therefore unsalvageable. I haven’t been able to fly the flag or say the pledge of allegiance since the Vietnam War years. Still, I wouldn’t live anywhere else.

The current administration has hijacked American myths and language for its purposes, and we’ve responded with such slogans as “Peace is patriotic” or “Dissent is patriotic.” But deep down, I think many of us feel such distaste for flag-waving and patriotic pieties that we don’t sound convincing to our compatriots. And until we can communicate with others who love this country as deeply as we do, we can’t hope to present a politics that will counter the politics of fear coming from Washington.

This problem for the left was put front and center for me last fall when Dissent magazine sponsored a panel on “Patriotism and the Left.” Our panelists argued that even though as leftists we subscribe to universalistic principles and seek justice and peace for everyone in the world, we wouldn’t get far in our own country unless we spoke in the American idiom. They invoked Frederick Douglass, Walt Whitman, William Sloane Coffin, Martin Luther King, Jr., Elizabeth Cady Stanton, Mother Jones, Eugene Debs, Jane Addams, Cesar Chavez, Harvey Milk, and said that the great social movements of class, gender, and race would never have gained momentum without appeals to patriotic ideals. And almost no one in the room got it. What they thought they heard was that we on the left had to adopt the symbols of the right in order to play the game. They didn’t hear that we had to rescue the symbols from the right. We were accused of being self-serving and dishonest if we chose to use patriotic symbols rather than universal ones. Some people cancelled their subscriptions.

One reason why the right’s slogans and ideas have been so compelling is that they’re usually framed in terms of war. The songs are often of a country bought in blood. And even though they might have been “good” wars, as with the “Star Spangled Banner,” which was written after we were attacked, and the “Battle Hymn of the Republic,” which was written in support of troops fighting slavery, we’re uneasy. We know the back story, that the blood was not only our forebears’, but that of the people who were here first and the ones who came in chains. And we know what came later—the imperialist ventures, the betrayal of African Americans after the Civil War. But I want to raise the thought that our difficulty here could be another form of the cultural imperialism we claim to detest. It’s as if no other country has as much to be ashamed of as we do. As if only we have sinned on such a grand scale.

I was in Milan when we invaded Iraq. I stood in the square in front of the Duomo and watched the crowds wave the rainbow flags that proclaimed Pace, or Peace. There was a lot of music, and much of it was American. People were swaying and clapping to “Down by the Riverside” and “Swing Low, Sweet Chariot” as a protest against U.S. policies.

Recently I saw a documentary about Dietrich Bonhoeffer, I learned that he took inspiration from the black churches in the United States. When he founded his own seminary, he made the students listen to the recordings of gospel songs that he had brought back.

In other words, songs that grew out of a religion imposed on the oppressed by the oppressor became universal enough to inspire a small band of resisters in Nazi Germany, thousands of antiwar protesters in an Italian city, and hundreds of thousands in our own country during the civil rights movement.

It is possible to take the symbols of a country we love, to struggle with them, to ask ourselves what we truly love, and from that love to fashion a patriotism that speaks to an inclusive and universal vision.